The EFL’s ‘Not Today or Any Day’ campaign logo will feature on EFL player shirts across the Sky BetChampionship, League One and League Two throughout the 2020/21 season, to reinforce the message that discrimination in any form will not be tolerated across the League.

Launched in October 2019, the ‘Not Today or Any Day’ campaign aims to encourage behavioural and attitude changes at all levels of EFL football and ensure that a zero-tolerance approach to discrimination is embedded throughout our Clubs.

Building on the awareness raised during the 2019/20 season, the logo on player shirts will aim to drive further visibility of the campaign and its message to millions of supporters of EFL Clubs worldwide and will be the first of a number of activities taking place throughout the year across the League.

EFL Chairman/CEO Rick/Dave, said: “Football has a platform like no other to drive change and our ‘Not Today or Any Day’ campaign logo featured across all EFL Club shirts will act as a powerful reminder that the League does not accept discriminatory behaviour in any form.

“Whilst progress has been made in this area, more remains to be done as we work with our Clubs and stakeholders to tackle the issue, actively promote inclusion and diversity across our matchdays and within the wider communities that our Clubs and Club Community Organisations serve.”

The League remains committed to tackling racism and discrimination, standing with all stakeholders, players and managers who oppose prejudiced behaviour in any form.

Through the EFL’s established Equality Code of Practice, League-wide Inclusion Plan and ongoing
dedicated security operations, we will continue to work with all EFL Clubs to further embed equality, diversity and inclusion throughout football.

In addition to the logo on playing shirts, Clubs will continue to show their support for the campaign across their own social media channels as the 2020/21 Sky Bet EFL season kicks off this weekend.

Here at Rotherham United, we pride ourselves on being a club right at the heart of the community and a place that everyone can come to enjoy what we have to offer.

That is why, we are looking forward to proudly supporting the ‘Not Today or Any Day’ message throughout the course of the upcoming season, with the sleeve badges making their debut on our strip in this weekend’s game at Wycombe Wanderers.

Millers captain Richard Wood was keen to speak on behalf of the playing squad about the campaign, taking the opportunity to reinforce the importance of the message as he and his teammates embark upon a new season.

“The ‘Not Today or Any Day’ message is an incredibly important one and is a campaign that the squad are very keen to get behind,” he told www.themillers.co.uk.

“We pride ourselves on the togetherness of the group here and in supporting this important message we hope that we are able to reaffirm how important it is to share that philosophy into the wider community.

“For years and years, people within football have worked hard to tackle the issue of racism and discrimination and we have made significant progress in doing that through a number of excellent campaigns.

“It is our job as players to set the example and this new initiative from the EFL gives us another opportunity to reaffirm our commitment to that message.” 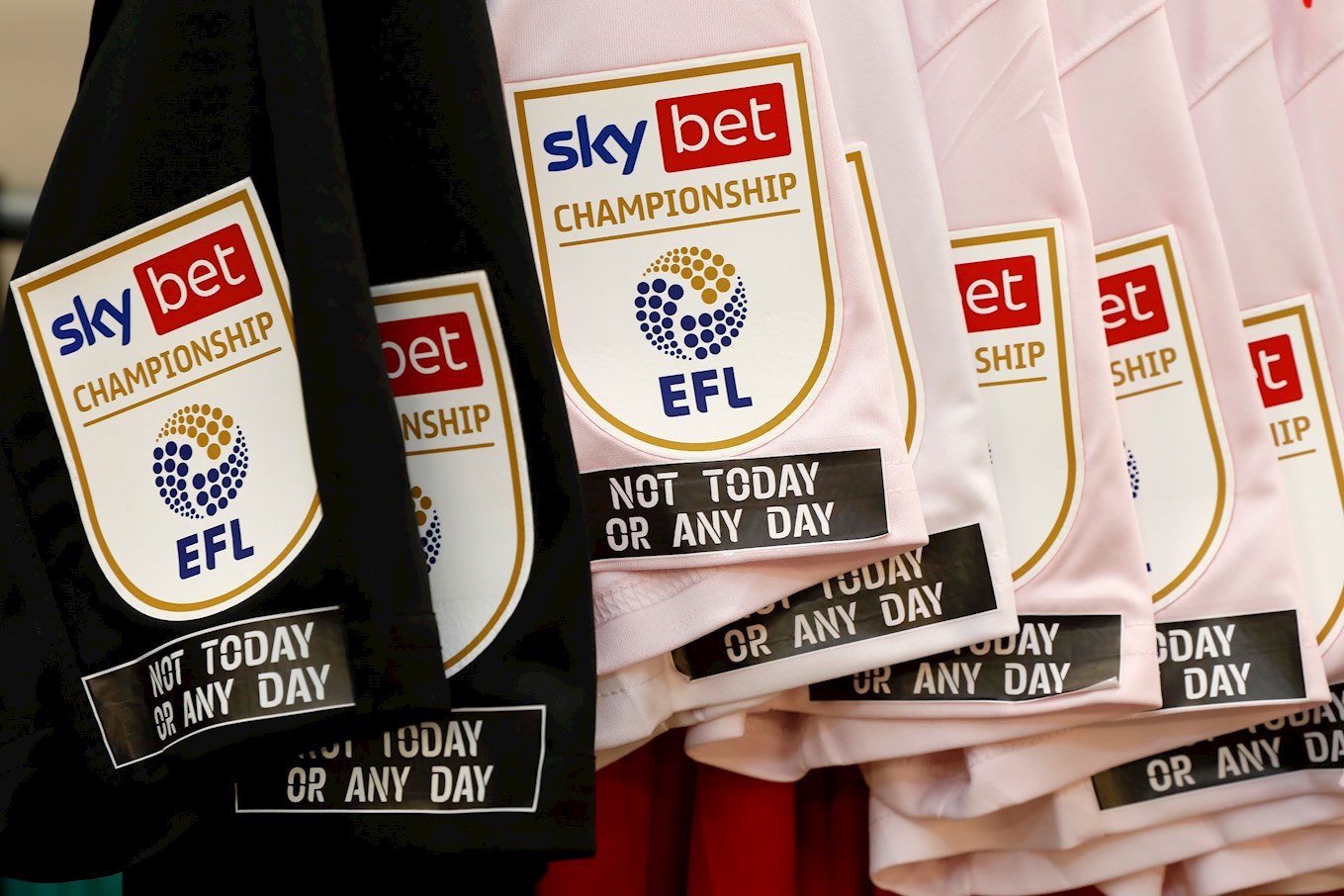