Rotherham United are delighted to have completed a deal with local business Newfox and Hollinbay to add to our portfolio of pitchside perimeter board sponsors, in a deal that sees the local company strengthen their commercial relationship here at AESSEAL New York Stadium.

Newfox and Hollinbay, who are already seasonal 1925 Club members with the Millers, have enhanced their agreement with the club to give their business a pitchside presence of their new branding located on the TV arc beside the Ben Bennett Family Stand.

Whilst supporters are not permitted into stadiums at present, we are confident that our commercial partners are still receiving fantastic exposure around the world through the iFollow Millers platform, as well as international television coverage, which will see each of the club’s home (and away) fixtures streamed to supporters around the globe until the return of fans into stadia. 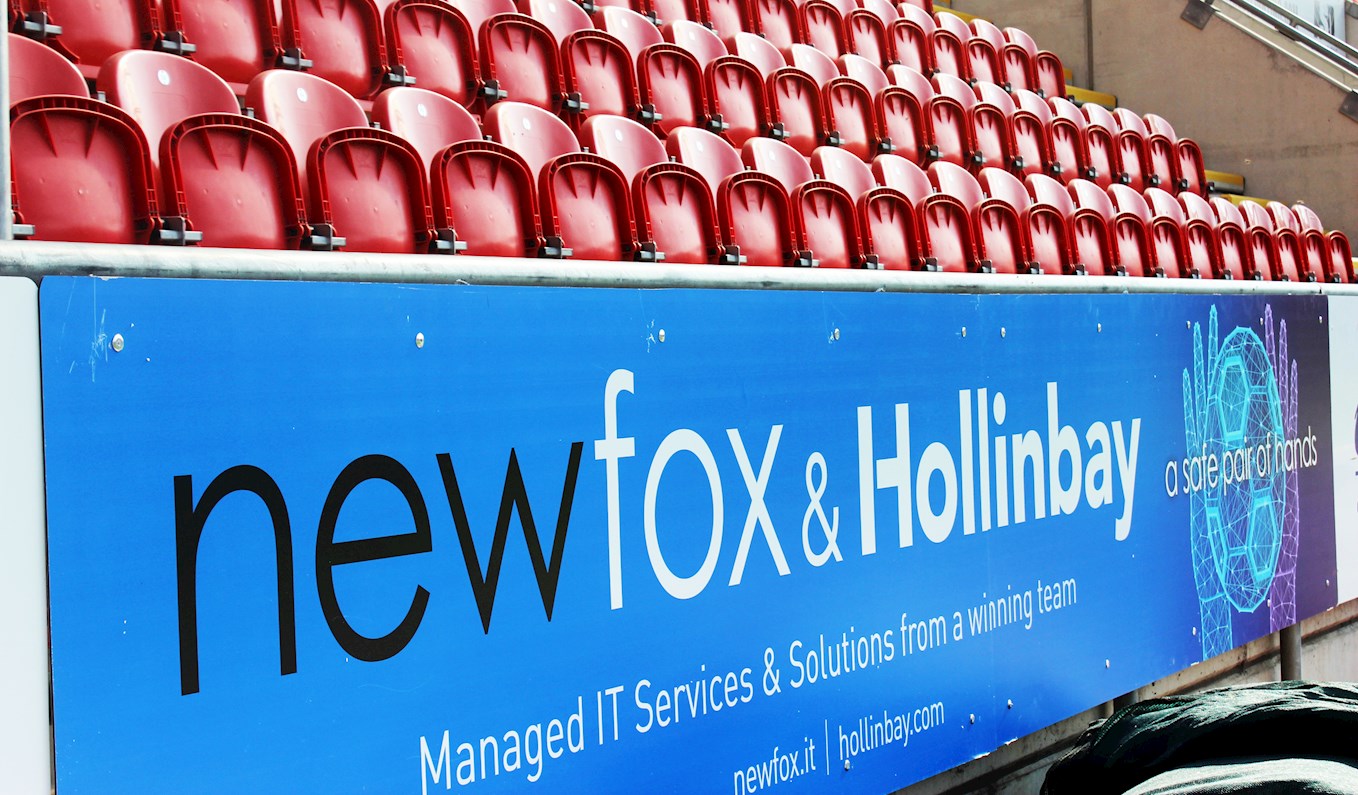 Having agreed the new deal with Kevin Johnson and Craig Owens, Rotherham United Commercial Director Steve Coakley reaffirmed his gratitude to Newfox and Hollinbay, and indeed all of the club’s partners who have been so supportive in recent months.

“This deal is another fine example of how we have all been unequivocally ‘united’ and have stuck with us through some incredibly difficult times, brought about by the outbreak of the COVID-19 pandemic,” he told www.themillers.co.uk.

“We have a strong relationship with New Fox IT and Hollinbay, and we are delighted that they are not only continuing their support with us but have seen the opportunity to further enhance and build upon it during these unprecedented times.

“For me, the solidarity running throughout the club has never been more apparent than in the trying times in which we are currently living and I know I speak behalf on everyone here when I say how grateful we are to supporters and commercial partners alike.”