Rotherham United’s newest recruit George Hirst insists the chance to join Paul Warne’s Sky Bet Championship outfit on loan is a big step in his career following confirmation of his arrival until the end of the 2020/21 season from Leicester City.

In penning a loan deal at AESSEAL New York Stadium, the Millers’ coaching staff end a lengthy pursuit of the now 21-year-old’s signature, who had been on the club’s radar dating back to his time as an Academy prospect at Sheffield Wednesday.

More recently the Sheffield-born frontman enjoyed a brief stint with Belgian side OH Leuven before signing for the Foxes in 2019.

Speaking after completing the necessary paperwork on Tuesday afternoon, Hirst expressed his delight at the opportunity to test himself in the second tier whilst adding that the coaching staff’s persistence in landing his signature played a big part in his decision to join the Millers.

"I'm delighted to get it done. It's a big opportunity for me,” he told www.themillers.co.uk.

"To come to Rotherham and find out that they've been after me for a while was obviously a big part in my decision.

Hirst is an imposing figure standing easily in excess of 6ft tall but despite his obvious physical attributes, has also carved a reputation out for himself as a ‘fox in the box’ type striker.

The former Sheffield Wednesday frontman remained coy when asked if he has any personal targets for his loan with the Millers, but did admit that he is keen to remain amongst the goals upon his return to South Yorkshire.

"I have my own ideas of what is a successful season and what isn't so successful, but we'll take it one game at a time and hopefully get there,” Hirst continued.

"Ultimately, I've come in to score goals. That is my job and I've got my own targets. I won't put them out there, I'll keep them to myself and come the end of the season, if you want to ask me again I'll tell you whether I've met them or not.

"I don't want to give the Gaffer's game plan away too much but all I can say is that he's looked at me and I've spoke to him at length about it - I'm the kind of striker that he's been looking for and I can do well in this team.

"Listening to him talk about how he wants to play was another big factor in me coming here because I feel the way I play and my strengths are hand-in-hand with how the Gaffer wants to play.”

Like the six summer signings who have preceded his arrival at AESSEAL New York Stadium this summer, Hirst was another to do his research on his potential loan destination prior to his arrival, most notably checking in with a familiar face from the King Power Stadium. 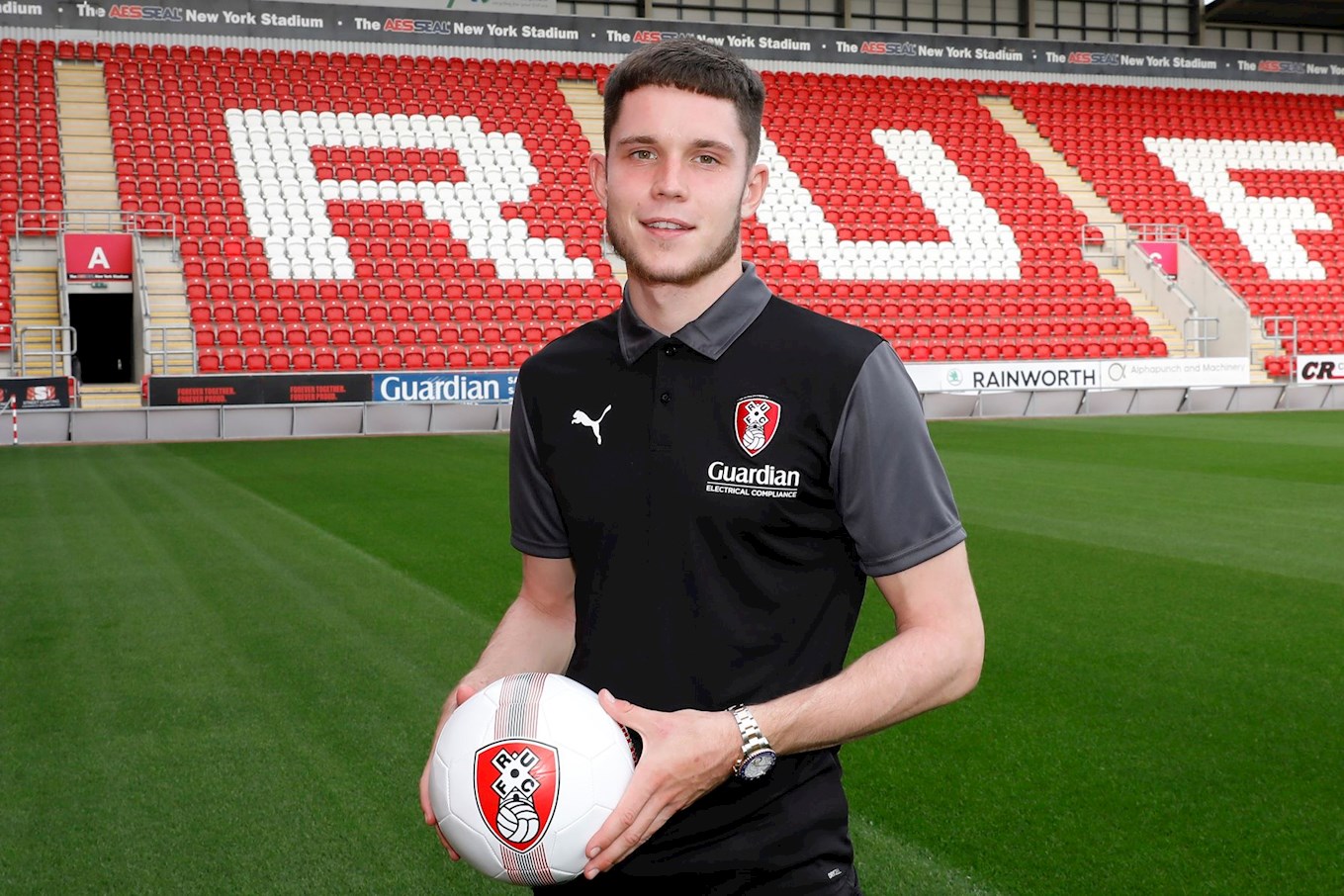 "I had a few conversations and obviously I know Viktor Johansson really well. He was my goalkeeper last season in the Leicester U23s and we get on so well,” he revealed.

"I've had a few Facetime calls with him and I've asked him about the place, the training ground, the staff and the players etc and he only had good things to say which was big for me.”

Having proven himself at youth level and out in Belgium, Hirst is now keen to test himself at Sky Bet Championship level, a feat he believes would be the ‘next step’ in his career.

"I think that was a big step for me [playing in Belgium],” he added.

“It was my first taste of senior men's football and it was as useful off the pitch as it was on it. I learned a lot about myself living away from home for so long and mixing with a group of lads that don't speak the language naturally. For me it was a test getting to know them and them getting to know me.

"That was a good few years ago now so I think since then, I've grown up as a man, as a person and as a player and this is the next step for me now to come and show what I can do at this level.

"To come and do it at Rotherham it feels like a place I can really help the club and the rest of the lads to hopefully have a successful season.”