Paul Warne spoke to members of the local press via a conference call following the announcement from the football authorities that fixtures have been suspended until 30th April 2020.

The full video of the conference call is available to watch here on iFollow Millers.

Warne on finding a conclusion to the season...

"Nothing is at all costs, so not if there are any serious health risks, no chance. Obviously football and sport is important, so it's really weird at weekends at the moment, but nothing comes at all costs.

"I appreciate that we're in an unbelievable position in the league and if we're not able to finish it I'd be disappointed, but not as disappointed as I would be if other things happened. We'd just have to build again for next season and have a right good go at it if it came to that."

“I understand that the season normally has to finish by 1st June but that has now been taken out by the football authorities.

"There is a lot of change and a lot of things that will happen in the future but as much as we all love football, it isn't the most important thing at the moment.

"Hopefully, in weeks and months to come, life will go back to normal and we can enjoy watching the lads run around again.

“As the weeks progress it will become more apparent as to what is going to happen really.

"Things will be out of our control but if we all get through healthy and happy and whatever is to be, is to be, I'm not going to lose sleep about what is going to happen with the football.”

Warne on the recovery of Michael Ihiekwe and Clark Robertson...

"He went and saw a knee specialist in London on Thursday and he convinced Icky through a long chat that he doesn't need the operation as he has enough fibres on the side of his knee to withstand things.

"That will take up to 10 weeks rehab, so potentially he will be available by the time we kick a ball again. I'm hopeful of that and he's walking virtually pain-free, so that's a positive thing and I'm pleased on that front.

"Robbo is also resting his broken foot and he has another scan in three or four weeks, so if he gets the green light he can ramp up his training as well. Potentially in five or six weeks time, we will be closer to having a lot of our defenders back."

Warne on keeping spirits up during the break...

"We're in a fortunate position and I know a lot of people aren't. I have a couple of friends who are self-employed and a real close mate of mine is a fitness coach and he won't earn any money for a while, so we're not moaning about what's happening.

"We are just trying to keep the lads happy, healthy and motivated so we can look forward to the season starting again if it does so. In the meantime, we have to do everything we can in order to make sure they're ready for whenever kick-off is.

"That's the hardest thing because the unknown is difficult, but nobody knows. Hopefully by the time the end of April comes we're through the worst and life comes back to normality, but it's a difficult time for a lot of people. I hope everyone reading this stays healthy.

"The lads are really respectful and they and the staff are really good human beings who are respectful of what is going on. They won't be training next week, but they've all been given a programme to keep them ticking over.

"When it becomes definitive as to the date of our next game, that will be fine. The hardest bit at the moment is just not knowing. I'm just trying to make the right decisions for the lads, their families and the football club."

Warne on keeping the players fresh...

"It's just about keeping training interesting and a little different, but I have no issues with their fitness levels as I trust them implicitly. If they need a few weeks off that's fine because they know how much we ask of them physically - if they came back in bad shape they wouldn't kick a ball for us and they understand that.

"Lads with young kids who aren't at school will struggle for example, so I just want everyone and their families to be in good health. I don't want any more bad news."

Warne on squad’s health at present…

"They're good. They're pretty healthy and we've only got a couple of the lads who aren't so great and I hope everyone who is listening to this interview is alright.

"It is a weird time. As a whole, the group and the staff have been pretty clear.

"Lewis Price's brother has got coronavirus and he has spent some time with him, while he didn't know at the time. He has symptoms so he is self-isolating for two weeks.

"Last Friday before we got the news that the game was off Freddie [Ladapo] phoned up and had a fever, which is obviously a sign. He is also self-isolating for a week. We haven't seen him and we won't see him for a bit.

"Yesterday, Dan Barlaser got called back from Newcastle, they didn't want him to train, they wanted him to self-isolate.

“They kindly contacted me and said this is Newcastle's policy, they want everyone to self-isolate and they'd appreciate if I understood and allowed Dan to do the same thing.

"It is their player, who they have kindly loaned to us and if we were fortunate enough to keep him next year, I need to keep those relationships open.

"We want to keep relationships strong with other teams and respect what they want and so we have.”

"We've been really up front and honest with them. When we got the news that the next game would be 3rd April we just kept everything the same really. We kept training them.

"We have just tried to keep business as usual as best we can, without taking any unnecessary risks.

“We have been giving the lads their spare kit to take home and then when they come into training they are told to turn up in their kit and meet us on the training pitches, just to try and keep the risk to a minimum but to keep them ticking along. 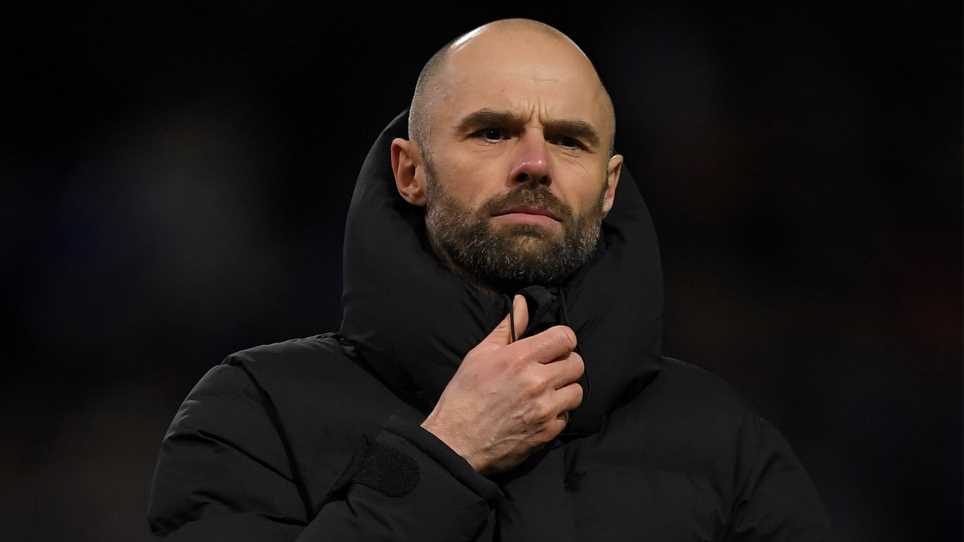 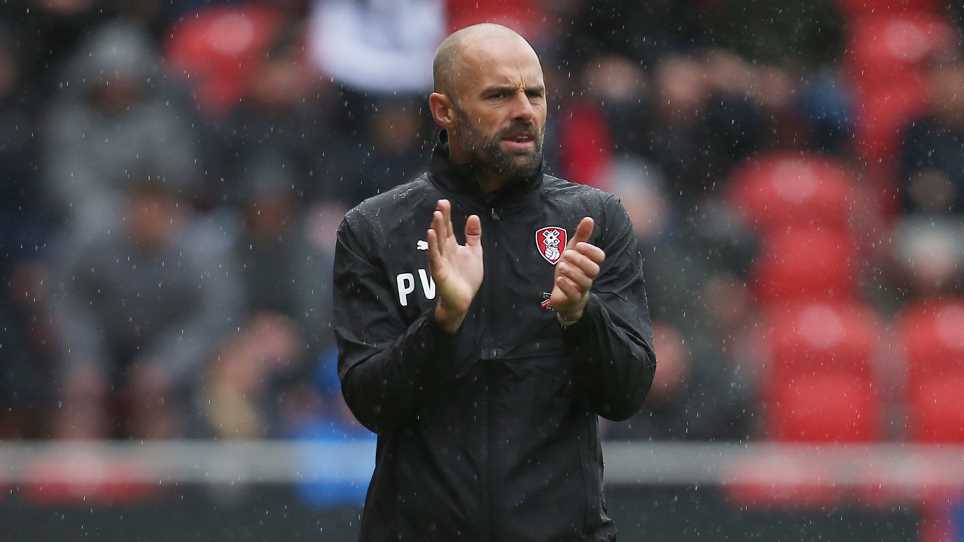 
Rotherham United manager Paul Warne spoke to www.themillers.co.uk ahead of the trip to face Lincoln City at Sincil Bank in the Leasing.com Trophy on Tuesday night. 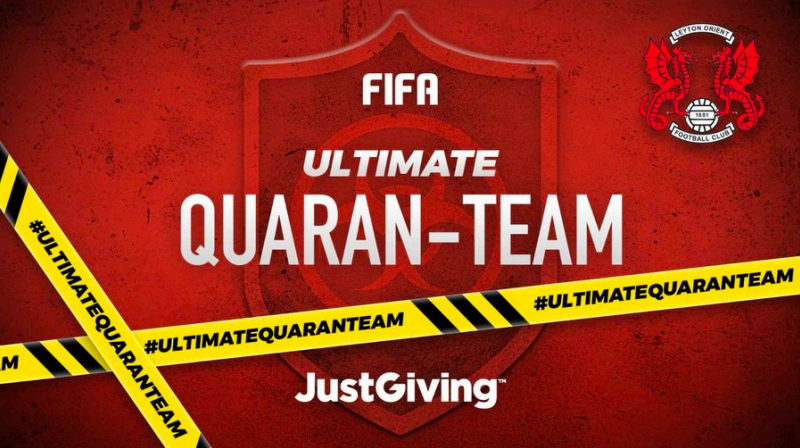 
Rotherham United have been handed a virtual trip to the One Call Stadium to face Mansfield Town in the final 32 of the FIFA Ultimate Quaranteam Cup.


Members of Rotherham United’s first team and staff will be joining the United Kingdom in showing their gratitude to all of our front line workers from the NHS, as they take to their doorsteps,... 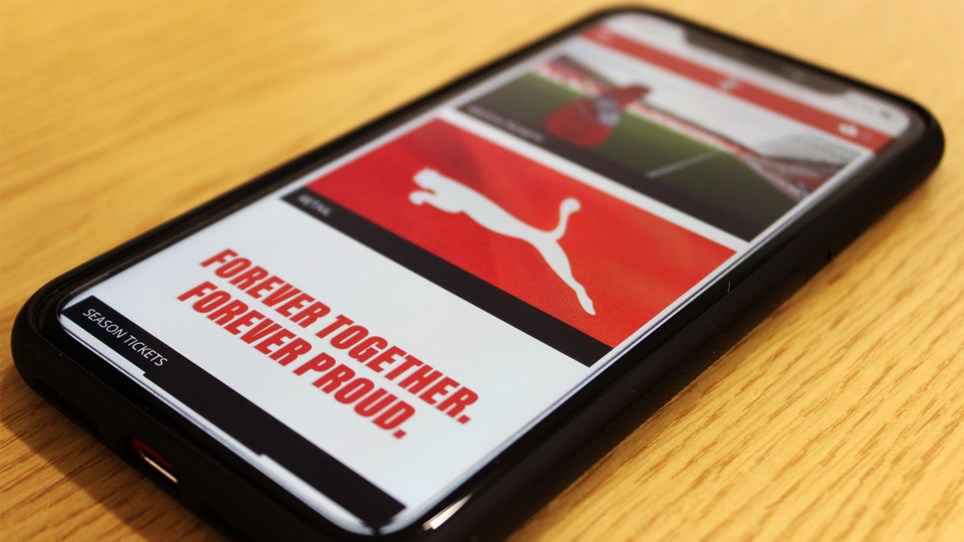 
Following the official statement regarding the reduced day-to-day running of the club’s operations, provisions have been made which will enable the Red and White Shop will to continue to take and...