Rotherham United boss Paul Warne has once again been reinforcing the club’s commitment to the community following his recent delivery of essential shopping items for lifelong supporters John and Margaret Bailey.

Members of Rotherham United’s Community Sports Trust have been regularly in contact with our older and more vulnerable supporters by telephone to check on their well-being during the COVID-19 outbreak, as well as asking whether those that are unable to get to the shops need any supplies.

It was during one of these phone calls that John and Margaret, from Greasbrough, politely asked whether one of the Trust’s team would be able to bring them some essentials along to their home because they weren’t in a position to get to the supermarket.

This request was passed onto our first team manager Paul Warne, who without hesitation, offered to personally deliver essentials including milk and bread to their home in Rotherham on Friday.

As per Government rules, the Millers boss was sure to keep his distance when visiting the couple’s Greasbrough home, leaving the shopping at the door before retreating down the drive, where he enjoyed a chat with the Rotherham United supporting pair. 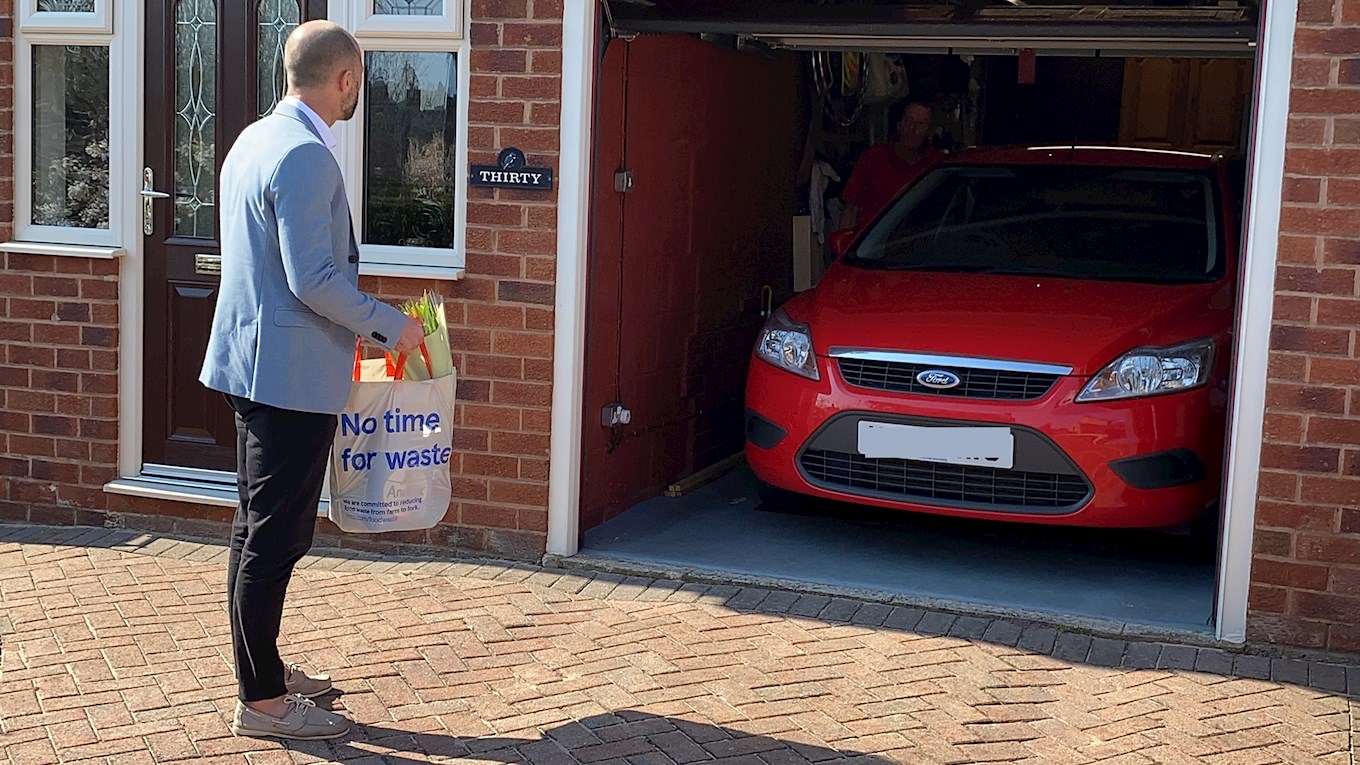 Warne checked up on John and Margaret's health before leaving to return to his managerial duties for the remainder of the day.

Speaking after making the drop-off in Greasbrough, the Rotherham United manager reiterated the importance of looking out for each other during the difficult times in which we are living, whilst adding that it was nice to see the pair smiling after his surprise visit.

“I know that it is tough for us all at the current time, but many of us are still able to get out when necessary for exercise or to the supermarket for shopping,” Warne explained.

“We have to remember that isn’t the case for everybody and there are people out there who cannot put themselves at risk by leaving their homes. It is vitally important that we are able to look out for these people during the COVID-19 outbreak because without help from others, the times we are living in are even more problematic.

“When our Head of Community Jamie Noble told me that John and Margaret needed a bit of shopping I was more than happy to take it along and have a chat. I think it is really important that we check on the mental well-being of those who can’t leave the house as well, so it was great to catch up with them, albeit from a safe distance.

"I know times are hard for a lot of people at the moment, and if there is any way in which the football club can put smiles on faces we'll look to do that.

“On top of that, I wanted our supporters to know that the phone calls that the Community Sports Trust are making aren’t without sincerity. If there is anyone out there that needs a helping hand, get in touch and we’ll do our best to help out.

“It is vitally important that as a football club and a community we all pull together through these strange times in which we are living. If we can follow the Government’s rules and advice, hopefully it won’t be too long before we’re all back down at AESSEAL New York Stadium when it is safe to do so.”