Rotherham United boss Paul Warne has been out in the community to help mark the sporting achievements of youngsters from Greasbrough, Roughwood, Rockingham and Herringthorpe Primary Schools during their virtual sports day.

The UK lockdown didn’t stop the students finding a way to put themselves through their paces at the school’s annual sports day, which this year was held via a Zoom video call in which teachers and pupils alike took on a number of exercise challenges from the comfort of their own homes.

Paul Warne made some socially distanced stops around the Rotherham area to present the four lucky winners with their awards.#rufc | #ForeverTogetherForeverProudhttps://t.co/j294IjUU5c pic.twitter.com/r0jjI21E7a

The Millers staff, including Paul Warne, Matt Hamshaw and Andy Warrington, were all present on the video chat to offer some encouragement, while Richie Barker – a keen athlete in training for a triathlon event – even joined in with some of the events.

The measures in place to ensure the continued safety of the country during the pandemic meant that an official awards ceremony wasn’t possible, but Warney was keen to ensure the prize winners didn’t go without recognition, by personally delivering medals to the front doors of four winners selected at random by their respective schools.

After a socially distanced stop, the Gaffer handed over the medals to the youngsters before enjoying a chat with each family prior to his departure. 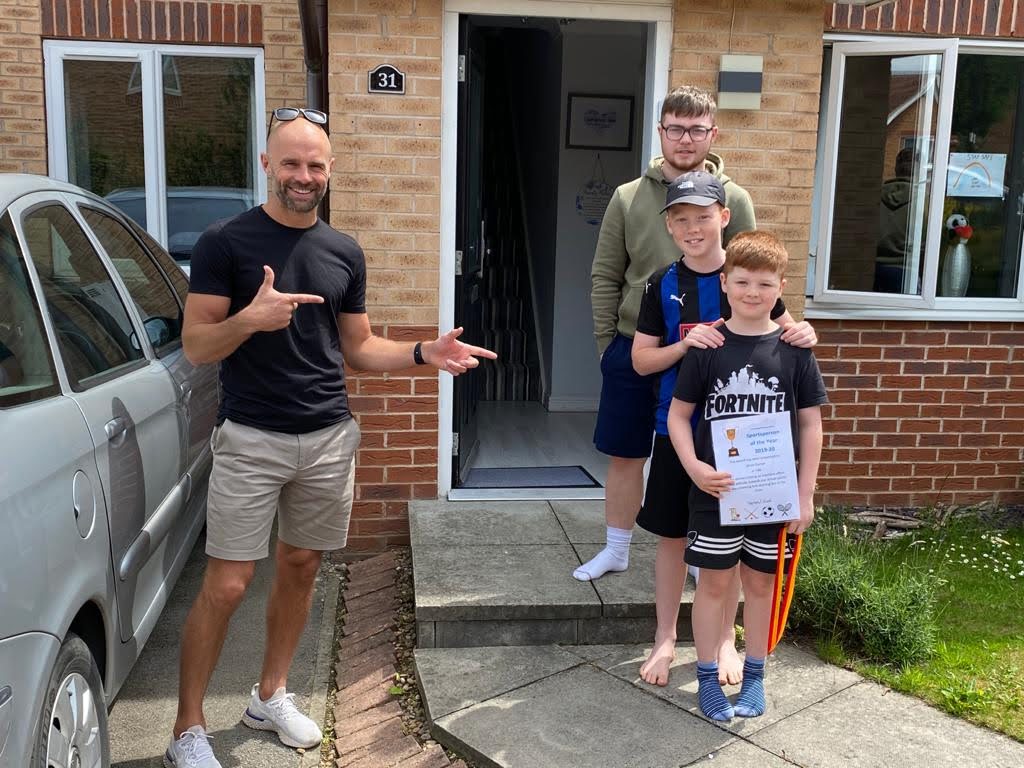 Head of Community Jamie Noble, who was instrumental in the first team staff’s involvement in the virtual sports day was also on hand for the delivery of the silverware and was delighted to see the club once again reiterating its support to the town’s schools whilst adhering the lockdown guidelines. 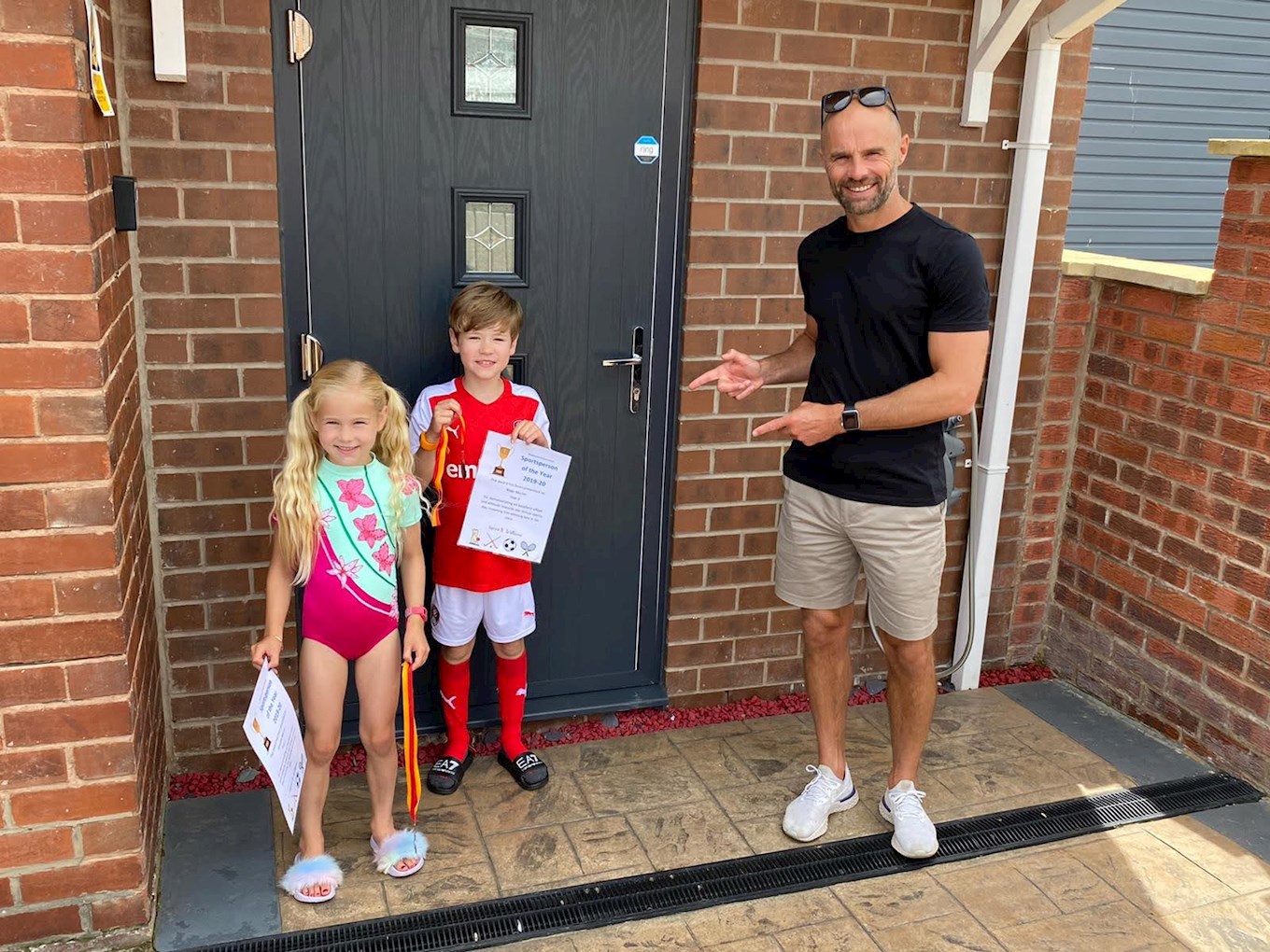 “So much of our work throughout the year involves schools in the area and indeed those youngsters who attend them, so we have been really keen to ensure that we are still able to make an impact on their lives even in the difficult times in which we are currently living,” he told www.themillers.co.uk. 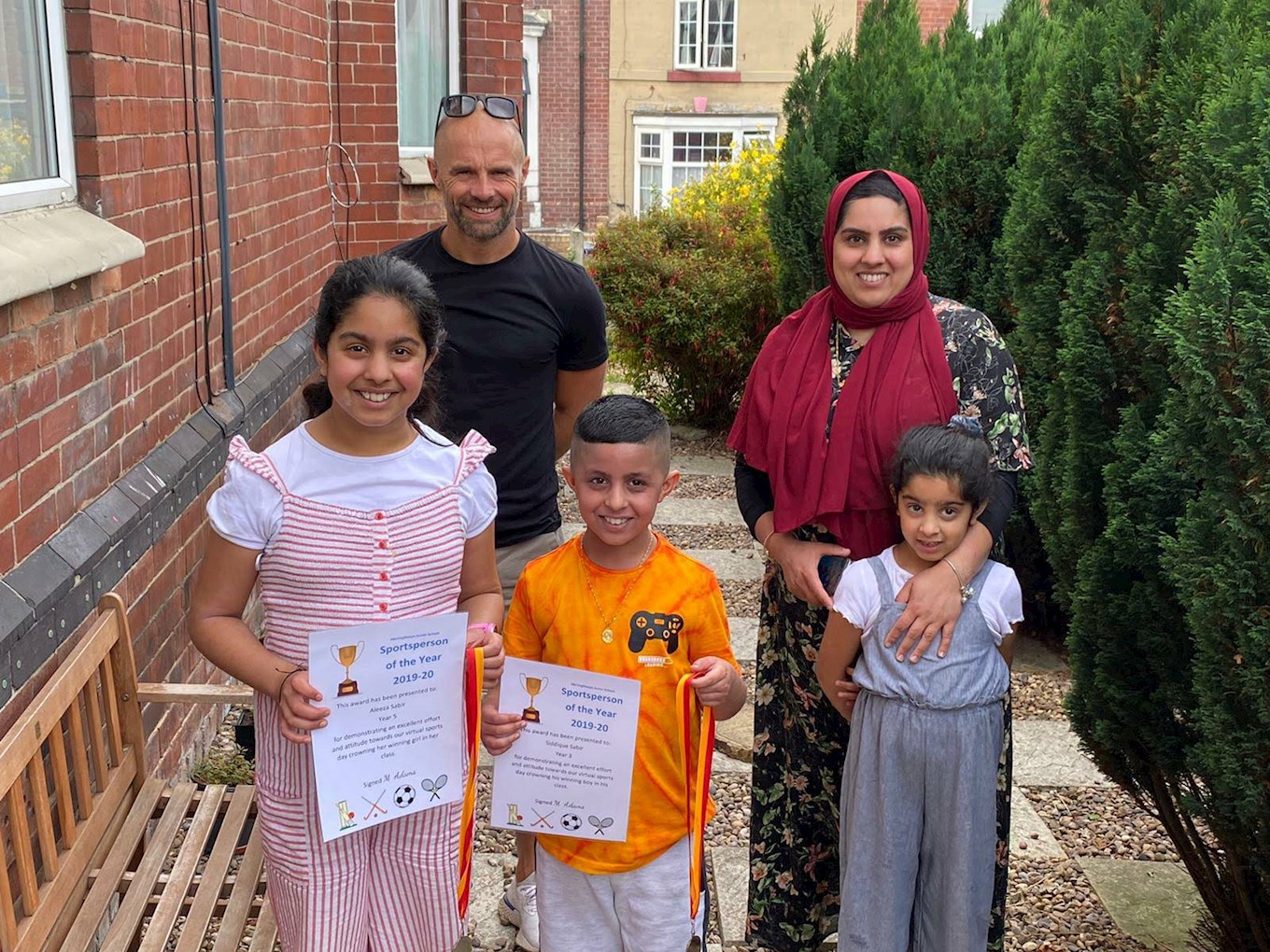 “After bringing the idea of the virtual sports day to the manager’s attention, he was on board with being involved right away and even had Richie Barker competing on behalf of the club!

“The event was brilliant and I think more pupils joined the video call than both ourselves and the teachers were expecting, so it was great to be a part of such a fantastic event.

“Again, upon learning that there were medals for the winners, the manager very kindly agreed to personally hand-deliver them to the respective winners. Despite his busy schedule, he committed a huge portion of his day on Monday to going around various parts of Rotherham to congratulate the students.

“I think there were some very surprised faces when the kids were seeing Paul Warne turn up at their door to hand out a medal, but seeing the smiles made it a very rewarding experience.

“As I have done many times during our time away from football, I would like to say a huge thank you to Paul Warne and all of his staff for their ongoing support of our community projects, it really does mean a lot to us and those organisations that we are working with.

“Whilst I am delighted that we are still engaging with our external partners, it gives me great pleasure to say that we are slowly restarting some of our own programmes.

“We have relaunched the Future Stars programme down at Parkgate Astro this morning and it was great to see so many people back down and enjoying our coaching, albeit with special measures in place in keeping with social distancing guidelines.”

To find out more about the Community Sports Trust’s delivery of the Future Stars programme click here.