Rotherham United are delighted to confirm that youngster Curtis Durose has joined the club’s Academy on a scholarship contract.

Curtis joins the Millers youth ranks ahead of the 2020/21 campaign and will serve a two-year apprenticeship with the club’s Academy.

The midfielder's talents were identified by Head of Academy Richard Hairyes, who was alerted to his availability by his previous club Nottingham Forest and having been impressed by his performances in the youth setup at the City Ground, he was quick to swoop for his services.

Speaking following the player putting pen-to-paper on a scholarship agreement at AESSEAL New York Stadium, Richard expressed his delight at the chance to land his signature.

“We are excited to be able to have convinced Curtis that Rotherham United is the best place for his continued football development," he told www.themillers.co.uk. 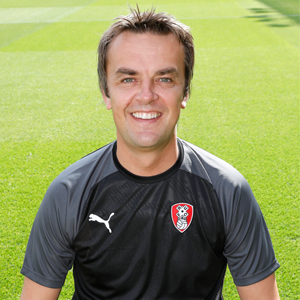 "We had tracked him for some time and had to fight off a lot of interest from other clubs, but Curtis and his family were impressed with our football club and the pathway to potential first team football.

"In spite of that, he had plenty of options, so we were delighted when he informed us that he had chosen to come here. He has already made a number of U18 appearances for us towards the back end of the season and we can’t wait for him to get started with us as a Millers player."