One lucky Junior Miller was given the opportunity to be mascot for the Emirates FA Cup clash against Hull City, and it's safe to say Sam had an amazing afternoon at the AESSEAL New York Stadium.

He was picked at random prior to kick-off in South Yorkshire, and he was overjoyed when he found out that he would be leading the two teams out onto the pitch.

Sam also took up the chance to have a kickabout on the hallowed turf, alongside a mascot that had travelled from Hull.

We hope you enjoyed the experience, Sam! 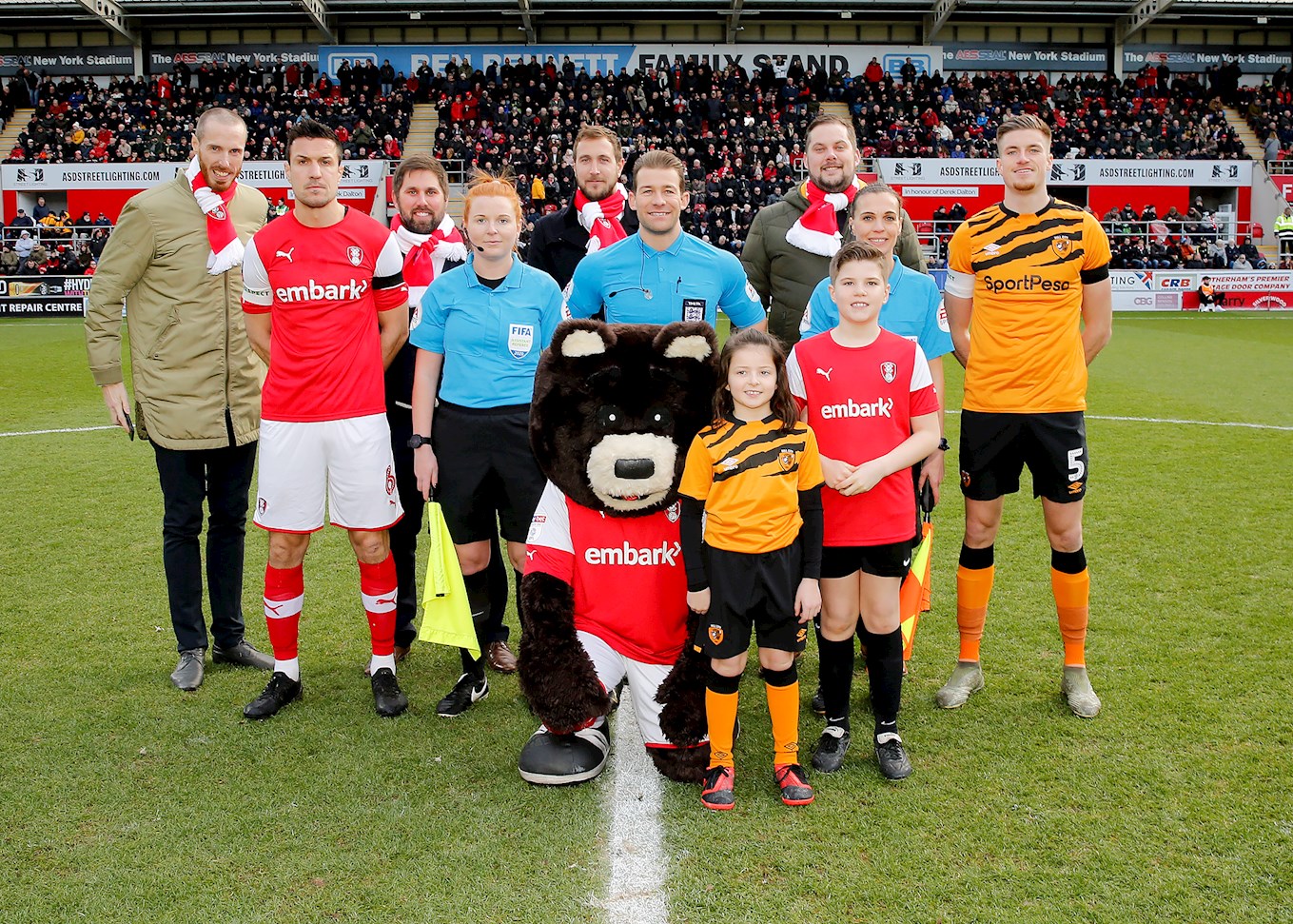 Having accompanied his son to the game, father Mike was impressed by the way Sam was treated during the afternoon and he said he had a great day out watching the Millers.

"I would just like to thank everyone at the football club for looking after Sam before and during the match, it was an excellent chance for him to see some of his heroes up close," Mike told www.themillers.co.uk.

"Sam turned 10 on Saturday, so the opportunity to lead his favourite team out allowed him to celebrate in style and I'm sure he'll remember it for the rest of his life.

"He still hasn't stopped talking about it and I doubt he will any time soon. Sam, myself, my wife and his grandparents were all made to feel very welcome and it was a wonderful gesture by a fantastic family football club."

Also, for information on how to join the Junior Millers, click HERE.