Breck has been a shining example for our football club throughout his long affiliation with Rotherham United, dating all the way back to when he joined the Millers as a schoolboy and we are thrilled to be recognising his incredible contribution with the awarding of this new title.

Breck first introduced himself to fans of the club as he made his senior bow aged just 18 on New Year’s Day of 1972 and the local left back would further endear himself to the Millmoor faithful as another 466 appearances followed in the famous red and white. 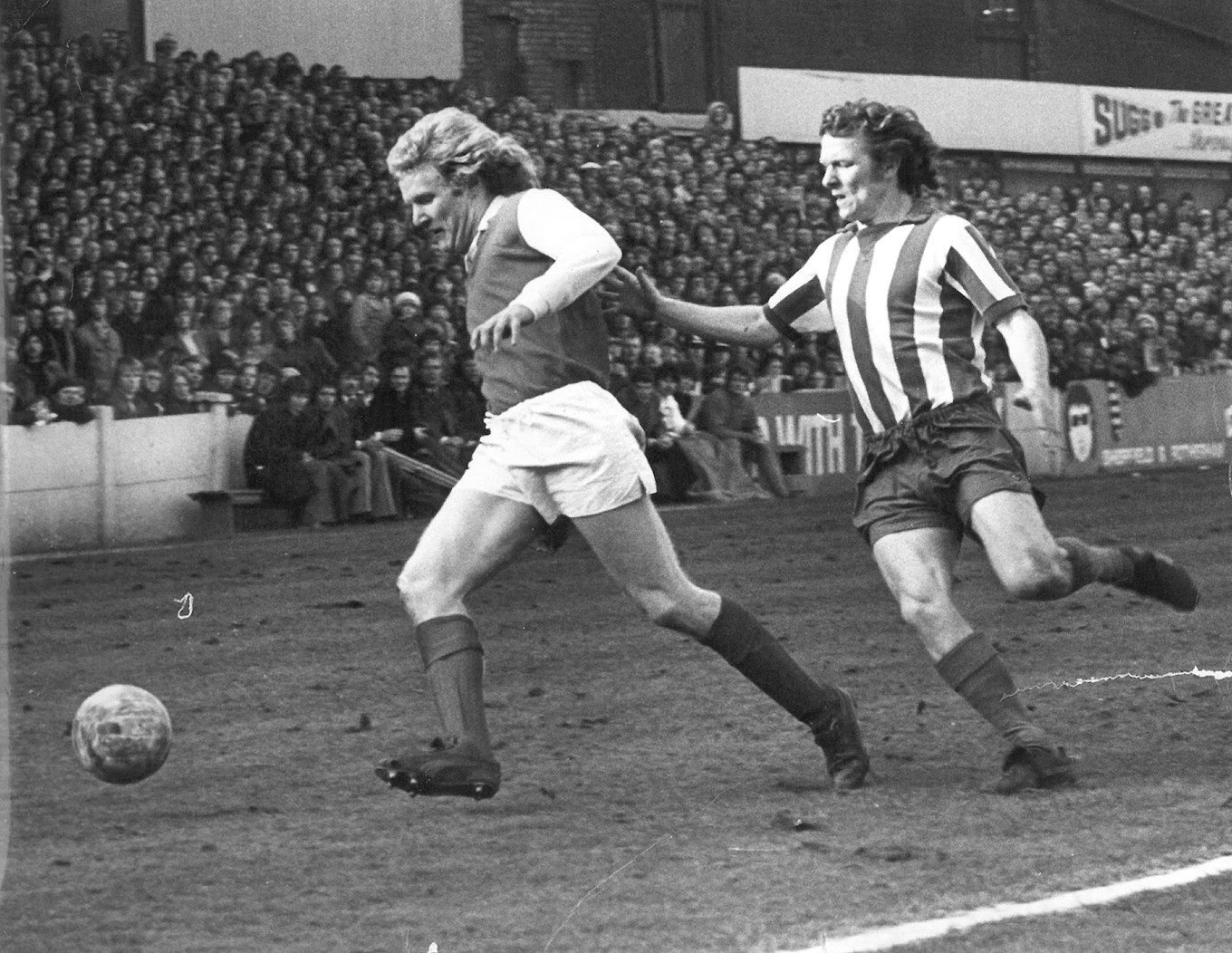 Highlights from his playing career included the 50 times he turned out during the title-winning 1980/81 season, during which he played alongside a legendary team fondly remembered by Millers fans including the likes of Rodney Fern, Tony Towner and Ronnie Moore. His performances also warranted his inclusion in the PFA Team of the Year for the club’s respective division in the seasons 1974/75, 1978/79 and 1980/81. 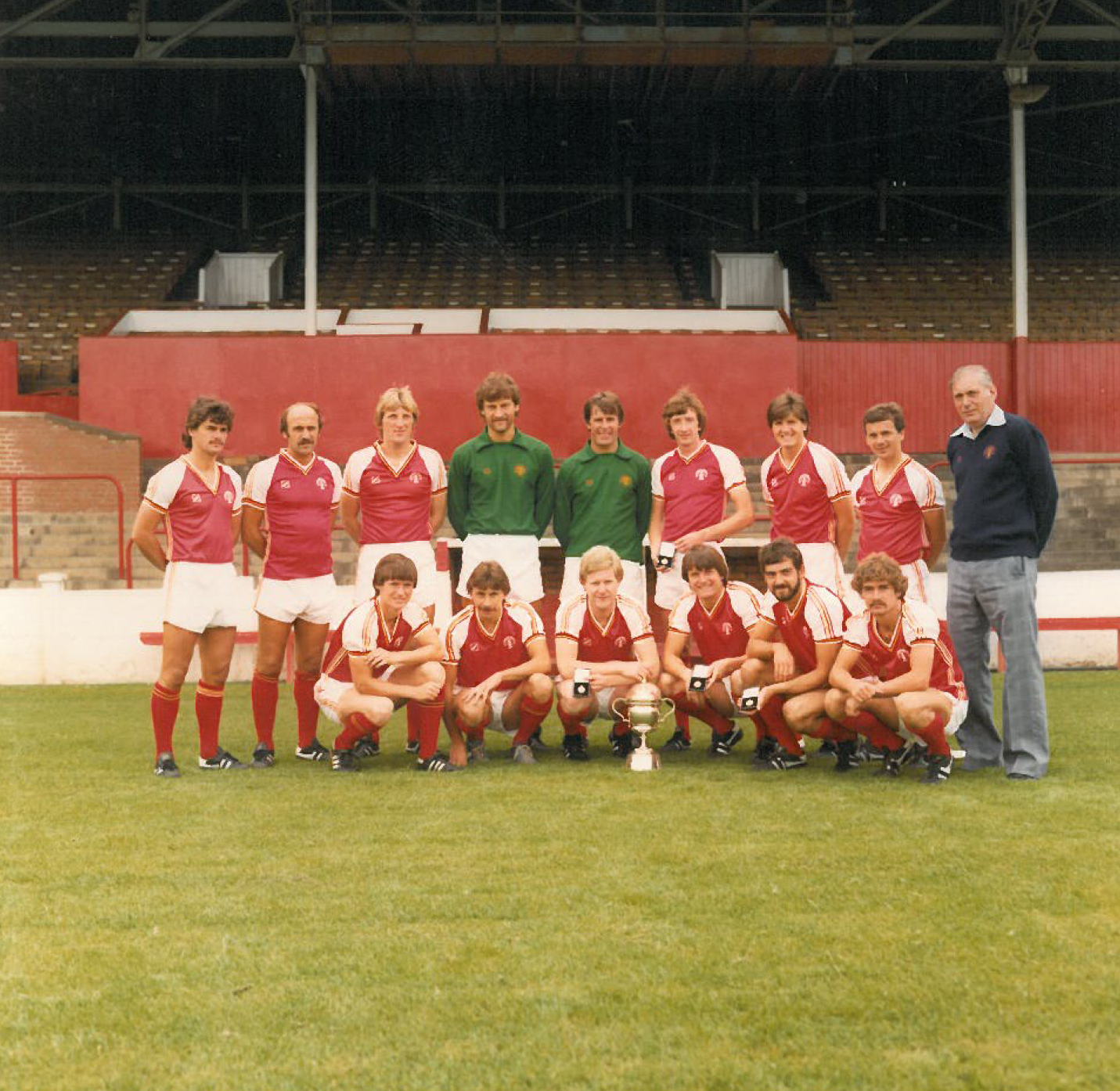 His days as a player for the club which were synonymous with his cultured left foot, overlapping runs and consistently high levels of performance came to end at following the 1982/83 season, after which he enjoyed stints with Bury and Doncaster Rovers, the latter including another promotion to add to his success-packed CV.

However, it wouldn’t be long before one of Rotherham’s most famous sons returned to Millmoor, this time in a coaching capacity. His first role in the dugout with the club was as a youth coach before he later went on to become assistant manager to Phil Henson and Moore, tasting promotion alongside the former in 1992 before going on to enjoy even greater success with his Liverpudlian former teammates.

It was at the side of his old teammate that, with the Millers, Breck was involved in another golden era in the club’s history as they enjoyed consecutive promotions, taking them from Division Three to Division One, employing an all-action style built on the camaraderie in the dressing room not all too dissimilar to the philosophy used today by current boss Paul Warne. 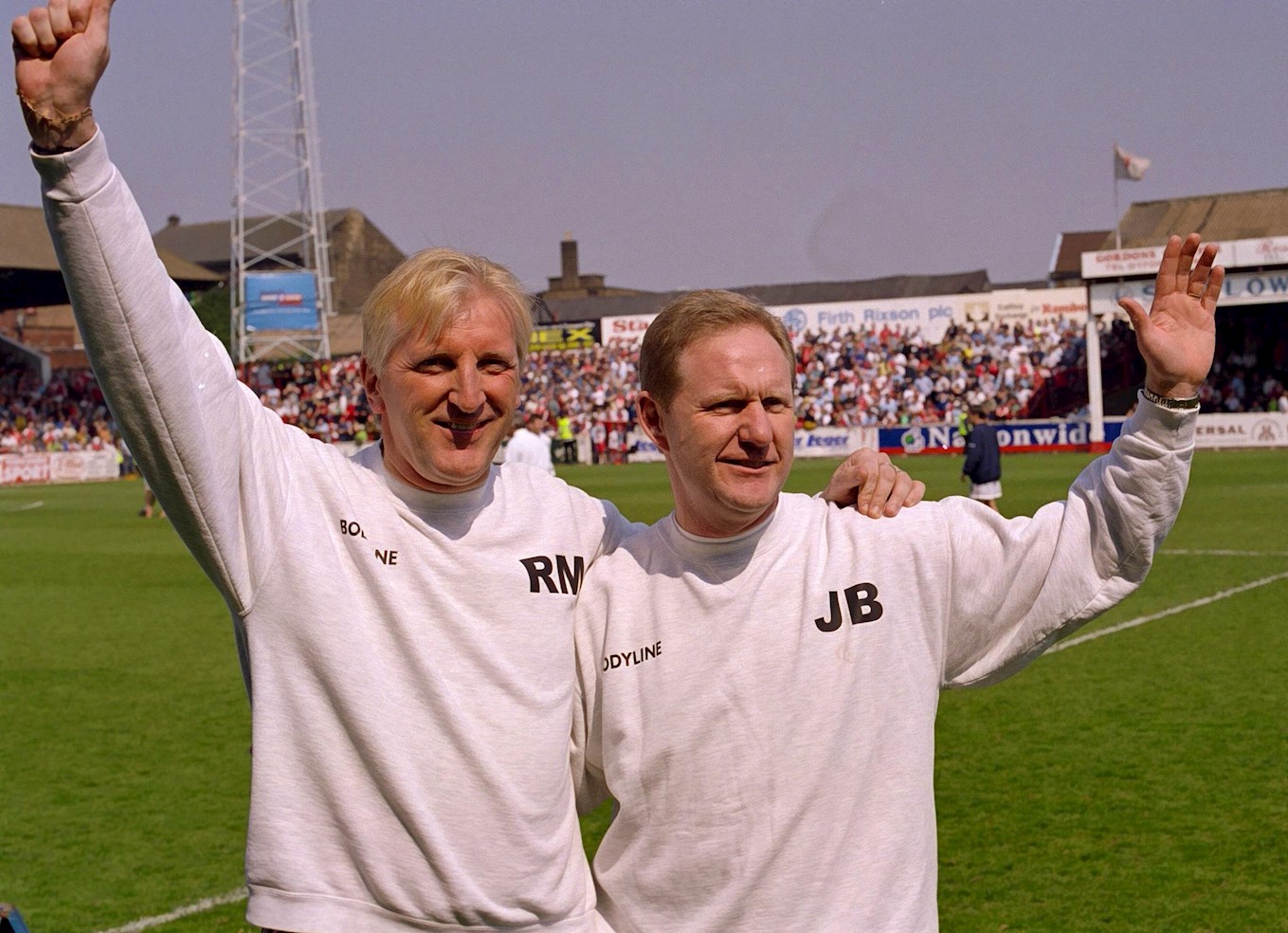 Following those promotions, the Millers enjoyed a four-year spell in the second tier, defying the odds to record memorable victories over the likes of West Ham United among others, as their industrious style proved highly-successful.

After leaving the Millers, Breck would follow Moore in assistant roles to clubs including Oldham Athletic and Tranmere Rovers, before finding his way back home to Rotherham again to become number two to Mark Robins.

With the help of new chairman Tony Stewart, the Millers had managed to come through some turbulent times but were still feeling the burden of points deductions incurred by previous ownership. Having moved to Don Valley Stadium in Sheffield, the Millers began the 2008/09 season with -17 points but were never involved in a relegation fight, in fact, under the guidance of Robins and Breckin, narrowly missed out on the Play-offs.

Breck’s spell with the club this time came to an end as Robins was offered the managerial post at Barnsley, but he wouldn’t be away from his spiritual home for long.

Following the opening of the AESSEAL New York Stadium in 2012, the club called upon Breck and his vast array of contacts in Millers circles to take up a role as the matchday host in the hospitality lounges, organising former players, coaches and managers to join him as guests of the club. 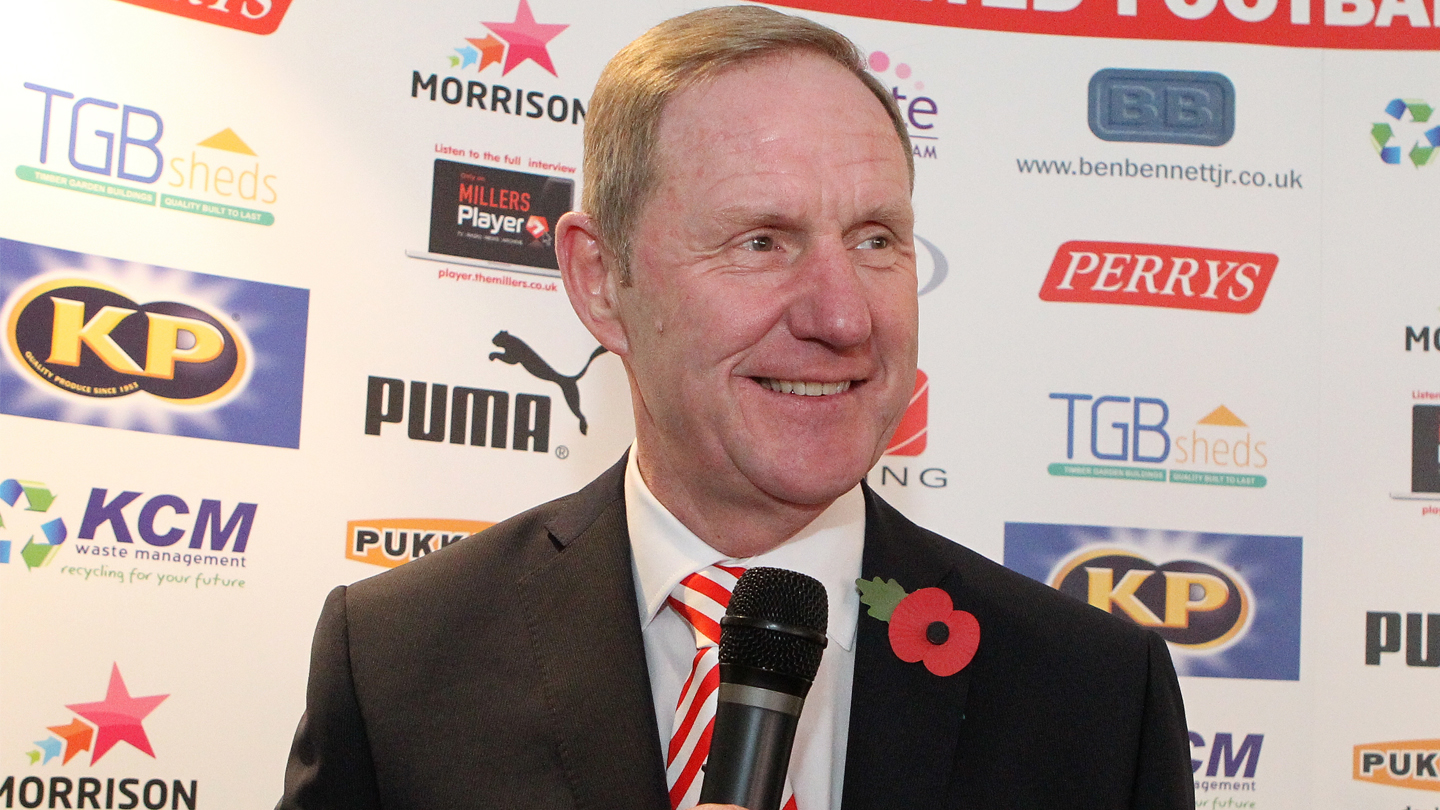 Since then, he has played a pivotal role in the smooth running of the lounges at home fixtures as well as providing supporters with memorable moments and opportunities to meet their heroes from years gone by.

In typical ‘clubman’ style, Breck has never limited his responsibilities to those detailed in his official job description, regularly offering advice and an ear to first team coaching staff following his return. It was this expertise which saw him step up his job with the Millers to become ‘Club Consultant’, temporarily rejoining the first team coaching staff when Warne took the reins as manager.

He has since taken a step back from on-field matters, whilst continuing his consultancy role, instead offering his services at the training ground as and when required by the staff.

Throughout his long association with the club, Breck has made a contribution as significant off the pitch as he has on it, repeatedly offering a helping hand in the local community.

He has been a superb ambassador for the club in the borough and beyond, taking part in a number of fundraising projects for local charities, including cricket games like the one played in the summer by the first team at Wickersley Old Village Cricket Club.

On top of this, he has been a regular supporter of the work of the Rotherham Hospice, where his wife sadly passed away in 2006, championing all of their fundraising efforts as well as playing an integral role in the promotion of the annual Midnight Memory Walk. 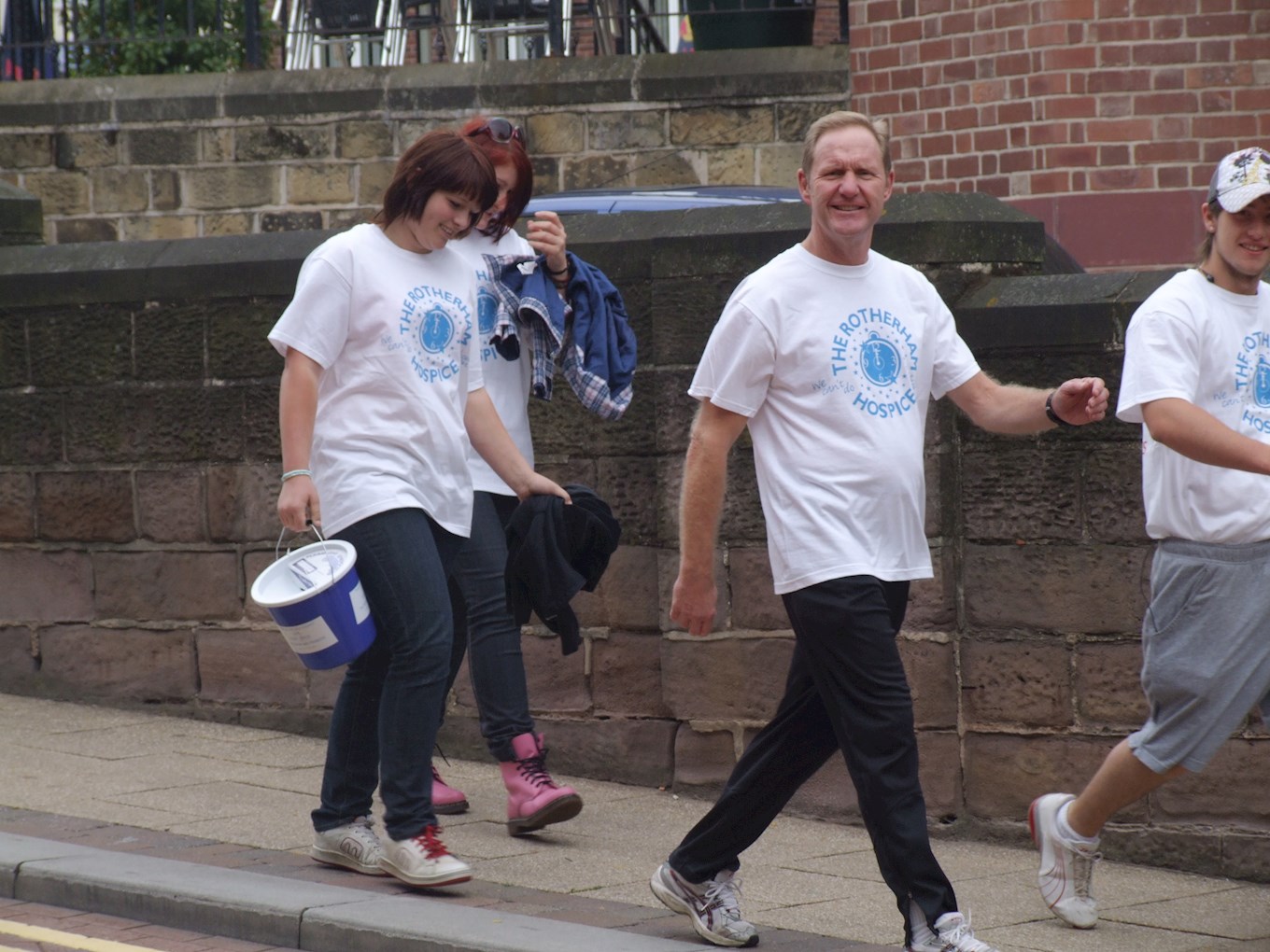 “I speak on behalf of everyone at Rotherham United when I say that I am delighted that we have been able to recognise John’s enormous contribution to our football club with the title of Honorary Life President.

“Few people in football will have had an influence as great his across the board at one club like he has over his many years associated with the Millers, which also includes time as a player, captain, coach, assistant manager and caretaker manager, as well as roles off the pitch entertaining our corporate guests on a matchday and as club consultant.

"In addition to all of that, he has been a shining example within our community, getting involved with a number of charity projects, none more so than his ongoing work with the Rotherham Hospice.

“John still contributes hugely to this football club, providing Paul Warne with an experienced sounding board when required, alongside offering a warm and informed welcome to new players, helping them to find accommodation among other key responsibilities when fresh faces walk through the door.

“The name John Breckin and Rotherham United are inextricably linked and we are incredibly proud to be ensuring that his name remains associated with the club for many years to come. It was unanimously decided by the Board that his terrific service should be recognised and we believe this to a fitting way to ensure that happens.”

It is with all of the above considered, that we are absolutely delighted and extremely proud to be awarding John Breckin with the official title of Honorary Life President.

Thank you for your incredible contribution to Rotherham United to date Breck, we look forward to working with you for many more years.