Rotherham United are incredibly proud to once again be showcasing the fantastic work carried out by Stonewall as we show our support on Rainbow Laces Day (Wednesday 9th December 2020) and dedicate this weekend’s fixture against Bristol City to the Rainbow Laces campaign.

Here at Rotherham United, we pride ourselves on making the football club a safe and inclusive environment which can be enjoyed by everyone in our community.

As well as our senior and Academy teams, we are delighted to have established a well-run and successful women’s team in recent years.

Working together with Stonewall, we are keen to let all lesbian, gay, bi and trans people, here and abroad, know they're not alone.

Great strides have been made across Britain, and indeed the world, in some of our most notable institutions to allow individuals to flourish and reach their full potential but as per Stonewall’s mission statement, the work will not stop “until everyone feels free to be who they are, wherever they are.”

Football should bring us all together.

Discrimination is not okay. Not today, or any day.

Amy Pollock, who has been a key figure for the Rotherham United Women both on and off the pitch during her time with the club, expressed how important a platform football has been for her personally and how much the acceptance of teammates, club staff and supporters has reaffirmed her decision to be who she is.

“Sport is a passion and always has been for me,” she explained.

“The social aspect of the game of football and the amount of people you meet and befriend along the way is unreal.

“Especially when I was younger and confused about who I was, women’s football and the friends I met through it made it so much easier to come out and be what made me happy.

“I always knew I was gay, but the support from the girls that I played football with and that of the coaches and managers, made it so much easier.” 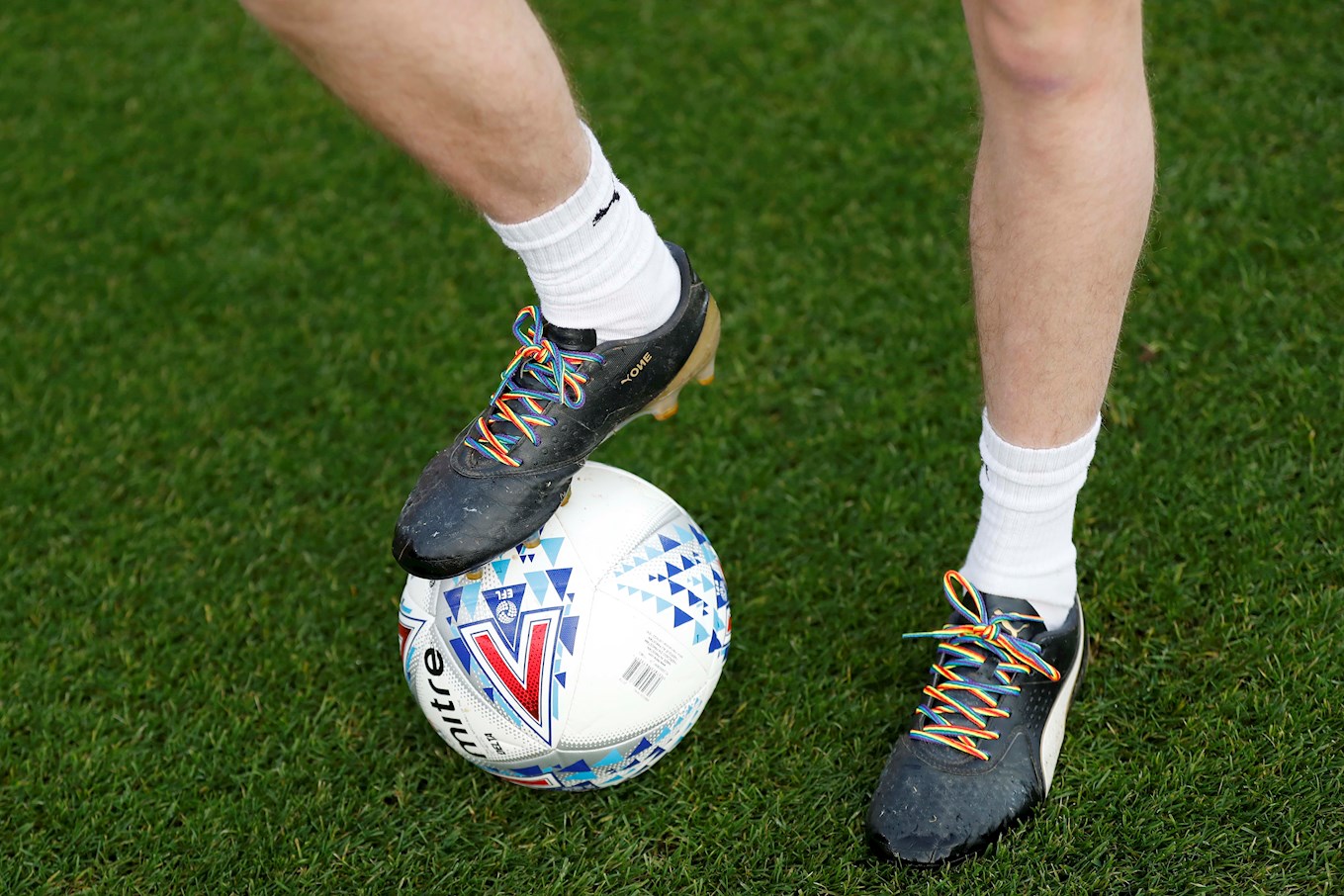 The Millers are once again raising awareness of the need to make sport everyone’s game in a number of ways during the Sky Bet Championship clash at AESSEAL New York Stadium this weekend.

As always, both sets of players will have the option of outwardly displaying their support by donning the campaign’s signature rainbow laces, whilst both captains will sport multicoloured armbands for this fixture.

The four corners of the pitch at the Millers’ home will also be adorned by rainbow corner flags with this year’s campaign geared towards celebrating the impact that sport has on LGBT people, and the impact that LGBT people have on sport.

This year’s Rainbow Laces Day is Wednesday 9th December and you can show your support to Stonewall and their excellent work by purchasing a pair of your own rainbow laces for £2.99, at the following address: