Rotherham United Chairman Tony Stewart has been speaking with www.themillers.co.uk to express his heartfelt thanks to the club’s fans for their unwavering support throughout 2020 – a year which has presented new challenges for us all as a result of the Coronavirus pandemic.

Despite the difficulties that have been presented to us during this calendar year, there have been reasons to smile at AESSEAL New York Stadium with the club continuing to enjoy success both on and off the pitch.

The highlight, of course, came in the form of Paul Warne’s side’s promotion to the Sky Bet Championship which was confirmed following the curtailment of the 2019/20 season and served as a fitting reward for their efforts – in what had proven to be a difficult season for a number of sentimental reasons away from the action.

The pandemic has understandably brought about new financial challenges for us all.

The support the United Rotherham project received from everyone - in a time we have all been reading such heart wrenching stories of emotional and financial devastation within so many households - was incredible. To see how strongly this was supported with the intention of helping fellow supporters less fortunate when the opportunity presents itself upon the return of fans to AESSEAL New York Stadium was something that left us all at the club under no illusions just what a bond we have running through us.

The kindness shown by the Millers faithful was again, beyond what could have been expected and made a significant impact in securing both the long and short term future of Rotherham United back in the summer months, during which the financial implications of the pandemic remained unclear.

Beyond that, with the support of fans buying Flexi-Season Tickets, local businesses committing to Virtual Matchday Sponsorship packages and our commercial department working closely with our business partners to tie up key sponsorship deals, we have so far managed to navigate safely through the choppy waters.

Speaking ahead of the clock striking 12 on New Year’s Eve, Mr Stewart was keen to communicate his sincere gratitude on behalf of everyone at the club to those who have stood by us throughout this calendar year.

“We have been truly overwhelmed by the way in which our supporters have stuck by us from Day One."

“I have placed on record on a number of occasions how humbled I have been with the people of this town since the first day I took over as the Chairman of this football club, but the last year has seen our supporters go way above and beyond any level of backing I could have ever have asked from them.

“Getting promoted when we did helped our finances – there is no doubting that.

“However, relying on the revenue from being in the Championship alone would not have been enough to make up the significant shortfalls that have come to the fore as a result of the pandemic.

“After taking over the club in 2008, I quickly came to learn that Millers fans look out for one another, but even knowing that, we could not have predicted the overpowering kindness which came in the response to the United Rotherham project.

“We had season ticket, match ticket and hospitality sales to account for and a simply staggering figure to reimburse to our supporters during the early stages of the pandemic, when none of us knew what was to come, or how long we would feel the effects for.

Like every other club around the country, we have had to adjust to a new way of working and whilst on the whole, we are proud of how we have adapted our practices, there is one thing that has remained irreplaceable and is something that we cannot rectify.

Football is for the fans.

“Home games in particular are just not the same and I mean that sincerely,” Mr Stewart continued. 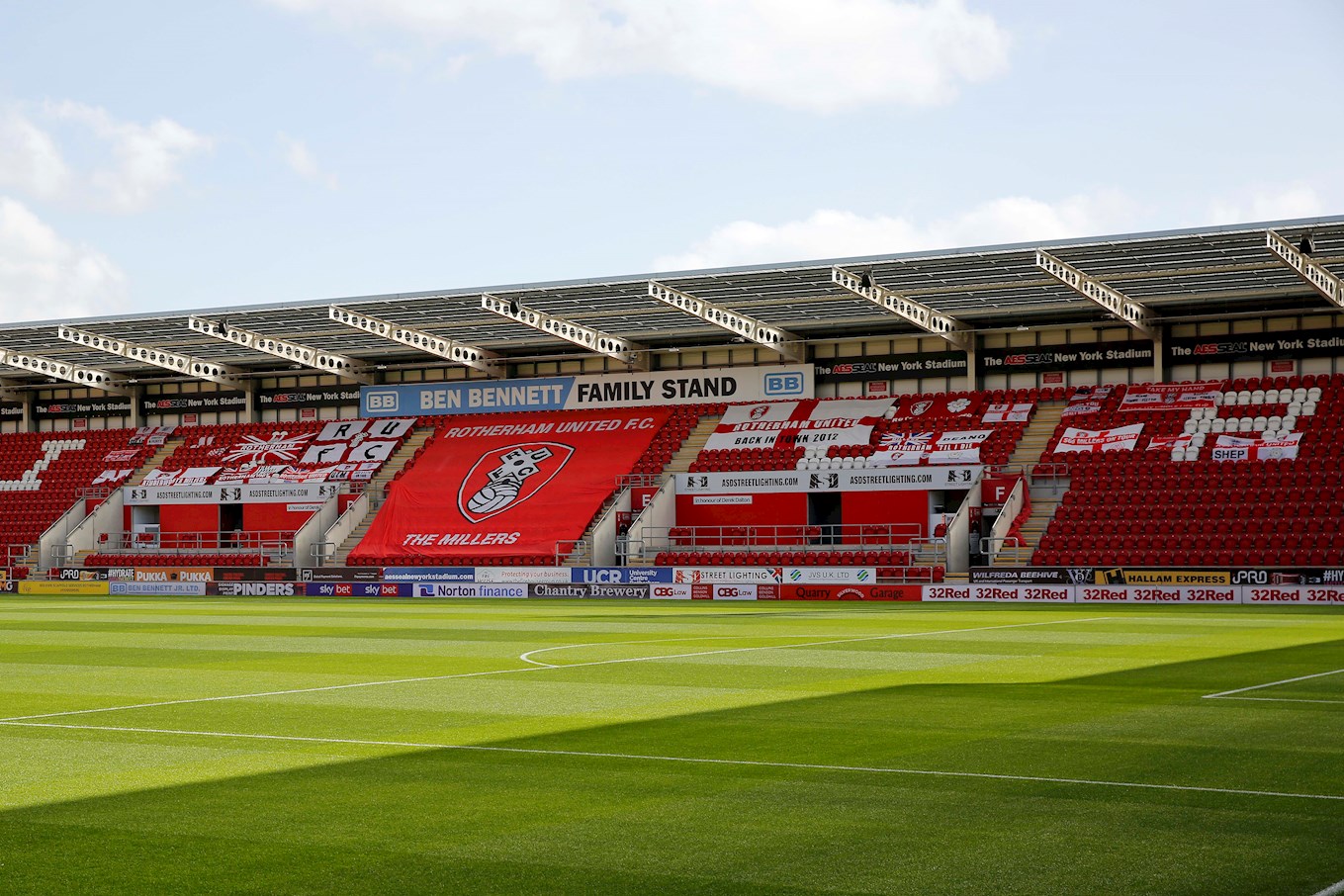 “I have been fortunate enough to be able to continue watching us in action, and whilst I know this team are giving everything in every game they play, I firmly believe that with the New York faithful behind us we would have even more to show for our efforts,”

“Football is a sport for the fans – we absolutely have not lost sight of that in the last 10 months.

“It isn’t just turning up to the ground to watch the match. It is enjoying a pre-match drink, socialising with friends and joining together to roar on our one shared love, Rotherham United.

“With that in mind, I know watching from home has been far from ideal and yet, still, you have supported us by doing so.

“I have spoken on this topic a couple of times in the past, but all of the money after collection costs comes back to Rotherham United as revenue – working out at around £8 of the £10 match pass fee. This has been our ‘substitute’ for physical match ticket sales and thanks to you, has ensured that we have a steady flow of money coming into the club despite our fans having to stay away. Again, with the benefit of being able to see the weekly sales figures for iFollow Millers passes, I can tell you that we have maintained a figure that rivals a number of clubs who I am sure would consider themselves ‘bigger’ than us. Through advertising the product on the website, we have asked you to support us and you have answered the call and I can only thank you again for ensuring that our income streams are not too badly damaged as we move into 2021.

“Our club has always prided itself on its relationship with the fans and being ‘United’ with the town. The ‘Forever Together’ mantra is a statement we truly stand by here at AESSEAL New York Stadium.

“That togetherness has allowed us to forge strong and long-lasting relationships with the many local businesses and sponsors in the town, who have bought into what we have been trying to do here since the day I walked into Millmoor around 12 years ago.

“Some have been with us from the start, others have joined us more recently, but we are continually growing commercially and value the strong partnerships we have with each and every business in this area and beyond just as much as the next.

“We have had to be innovative in our approach and offer new packages and business opportunities this year, all of which have been met with such an enthusiastic response.

“I would like to take the opportunity to say thank you to those who have been Virtual Matchday Sponsors or have put their logo on one of our social media graphics. Both of the aforementioned opportunities are as new to me as they are to our partners, so to see you pledge your support by getting involved on those fronts has left us incredibly grateful.

“I must also say a huge thank you to the staff at the club, who have worked tirelessly behind the scenes throughout this last year.

“We are incredibly proud of the hard-working and devoted staff we have at Rotherham United, who throughout all the uncertainty of the last 12 months, have come to work with a smile on their faces. I thank them for their patience and understanding, certainly in the early stages of the pandemic, but also the way in which they have adapted to the ‘new normal’ we have become accustomed to in 2020. 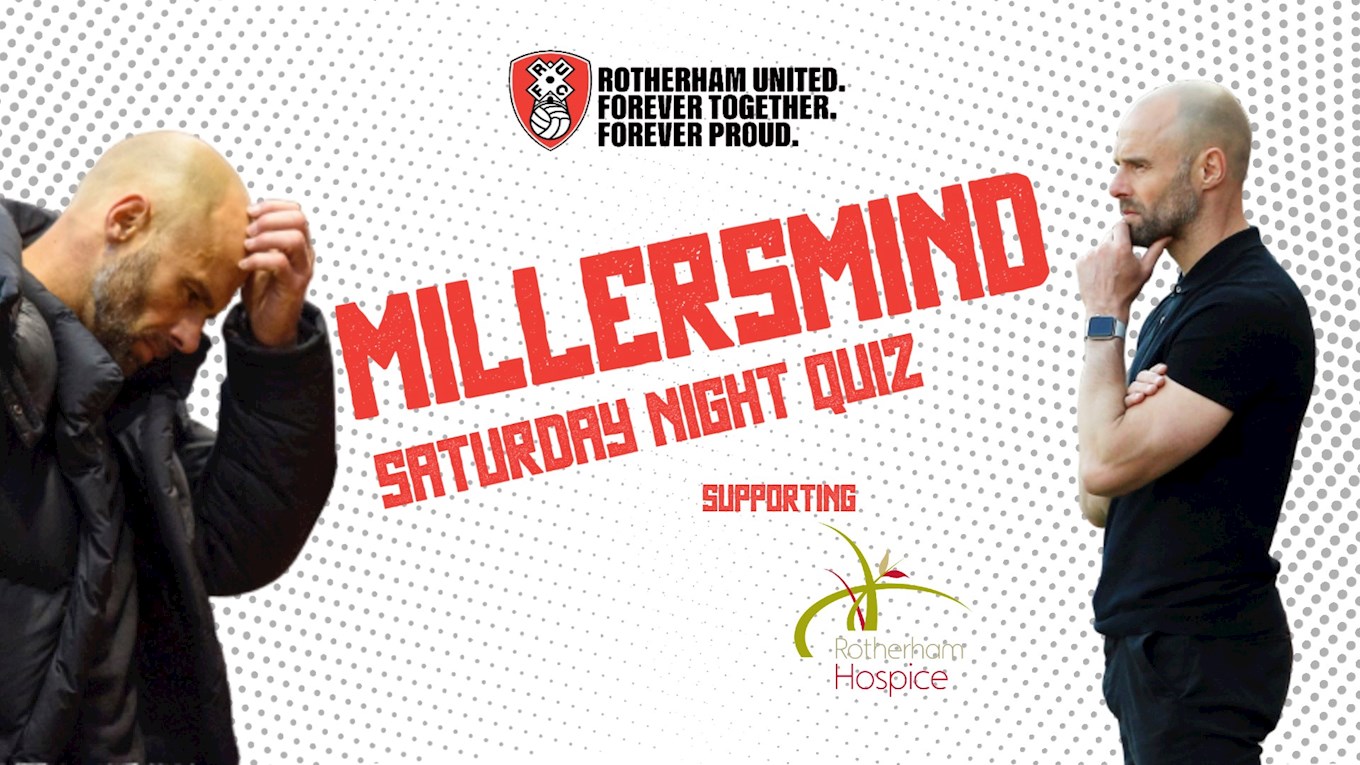 “That same thanks must also be extended to Paul Warne and his staff, who have not stopped all year. Paul is a larger than life character, who leads by example, and knowing him as I do, I cannot say that it surprises me that he was there for the fans in the first lockdown taking on the role of quiz master on Saturday nights.

“I’ve reminded him to save his television career for after football, but sincerely, I think the fact that he and others were prepared to have a bit of fun and engage with our fans during some bleaker days, says an awful lot about the people we have employed at this football club.

“My final thanks are to the players, both from this season and last, who have given everything each time they have laced up their boots. I am not just talking about matchdays – these guys are right at it every day in training and when asked to give their time up in the community too.

“We remain an ambitious and driven football club – whilst I am the Chairman I assure you that will always be the case.

“Of course, we are grateful for your support every year, but I felt it particularly important at the end of 2020 to get out a message of thanks to you all.

“These are unprecedented times, but all they have revealed is that Rotherham United supporters are like no other, and I am so incredibly proud to be associated with each and every Millers fan out there. 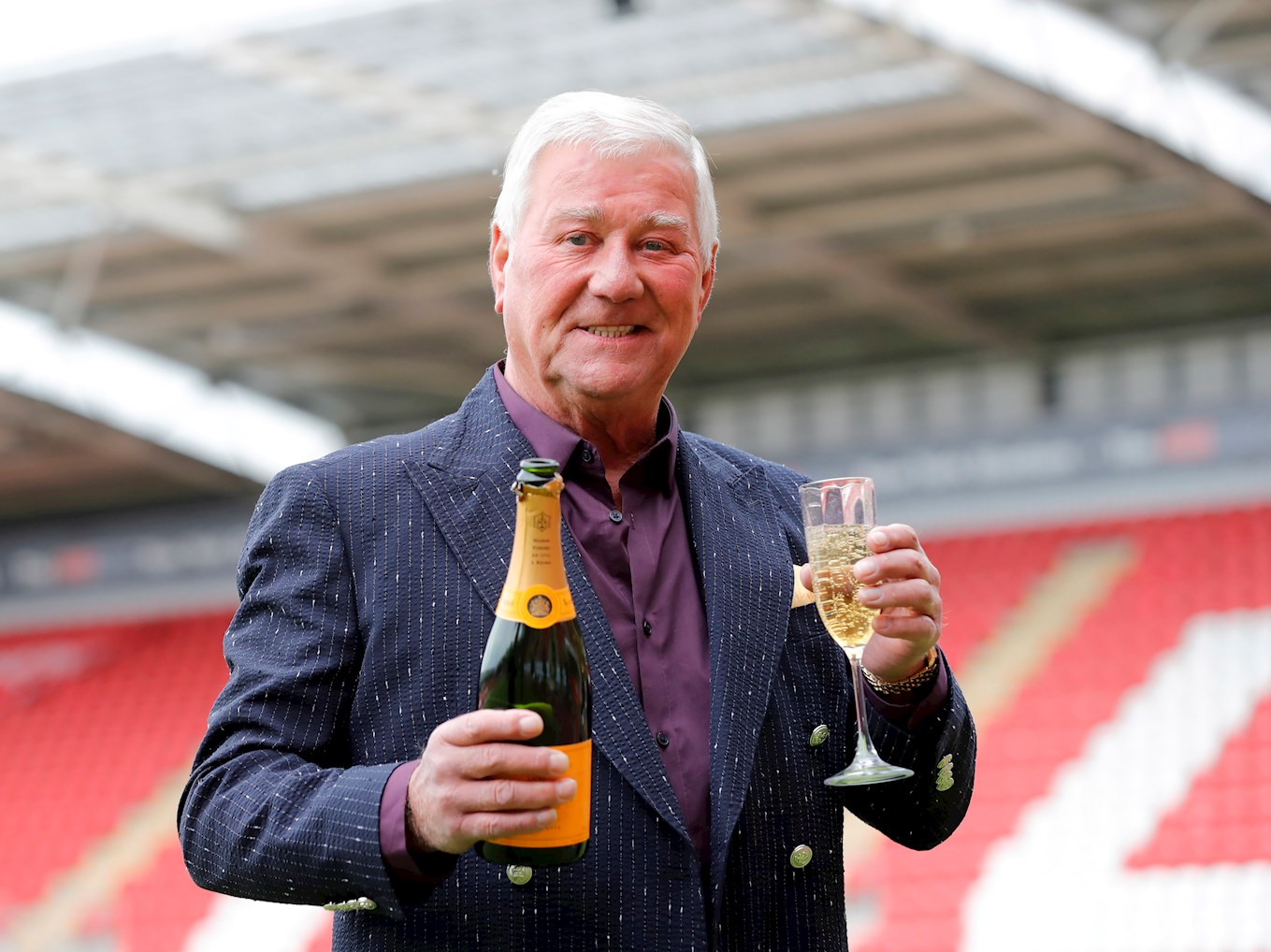 “I will raise a glass in thanks to you all tonight as we toast a much happier and healthier New Year." - Tony Stewart

“As we move into 2021, nobody knows what is to come but I know that with you all on board, we will continue to be the successful, community-driven club that we have firmly established ourselves as in recent years.

“I will raise a glass in thanks to you all tonight as we toast a much happier and healthier New Year.

“Sincerely, thank you all. Stay safe and Up the Millers.”

Happy New Year from everyone at Rotherham United.