Rotherham United are now able to confirm our plans to offer supporters a ‘Flexi-Season Ticket’ in time for the start of the 2020/21 campaign, as we look to ensure that fans wishing to do so are still able to make a season-long commitment to the club.

Following a series of discussions at Board level and across the club ahead of the new Sky Bet Championship season and having considered all of the challenges presented to both the Club and our supporters as a result of the COVID-19 outbreak and the subsequent Government guidelines surrounding sporting events, Rotherham United are introducing a ‘Flexi-Season Ticket’ for the start of the 2020/21 campaign.

With the uncertainty surrounding when and/or how many supporters will be allowed to attend fixtures at the AESSEAL New York Stadium this season and also taking into account the potential of future local lockdowns, we have made the difficult decision not proceed with season ticket sales in the same way that we have in previous years, at this time.

We can however assure our fans that we will not lose sight of the unwavering support that you have given us, particularly in recent months and can therefore guarantee that all season ticket holders from the 2019/20 season will have the opportunity to renew their seats, when the capacity restrictions have been lifted and social distancing measures have been relaxed.

We recognise that the landscape in terms of guidelines and restrictions is ever-changing and we will continue to monitor this closely and use any new information to make decisions with the best interests and safety of our supporters at the forefront of our minds.

We also promise that when the guidance allows us to have a higher capacity in the stadium, we will immediately be making plans to sell season tickets on a pro rate basis for the remaining fixtures of the season.

A number of our supporters have understandably raised concerns with the club about missing games due to them being played behind closed doors whilst others have expressed their desire to refrain from attending fixtures until the COVID-19 pandemic is over. With this considered, the option to purchase a Flexi-Season Ticket will ensure that these supporters are able to reserve their current seats until we are all safely back in the stadium.

What is a Flexi-Season Ticket?

A flexi-season ticket is available to purchase for supporters who held a full or half season ticket in the 2019/20 promotion-winning campaign.

Supporters who purchase a flexi-season ticket will have priority to purchase tickets for fixtures played at AESSEAL New York Stadium, subject to stadium capacity.

In the event that the Club sell more flexi-season tickets than our capacity restrictions allow us to accommodate on a match-by-match basis (i.e. over the initially suggested 30%, around 3,000 capacity), then it is our intention to begin ‘grouping’ supporters into ticketing ‘bubbles’ (i.e. the group which each flexi-season ticket holder would wish to attend the matches with) for certain fixtures.

Fans who purchase a flexi-season ticket will be eligible to purchase tickets for home fixtures at a reduced price from the pre-match ticket prices*.

Supporters are encouraged to purchase their flexi-season tickets for their ‘bubble’ at the same time and in the same transaction. This will help with the grouping of supporters should this be required.

Benefits of a Flexi-Season Ticket

The benefits of purchasing a flexi-season ticket are:

The prices for the flexi-season tickets and the reduction in the pre-match prices are as follows:

Concessions are supporters who are Senior 60+, Young adults 18-21, active armed forces personnel and disabled supporters in receipt of higher rate DLA or enhanced PIP. Proof will be required upon purchase of the flexi-season ticket for all concessions.

After we have finalised the sales of the flexi-season tickets, the sale of match tickets will be on a match-by-match basis.

Supporters who are eligible to purchase match tickets will be able to select a stand and block that they wish to sit in and they will be allocated the best available seats in that block.

As there will be no away supporters permitted to attend fixtures for the foreseeable future, the Club are making use of the Mears South Stand to house home supporters for the fixtures until it is decided that away fans can return to stadia.

For every ticket we sell, we have to ensure that social distancing measures are applied and our ticketing system will do this automatically after selecting the best seats in the selected blocks.

Supporters who have specific seating requirements, such as easy access seating or a wheelchair bay, will need to contact the Red and White Shop to purchase their tickets in order for us to ensure that the appropriate arrangements are made.

As mentioned earlier in this article, should the numbers of Flexi-Season Tickets sold be greater than the allowed capacity, supporters will be grouped in their ‘bubbles’ to one of two fixtures.

Should there be any remaining tickets for certain fixtures then these will first be made available to supporters in the alternative group before being put on general sale. We want all of our supporters to have the same chance of attending equal amounts of fixtures hosted at the AESSEAL New York Stadium. We recognise that tickets for some fixtures will be in higher demand than others, and we will take every possible measure to ensure that these are distributed in the fairest way possible.

Supporters will be allocated 10 priority points for each fixture they purchase a ticket for. There will only be 1 ticket per membership and the ticket will need to be used by the supporter whose name is allocated to that ticket so that we can implement the track and trace system.

When do Flexi-Season Tickets go on sale?

The date on which Flexi-Season Tickets will go on sale is to be confirmed in due course.

The exact date of on sale will be communicated to supporters by email who have opted in to receiving emails from us, along with being published on our main website and our social media channels.

If supporters have any questions relating to the above information then we encourage you to email supporterservices@rotherhamunited.net.

Will I still be able to watch the matches if I can’t get a ticket or don't buy a Flexi-Season Ticket?

Following the arranagement made between the EFL and Sky Sports recently, supporters will be able to stream all matches which are NOT selected for LIVE coverage by Sky Sports on iFollow.

Match passes for each individual fixture will be priced at £10 each, with the club taking a large percentage of each sale in revenue.

Further information on this will be released by the club in due course.

*reduction in match tickets not applicable to ticket purchases for Under 8’s in the Ben Bennett Family East Stand. 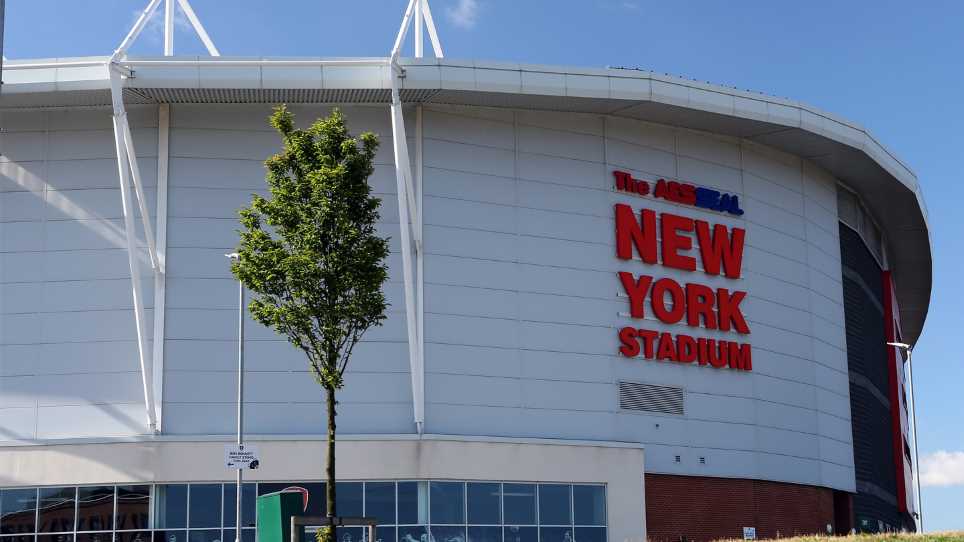 
Our newly-advertised Flexi-Season Ticket is a new concept to ourselves and our supporters, and we have understandably received a number of questions from our fan base about the scheme. 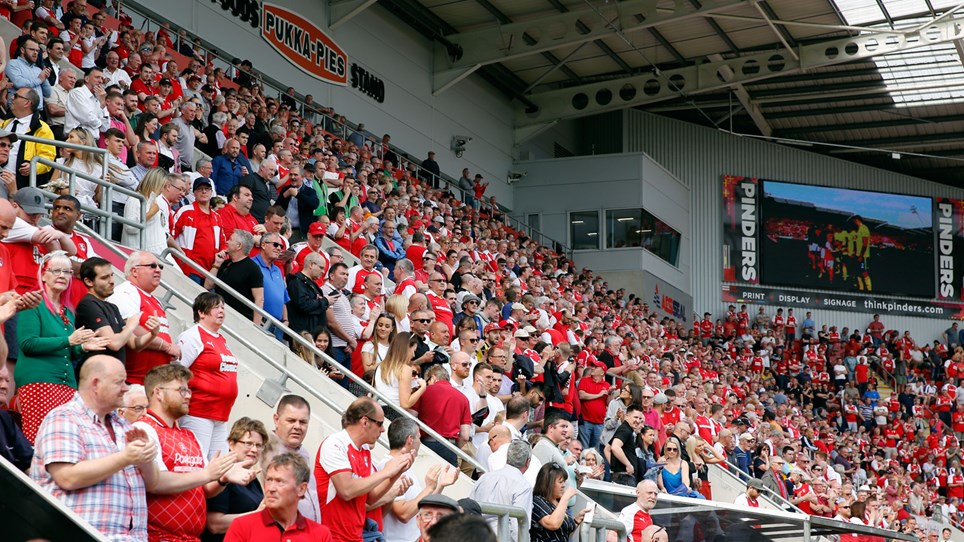 
Supporters wishing to select their refund options for ticketing from the 2019/20 campaign have until 5pm on Friday 31st July to do so. 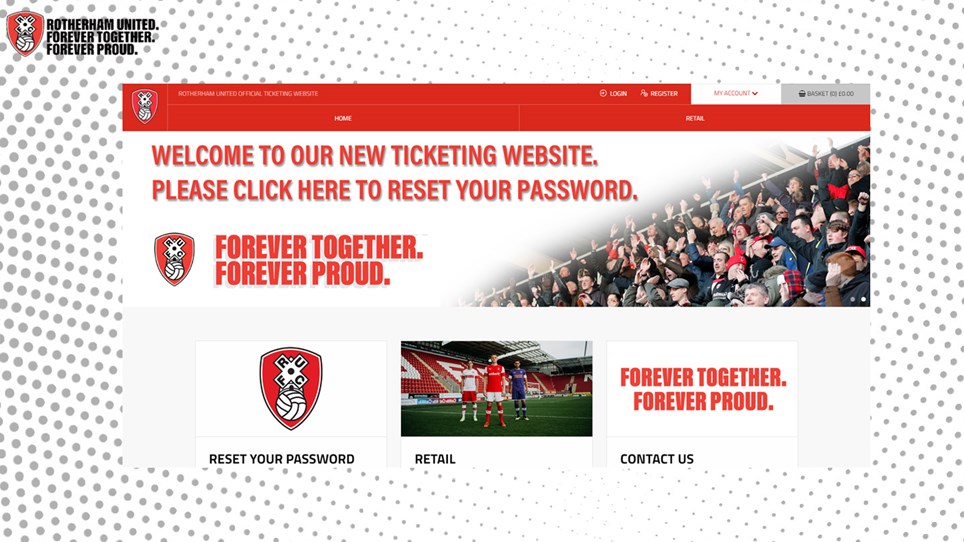 
Rotherham United are delighted to announce that they will be teaming up with Advanced, who will become the club's new ticketing provider to offer fans the next level in supporter ticketing. 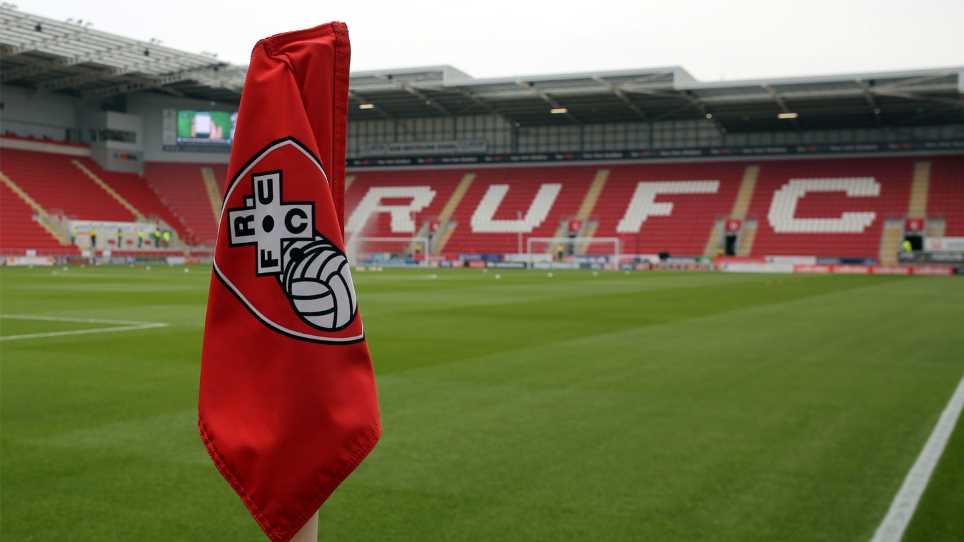 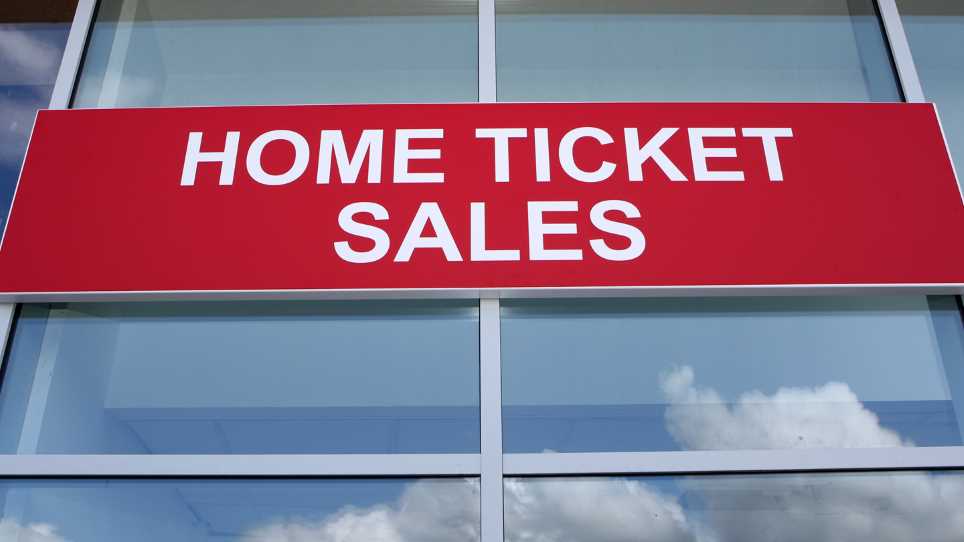 
Whilst the Club are, of course, delighted to see such a positive uptake on Flexi-Season Tickets following their sales launch today, we would like to take this opportunity to remind supporters that...


Our newly-advertised Flexi-Season Ticket is a new concept to ourselves and our supporters, and we have understandably received a number of questions from our fan base about the scheme. 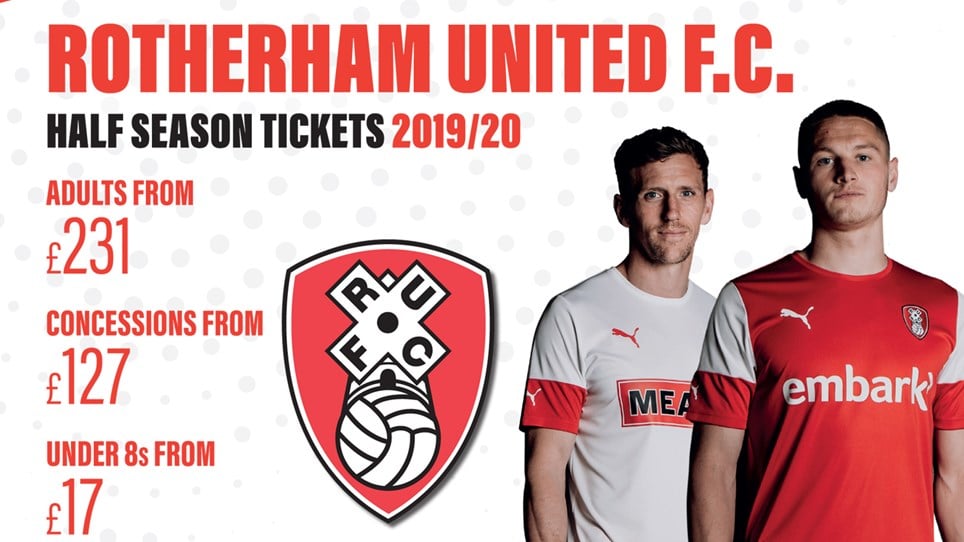