The fantastic work that Rotherham United’s Community Sports Trust does across the local area throughout the year is quite rightly well-documented and we are proud to say they are continuing to care for the people of the town and beyond, despite having to take measures to amend their delivery.

Our friends over at RUCST play a pivotal role in the community for a number of reasons but their services will be even more valued during the difficult circumstances in which we are living as a result of the COVID-19 outbreak.

Many of the people they would normally come into contact with on a daily basis currently fall into the elderly or vulnerable category meaning they are unable to leave their homes due to the added risks which come with contracting the virus.

We have seen first team boss Paul Warne and striker Freddie Ladapo both getting involved with the fantastic work that the Community Sports Trust are doing since the country moved into lockdown, but their involvement is just a look through the keyhole at all of the wonderful work currently taking place. 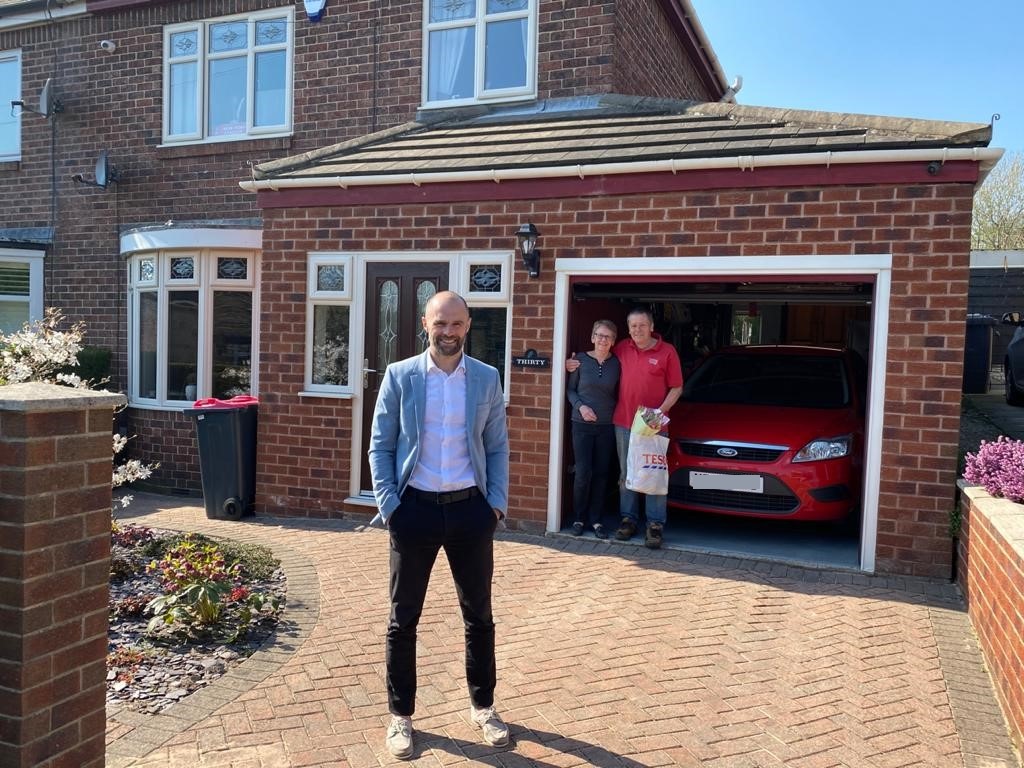 “We have be doing food parcel drop-offs for vulnerable and/or isolated people,” Head of Community Jamie Noble told www.themillers.co.uk.

“We're doing prescription collections for people who have long-term medical conditions and need their medication and we're finding that a lot of pharmacists aren't delivering anymore because they are up to capacity, so we're trying to support them and take some of the burden away from them by getting involved there. 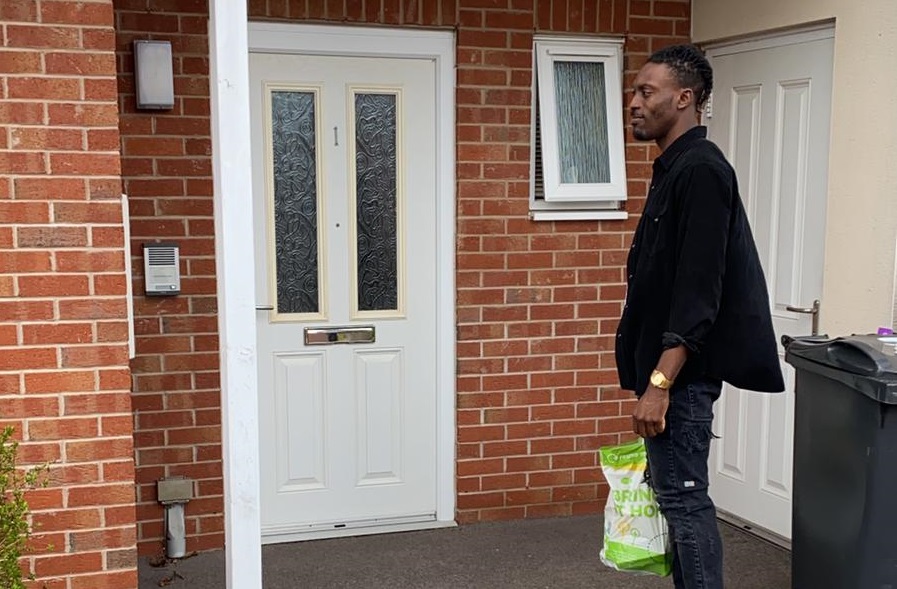 “We made people in the community aware that our staff are able to collect prescriptions and food and one person mentioned they had a dog that could do with some more exercise than just being in the garden. It went from there and we started asking people if there is anything we can do for them, including walking their dogs which has gone down quite well really.

“Now we’re even walking animals, which is something we didn't expect to do but it is people in a similar situation, whereby they are self-isolating, who can't go and walk their dogs.”

With physical delivery of a number of programmes including the Fit Millers exercise class halted, Jamie and his team have taken measures to ensure they are still reaching out to those they normally would in a number of different ways.

Through the medium of the internet, the Community Sports Trust are now delivering the same sessions from their own homes, to the comfort of their participants’.

“The Fit Millers programme being delivered online is responding to people being isolated and we are still delivering our weight management programmes for both adults and kids online.

“The staff are either pre-recording or doing live exercise routines and people are joining in from the safety of their own homes.

“We're still delivering education around diets and healthy eating and continuing to work to the syllabus, we're just doing it via video calls

“A lot of the programmes that we run are about peer support, so friends encouraging each other.”

Jamie continued to explain that it isn’t just the physical well-being of the local community which needs taking into consideration and reiterated the importance of the Trust’s role in ensuring people in the local area are coping with the added mental pressures which come with the lockdown period.

“As important as the physical activity is, we're making sure we're staying in touch through these programmes for mental health reasons.

“It is so important just to have that contact with someone else.

“Our staff are still doing the video calls to people on our radar because it isn't just the physical aspect people need, it is the emotional support through these trying times.”

Meanwhile, with football suspended indefinitely, Millers fans have been able to get a virtual fix of the beloved game thanks to the work of the club’s eSports team.

The eSports team have been thrust into the limelight with Ben Galloway taking part in the country-wide FIFA Ultimate Quaranteam tournament which saw professional clubs from around the UK and beyond go head-to-head for charity.

Elsewhere, first team players Chiedozie Ogbene, Matt Olosunde and Julien Lamy laced up their virtual boots to get involved with supporters in an online 11 v 11 format of the popular video game.

“The eSports team is obviously different to playing football physically, but it is just as important. The gamers are staying emotionally active by being involved in the various online games that are being arranged,” Jamie explained.

“It was great to see members of the first team support them too, as Chieo Ogbene, Matt Olosunde and Julien Lamy joined them for an 11 v 11 match on FIFA to help promote the work they do in our community.

“It is a fix of football, albeit a virtual one, for our supporters.

“It is a way for young people in particular to keep a level of competitiveness up, whilst connecting with others online from their own houses.

“With all that going on, we're also able to educate people on 'game safety'. We've been promoting the online safety messages and the dangers of too much gaming. Their profile rising has allowed us to really get those messages across to our fan base.” 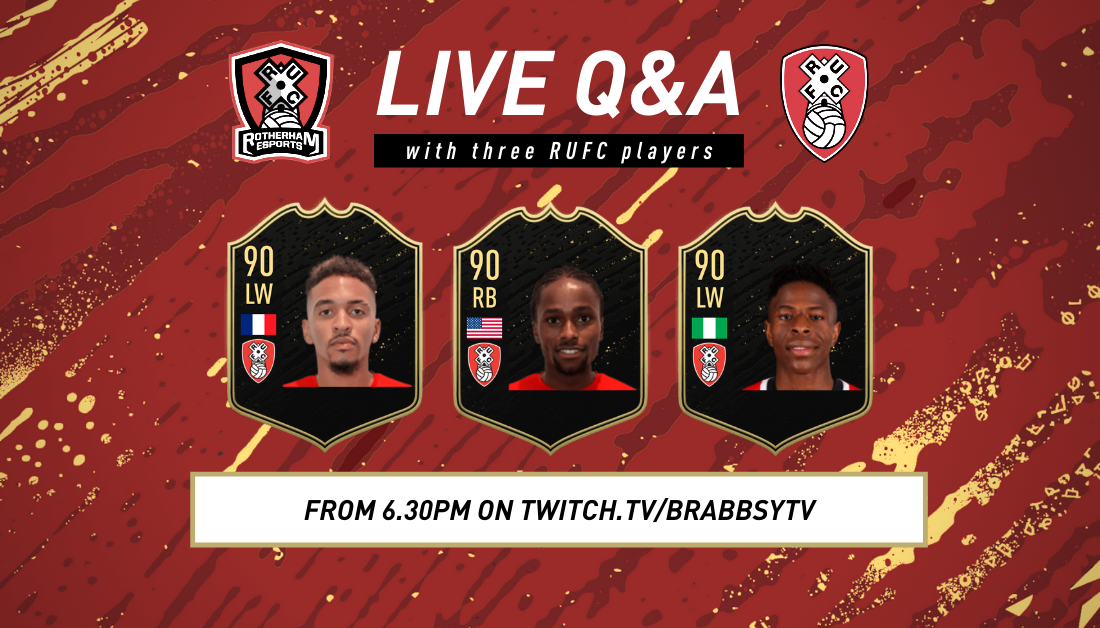 Jamie concluded by placing on record his heartfelt thanks to those who not only volunteer with RUCST throughout the year, but the individuals who are continuing to make themselves available to ensure the vulnerable are cared for during these trying times.

“It would be amiss of me not to mention our wonderful volunteers, who even through the COVID-19 outbreak, are giving up their time to keep involved,” he said.

“Now really is a time for us all to work together to help those who need it and we have seen that in abundance again from everyone connected with RUCST.” 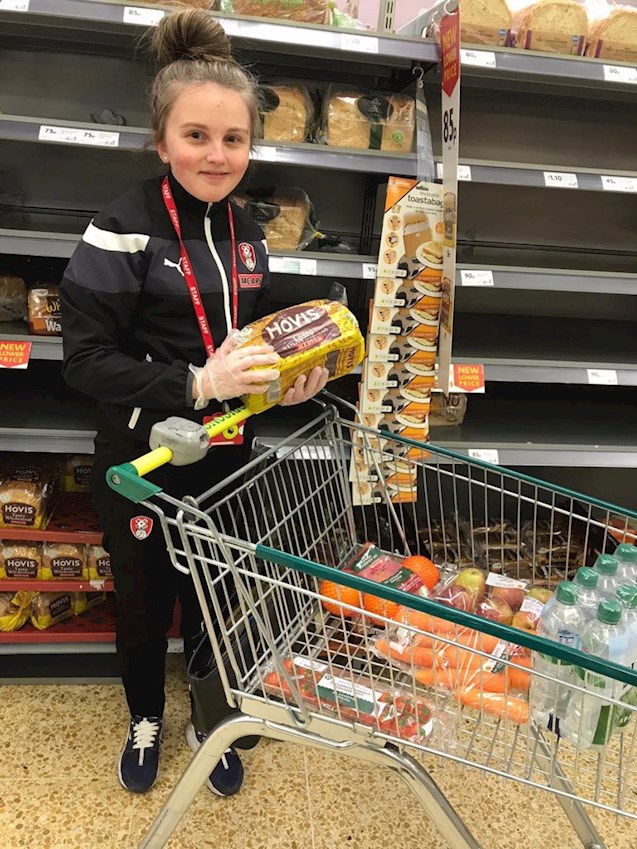