Rotherham United were deeply saddened to learn of the news of the death of Norman Hunter, our  manager in the mid-1980s and who is forever recognised as a legendary figure with the great Leeds United sides of the Don Revie era.

Norman was appointed in the Summer of 1985 (following the departure of George Kerr) when Millers chairman Syd Wood looked for someone with a high-profile in the game as the next manager. 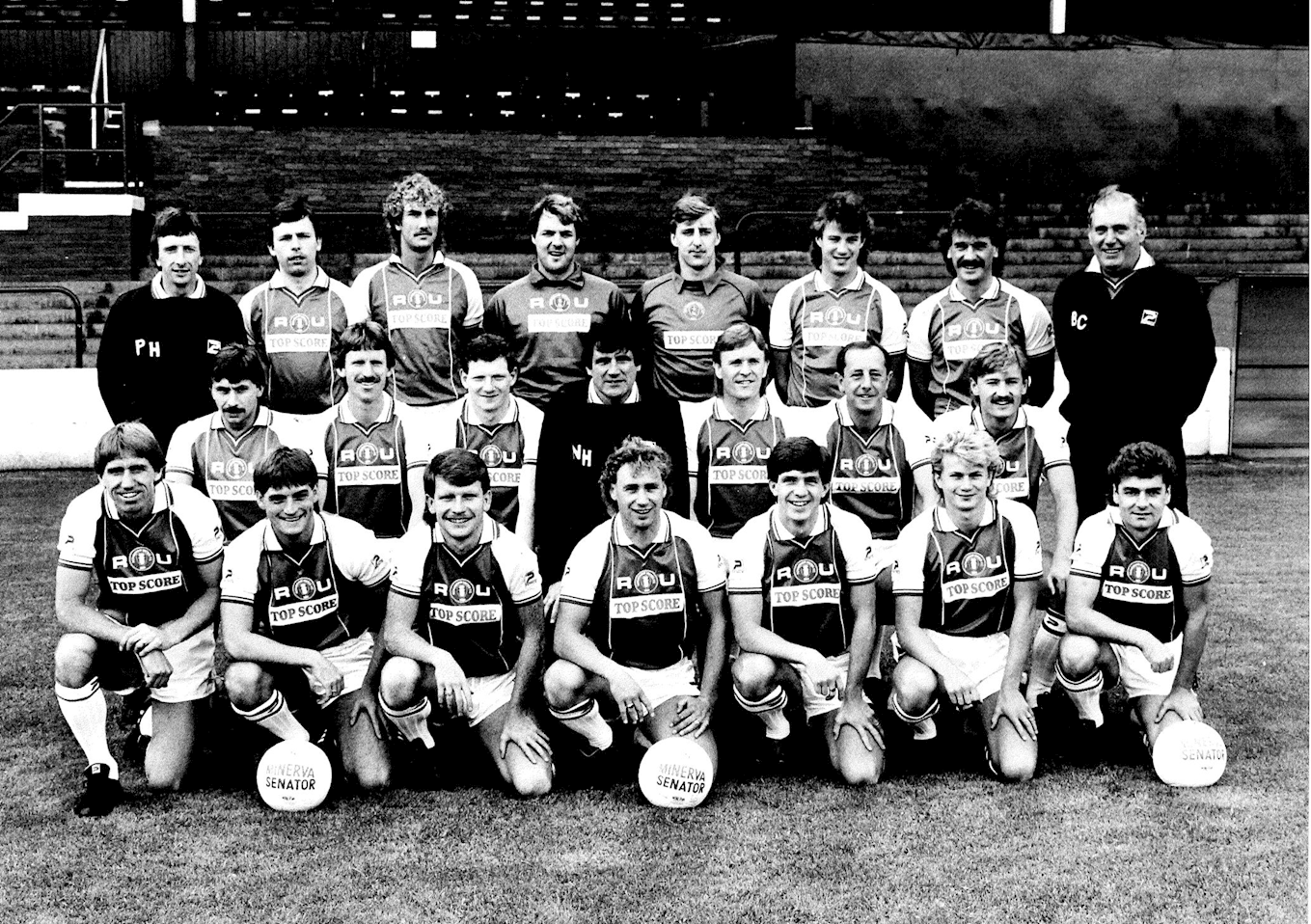 Norman Hunter and his Millers side pictured in August 1985

He had enjoyed success as manager at Barnsley, taking them to promotion four years earlier when they had been runners-up to Rotherham in the old Third Division (now L1) but he was unable to replicate that feat at Millmoor, during what was an extremely difficult time as the club’s debts mounted as they continued to suffer from the financial problems incurred under a previous era.

However, he did manage to make some significant signings and was the manager who brought in Tony Grealish whilst a double signing of midfielders Andy Williams and striker Gareth Evans, both from Coventry City, galvanised a side that had endured a tough start to his second season in charge.

He also brought in midfielder Dean Emerson from Stockport and he was sold on at a considerable profit to Coventry, and would go on to play over 100 games for them in the top flight.

The club finished 14th in both Hunter’s two full seasons in charge. He was kept on as manager after Ken Booth took over as chairman in May 1987 following the club going into administration but six months later, a defeat to Macclesfield Town in the FA Cup provoked his departure.

Norman, who was 76 and died after testing positive for coronavirus, made 726 appearances for Leeds, another 122 for Bristol City and then played over 30 times for Barnsley including time as player-manager. He also won 28 England caps and was part of the 1966 World Cup winning squad although he didn’t play.

The thoughts of everyone at Rotherham United are with Norman’s family and friends at this incredibly difficult time.