Rotherham United are deeply saddened to learn of the passing of our former captain, Jimmy Goodfellow, aged 76.

Former skipper Jimmy was one of the unsung heroes of Rotherham United’s promotion season of 1974/75 but his praises were sung loud and greatly appreciated where it really mattered - among his teammates and in the dressing room.

Jimmy, very much a man of the North East, died this week in South Wales where he had made his home after serving Newport County and then a long spell at Cardiff City, latterly as a popular physiotherapist.

When manager Jim McGuigan decided he needed an experienced midfield player to help guide a predominantly young Millers side, he was alerted to Goodfellow by another manager, Len Ashurst, whose club, Hartlepool could not afford the fee. Rotherham could and paid just £3,000 for the 30-year-old from Workington. It proved a bargain.

His debut coincided with Rotherham’s first ever Sunday game in January 1974 - games were switched due to a power industry dispute - and he scored the goal in a 2-1 defeat by Northampton.

The team was in a state of transition at that point but his role would be one which became increasingly acknowledged and appreciated by fans as the games passed.

With his unselfish, committed attitude and ability to take responsibility, he proved an astute signing and an important member of the team - particularly of the devastating left-side triangle completed by left back John Breckin and left winger Alan Crawford which caused so much trouble to opposing defences in the Division Four promotion season of 1974/75 and beyond.

He said later it was the happiest season of his time in football with a tremendous spirit in the dressing room and everyone pulling together and that they had all laughed their way to promotion. 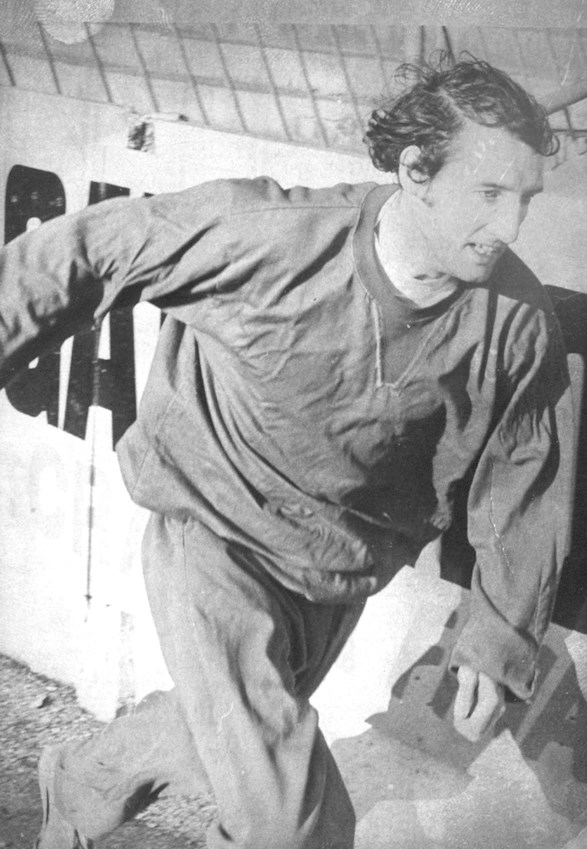 He was made captain the following campaign and played in all 50 matches that season and missed only four matches in the 1976/77 season when the club agonisingly missed promotion from Division Three (L1) by three goals on goal difference.

He missed only one game out of a total of 53 the next season but, aged 34, he was released after making a total of 220 appearances in all.

Jimmy, born in Bishop Auckland, was released at 17 by Newcastle United (he was a Sunderland fan) and joined Crook Town for whom he scored the equaliser at Wembley in their 2-1 win over Enfield in the FA Amateur Cup Final of 1964.

He joined Port Vale when he was 23, moved to Workington for four years and then the Millers from the start of 1974 until May 1978. After a brief spell at Stockport, and having obtained his FA coaching badges and physiotherapist qualifications, he became assistant manager at Newport County to Len Ashurst (the manager who had recommended him to Jim McGuigan) and on his appointment at Cardiff City in March 1982, Ashurst made him assistant there as well. Jimmy had a brief spell as manager when Ashurst moved to Sunderland.

After spells as physio at Plymouth and Sunderland, Jimmy went back to Cardiff as physio and, in 1998, was given a Testimonial against Manchester United and, with a few minutes left, he went on for his final playing appearance at the age of 54.

Jimmy made a total of 220 appearances in Millers colours in all competitions, scoring eight goals and will forever be remembered for his contribution here in South Yorkshire.

The thoughts of everyone at Rotherham United are with Jimmy’s family and friends and this incredibly difficult time.