Rotherham United are delighted to once again be gearing up for another season of working alongside Rainworth Skoda, who will continue as one of the club’s official car suppliers throughout the 2019/20 campaign.

Rainworth Skoda, formerly known as Bickerton Skoda, have once again accelerated their support of the club by signing a new year-long agreement at AESSEAL New York Stadium.

They will once again be supplying the Skoda company cars driven by members of the first team and back office staff throughout the current campaign.

Rotherham United’s Head of Retail Dawn Birks is another who can vouch for the services of Rainworth Skoda, having recently completed a purchase of one of their new models.

Head of Commercial Mark Hitchens expressed his delight at the opportunity to continue working with Rainworth Skoda Managing Director and lifelong Rotherham fan Jon Atherton and his team for another season. 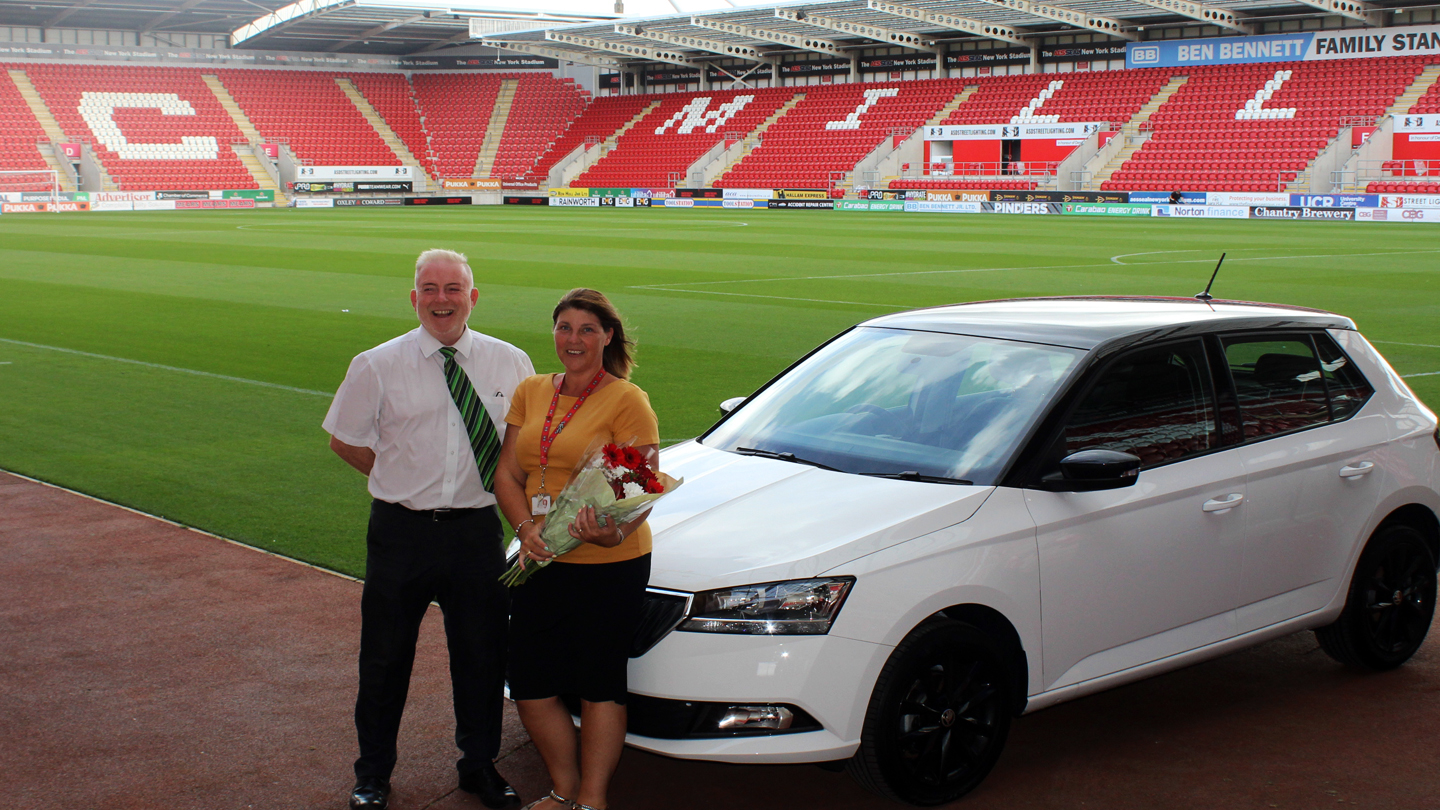 “We have always enjoyed a fantastic relationship with Jon, who I know very well and is a big Millers fan, and it is great that they will be supporting us again this season,” he told www.themillers.co.uk.

“We have had some excellent vehicles from Rainworth Skoda throughout the years and those that they have supplied to the current company fleet have once again received high praise from the staff driving them.

“Jon and his team have been fantastic to both staff and supporters in their sales too and we received equally positive feedback from Dawn, who looks after the retail at the club, after she completed a purchase of one of their vehicles for personal use.”

Paul Fox, Sales Fleet Manager for Rainworth Skoda was equally pleased to conclude the new deal, adding that he is hopeful of being on board for another exciting season with the Millers.

“We are excited to renew our partnership with Rotherham United as they move into another exciting season having made some great new additions to the squad,” he explained.

“We take great pride in seeing cars from our fleet being driven up and down the country by members of Rotherham United’s coaching and office staff and have been really pleased with the positive comments that have reached us about the cars.

“We are a locally-based company with a Millers fan right at the top of the staff and it would be great to see even more Millers supporters coming along to see if we can help them with the purchase of their next vehicle.”