Rotherham United’s first team players and staff woke up and smelled the coffee (and cakes!) at their Roundwood training base on Thursday morning in a show of support for Macmillan Cancer Support.

With organisations around the country sticking on the kettle and getting their bake on, Paul Warne’s squad joined in backing the charity’s work as they hosted a pre-training coffee morning of their own as preparations stepped up ahead of the weekend’s trip to Bristol Rovers.

The people of Rotherham raised more than £81,000 last year through 345 coffee mornings held across the borough, and Rotherham manager Paul Warne has called on the public to keep up the good work with this year’s World’s Biggest Coffee Morning held on Friday 27th September.

“Macmillan do a super job in being there when you’re going through a dark time,” said Rotherham United manager, Paul Warne. “They have been there for my family and I know that the people of Rotherham are really supportive of a really great cause. The coffee morning is a brilliant chance to have a brew and a chat whilst raising money for such a fantastic charity.”

Through the generosity of the public, Macmillan have invested in three Macmillan Cancer Support Workers at Rotherham Hospital - the first roles of their kind in Rotherham, working with the breast, colorectal and urology cancer teams.

Macmillan’s Fundraising Manager for Rotherham, Amy Hebdon, added: “Having the backing of Paul Warne and Rotherham United means a lot to Macmillan Cancer Support and the people of Rotherham. We would like to thank the club for their fantastic support of our World’s Biggest Coffee Morning, which has been hugely popular in Rotherham. Through the generosity of the people of Rotherham, we have been able to make a big difference to the lives of those affected by cancer.”

Macmillan Cancer Support’s World’s Biggest Coffee Morning is held on Friday 27 September this year, but people can host one whenever or wherever they want.

To sign up, you can visit coffeeregister.macmillan.org.uk or call Macmillan free on 0300 1000 200, or you can find events nearby using the interactive map on the Coffee Morning website (www.macmillan.org.uk/coffee). 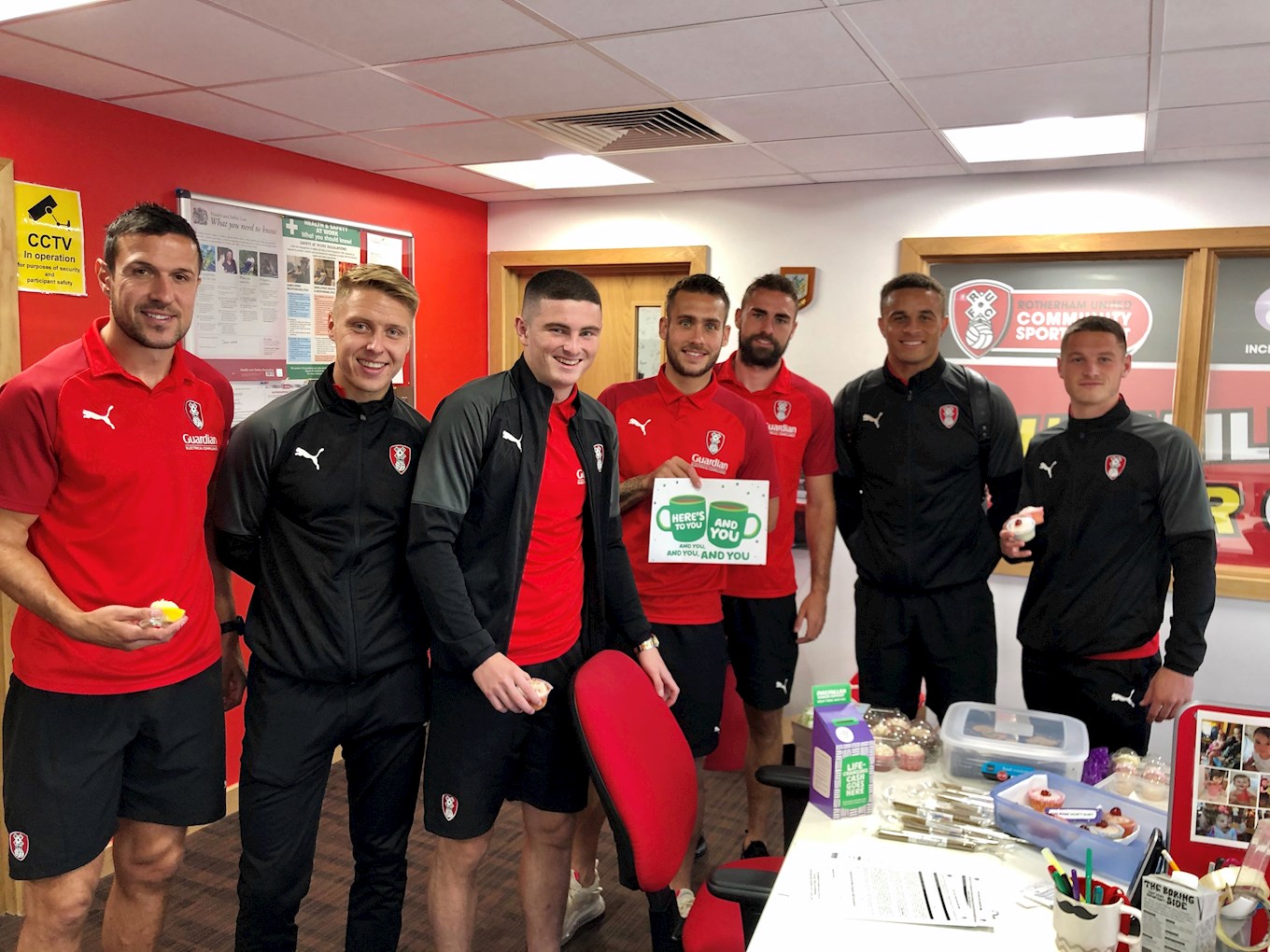