Rotherham United were delighted to go all out international in their Random Act of Kindness for the game against Shrewsbury Town, which saw supporters from Down Under join us at New York.

Australian-based Shaun and Monica had made the trip over to the UK to visit family as part of their 50th birthday celebrations, with Monica successfully overcoming her fear of flying to make the long trip from Queensland. 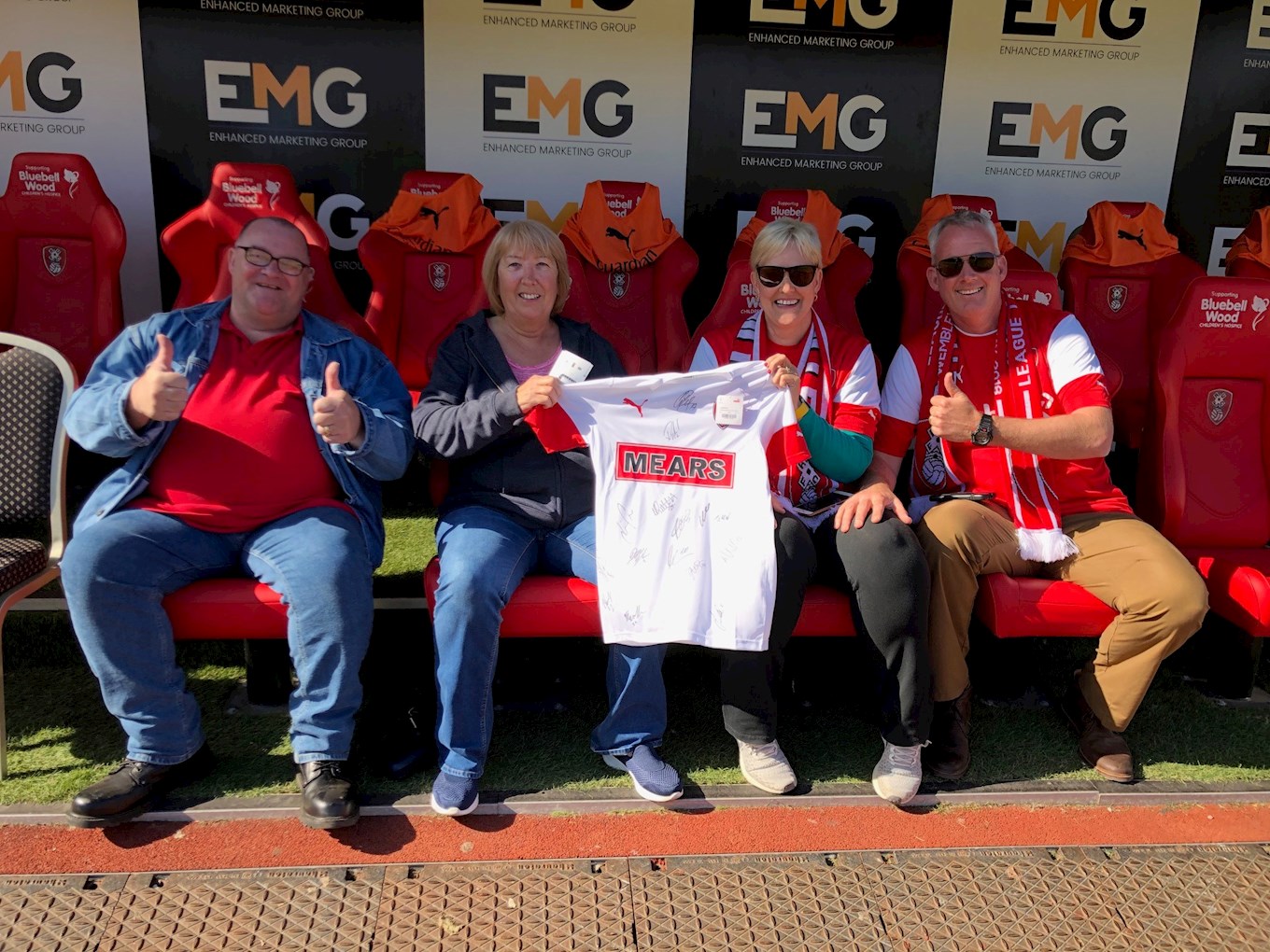 It was a full family day out as locals and UK hosts Martin and Gill Jones joined the intrepid explorers in the stands at AESSEAL New York Stadium, with the family represented all the way down to two-years-old with young Miller, Merlin, amongst the ranks on the day.

To help with the birthday celebrations, the club presented Shaun and Monica with a signed shirt, which was handed over by Millers defender Adam Thompson ahead of the game, before the pair sampled some staple matchday cuisine in the form of one of Eric Twigg’s famed Pukka Pies. 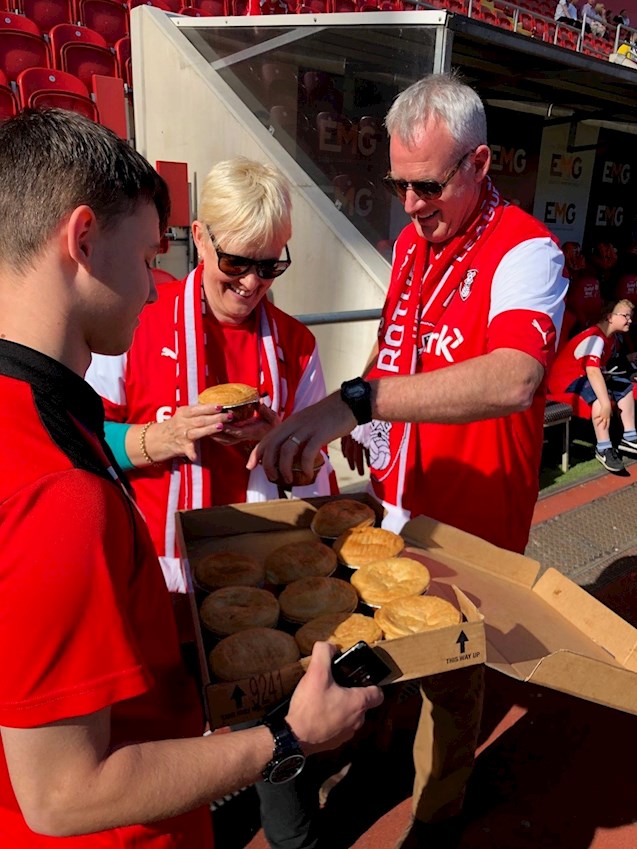 Following the game against Shrewsbury Town, Martin got in touch to send us these kind words:

“I would like to thank you for making our visit to NYS today, with the Aussies, so special.

“They enjoyed every minute of the day and say the signed shirt is going to take pride of place in their home.

“You and your team made the event a life-time memory for us all and you now have four more Millers fans to add to your total.”

We’re so pleased to hear everyone enjoyed the day Martin, and hopefully we can grow our fanbase by word of mouth on the other side of the world now too! 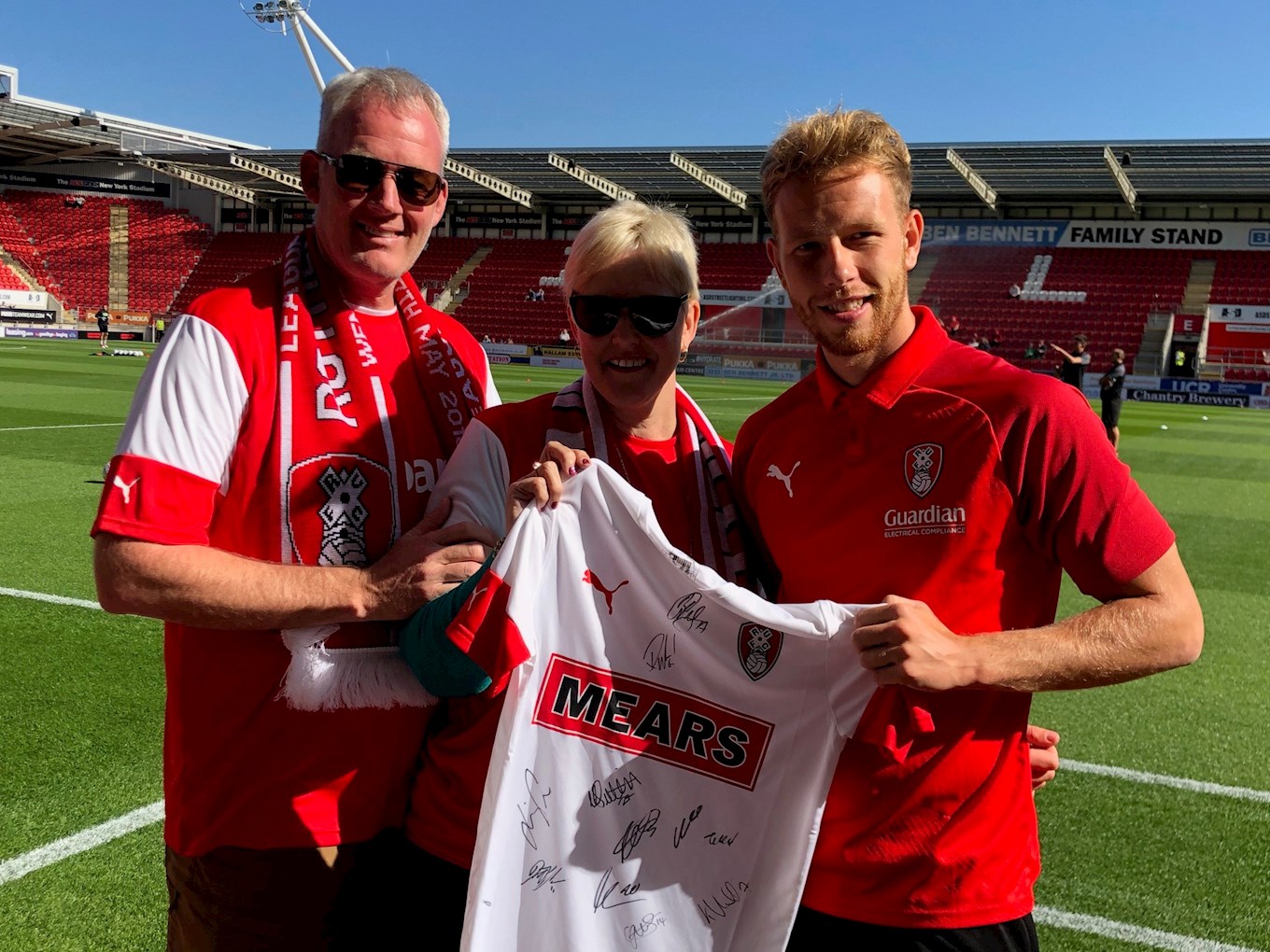