Rotherham United were delighted to hand young supporter, Asia, the opportunity to lead the players out of the tunnel holding the matchball at the game against Wycombe Wanderers as part of their Random Act of Kindness initiative.

The afternoon also saw the AESSEAL New York Stadium turn into a hive of activity, with the club backing pledging its support to Show Racism the Red Card, a campaign that wants to rid football of discrimination.

Black History Month was also well under way, and we are proud as a club of our heritage. Arthur Wharton became the first black footballer to make a professional appearance while at Rotherham United, and we are continually looking at ways of being as inclusive as it can be.

Asia was handed the once-in-a-lifetime experience of lining up in front of the two captains and match officials prior to the Sky Bet League One clash, and she was given the responsibility of carrying the Mitre matchball out onto the hallowed turf at the Millers’ home.

We hope you enjoyed your day Asia! 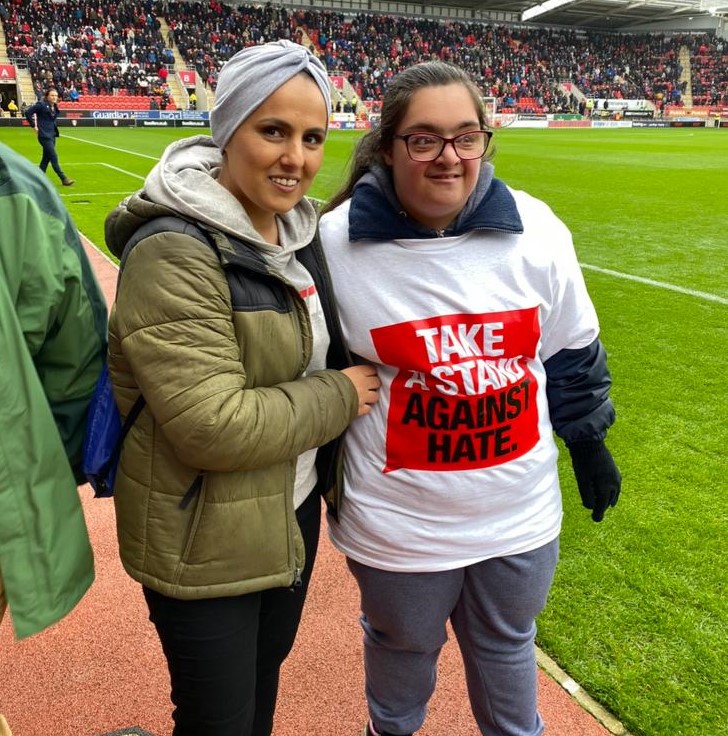