Rotherham United were delighted to hand young Millers supporter Ewan Davies the chance to lead out the teams for the Leasing.com Trophy clash with Doncaster Rovers, as part of the club’s Random Act of Kindness scheme.

Having arrived in the ground early and taken up his seat in the Ben Bennett Family Stand, Ewan was randomly selected by members of Rotherham United’s Community Sports Trust staff to take up position in the tunnel, before leading the procession of players out onto the hallowed turf.

Ewan stood alongside skipper on the night Joe Mattock as the Millers made their way out ahead of the Leasing.com Trophy clash before returning to his seat to enjoy the 3-2 win over Rovers. 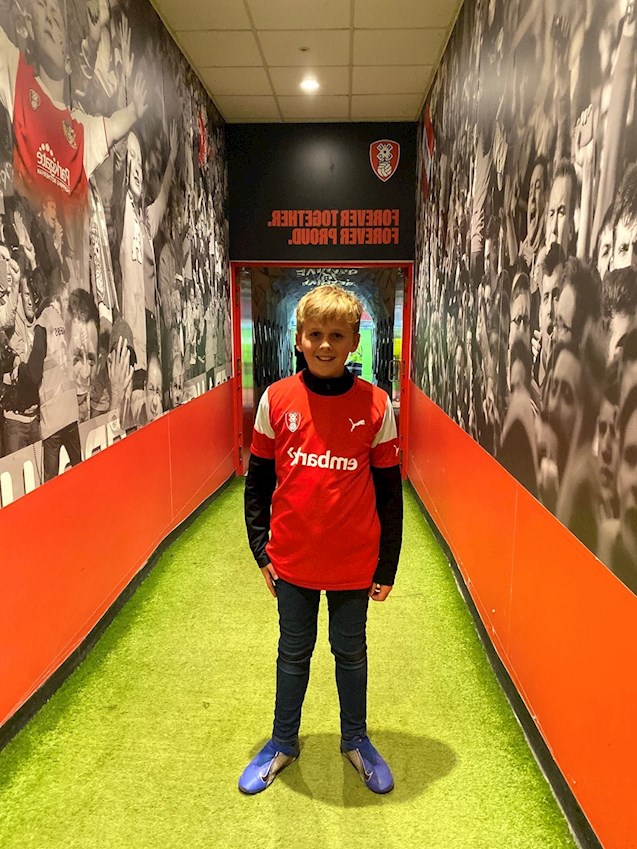 We hope you enjoyed the evening, Ewan!