Club legend John Breckin was on hand to join Fred at his house in Conisbrough on Friday (15th November) to surprise him on his 100th birthday. 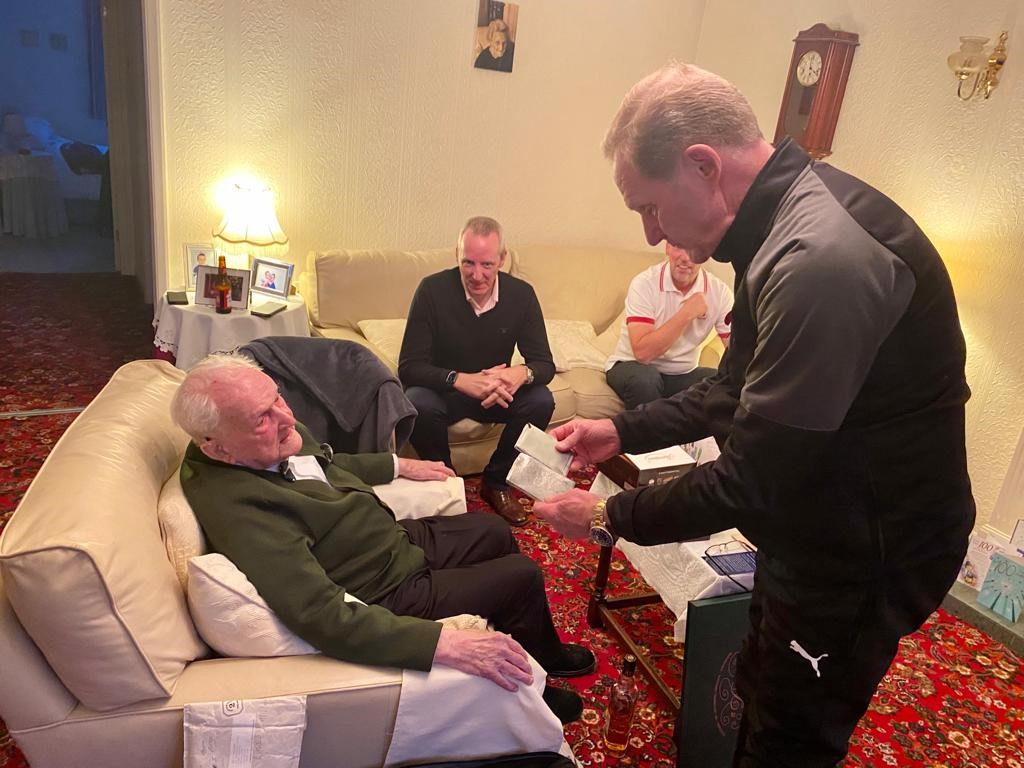 Breck arrived armed complete with a shirt signed by the Millers first team before sitting down to enjoy a brew and recount Rotherham United memories of old, before Fred proudly showed off his medals and equally impressive birthday cake.

As is customary when reaching 100-years-old, Fred was quick to show off his card from the Queen before once again getting back to chatting to Breck about his favourite Millers’ teams from years gone by, while his grandsons Andrew and Phillip Knight joined in the conversation from the comfort of the living room. 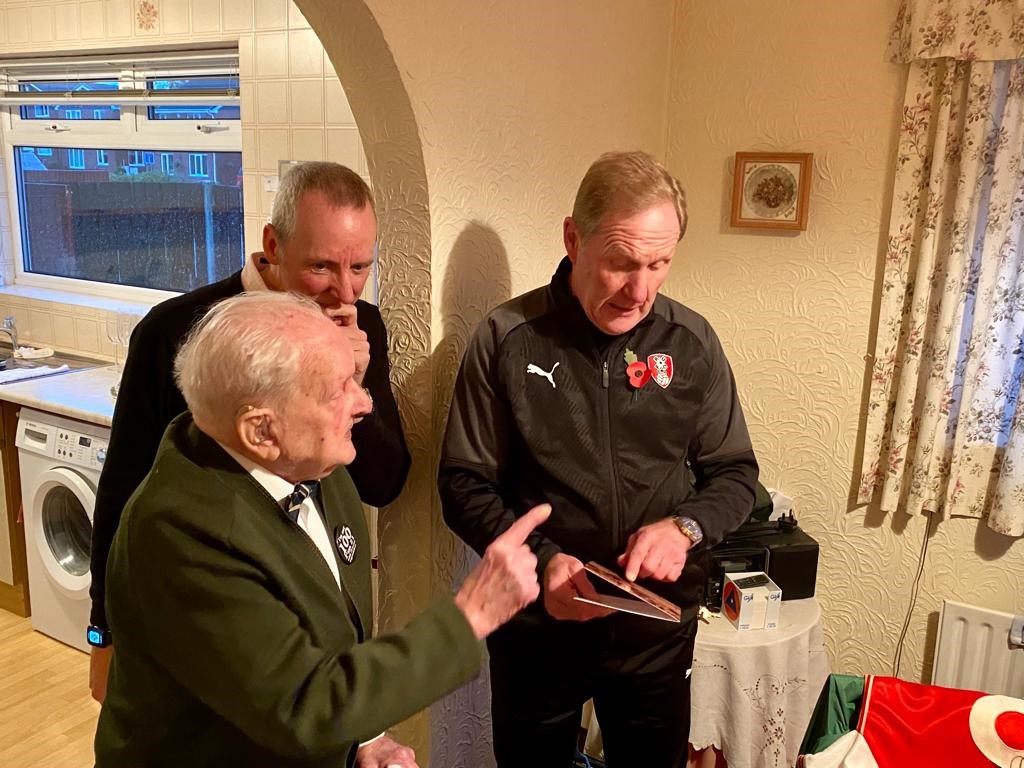 Club consultant John Breckin was delighted to be chosen as the Rotherham United ambassador to mark such a significant birthday for a lifelong Miller, speaking after the visit on Friday afternoon.

“It was a real pleasure to meet and spend time with Fred on such a special day,” he told www.themillers.co.uk.

“His passion for the Millers was clear and he had some fantastic stories and memories to recall from the last century, which even included my days as a player.

“It was particularly interesting to see Fred’s medals from his time serving this country and he was incredibly proud to have received his card from the Queen, while his birthday cake was absolutely phenomenal.

"We were absolutely hooked when Fred was telling us the stories from his time in the war, especially one involving a cigarette tin which actually saved his life by stopping a bullet by centimetres!

“He was made up that we had taken him a shirt signed by the lads but it really was the least we could do for someone who has supported the club so passionately for all those years.

“On behalf of everyone at Rotherham United, I would like to wish Fred a very happy 100th birthday.” 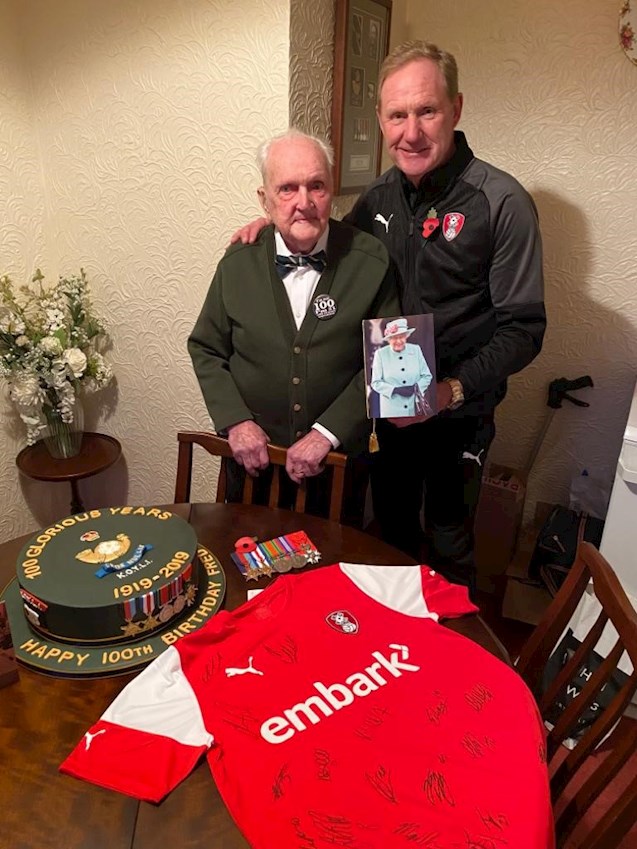