Rotherham United are delighted to have penned a new agreement with Enhanced Marketing Group Ltd, who will become a club Associate Partner, as well as our official Design Partner throughout the 2019/20 Sky Bet League One campaign.

The company have existing strong links with the Millers with their marketing headquarters based at the AESSEAL New York Stadium, while the new deal will see them increase their commitment to the club as they step up from their current ‘Business Partner’ status. 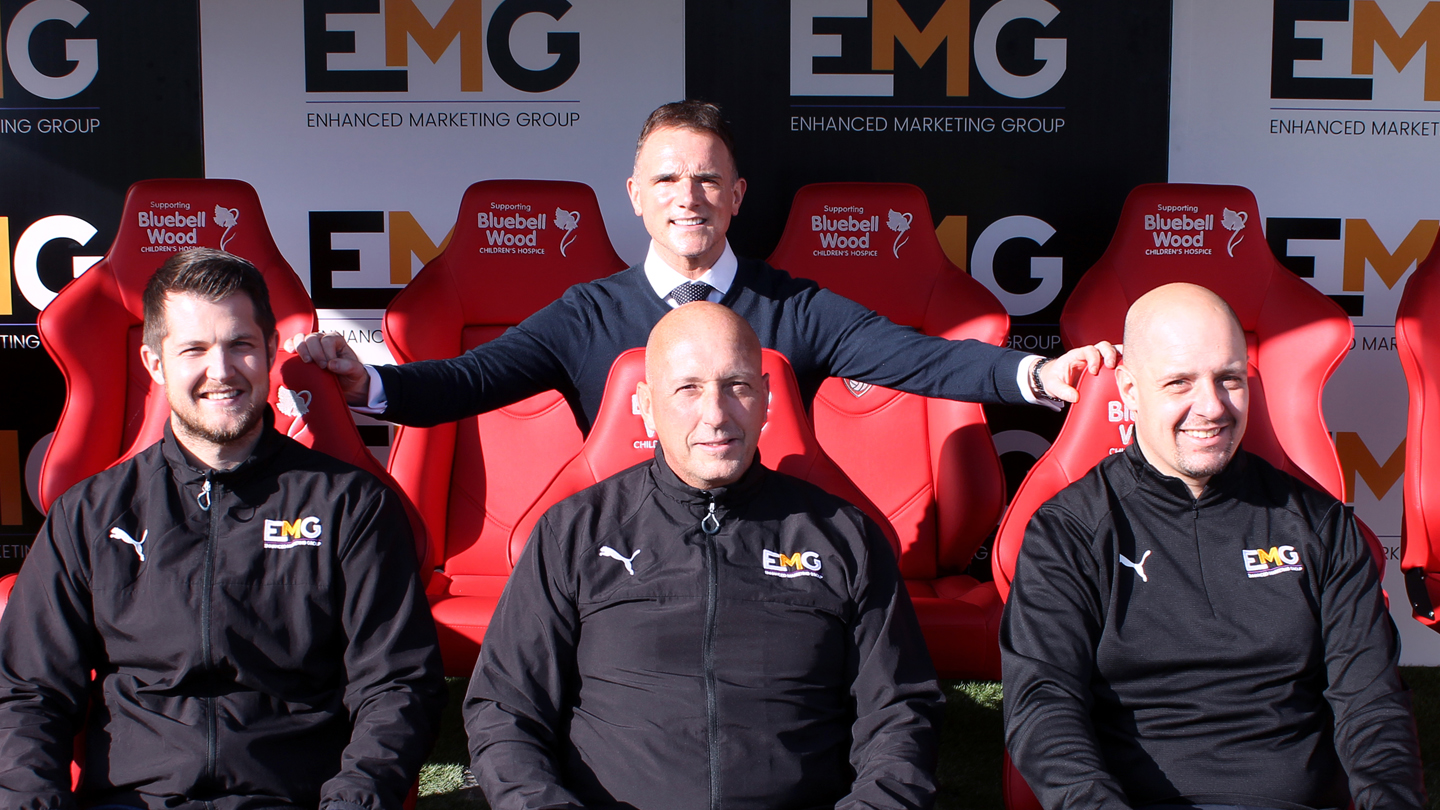 In addition to their online presence with the club, the EMG branding appears around AESSEAL New York Stadium and adorns the dugout, where Paul Warne and his coaching staff have recently taken vantage from at home fixtures.

Upon agreeing the new deal, Commercial Director Steve Coakley expressed his delight to have further strengthened the partnership with EMG, who are continuing their growth both as a company and in their relationship with the football club.

“I am really pleased that we have been able to agree a new deal with EMG, who have further reiterated their commitment to us by becoming an Associate Partner,” he told www.themillers.co.uk.

“We have had a fantastic relationship with everyone involved at EMG, who’s headquarters are based here at AESSEAL New York Stadium and we enjoy day-to-day contact with.

“The infancy of EMG’s involvement with the club saw them join our portfolio of business partners but they have been incredibly supportive since they came on board and I am really pleased to have seen them grow during their time associated with us.

“On top of that, we have had some very positive feedback on the new graphics which they have supplied across the board, from our matchday social media feed imagery to the design of the matchday and season tickets which have been issued to supporters for the 2019/20 campaign.

“We have really enjoyed the journey so far with an ambitious and forward-thinking company in EMG and we hope that this relationship continues to grow as both companies do the same.”

Danny Johnson, Sales & Marketing Director of EMG added: “Everyone at EMG are delighted to announce our new and continued partnership with Rotherham United Football Club, stepping up to Associate Partner and retaining our title as the clubs official Design Partner for the 2019/20 season. As big fans of the club, we’re looking forward to a fantastic season for Paul Warne's men as well as helping the club improve fan engagement through visual media on matchdays and beyond.”

Ian Maden, owner and Managing Director of EMG, added; “It’s such an honour to be working so closely with RUFC and in some way, it’s a bit like being a kid in a sweetshop.”

"As a boy, my brother would take me to Millmoor to watch the Millers play, however, at just 14 I moved to Surrey with my parents and so my regular weekend football trips came to halt. Being surrounded by people who supported London clubs, I kept the faith supporting the Millers from afar and I would get to see the odd game when I could.

"Even though I still live down south, it’s fantastic to now invest in my hometown and the Millers by placing our marketing studio at the AESSEAL New York Stadium and partnering with RUFC.”