Work began yesterday on preparing the pitch at AESSEAL New York Stadium for the 2019-20 campaign.

The Rotherham United ground staff presided over the initial phase of work which saw the removal of the top of the award winning playing surface, as staff begin the process of preparing another top class pitch for next season.

Similar work has already commenced at the Millers’ training base at Roundwood, with the staff again looking to produce a pitch which has seen the club pick up numerous awards since our arrival at the AESSEAL New York Stadium. 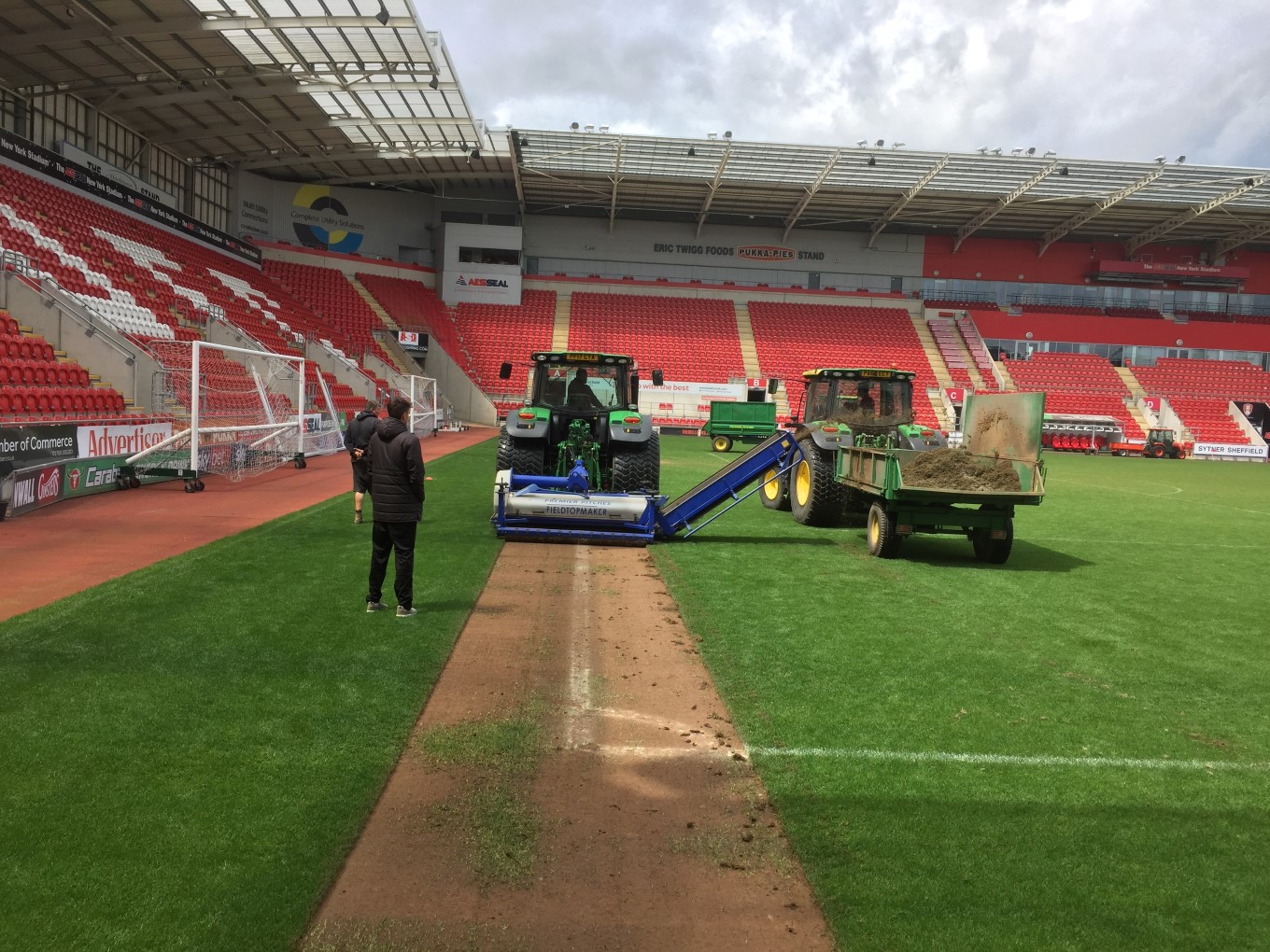