Yesterday Richie Barker, the Millers assistant manager, confirmed that whilst the door wasn’t shut on wingers Jon Taylor and Ryan Williams, there were no further discussions planned with the pair.

Renewed offers have also been expressed to Anthony Forde and Joe Newell, with answers expected shortly. 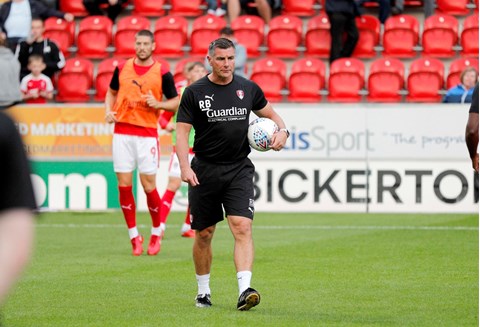 Former defender Scott, who re-joined the Millers in April to head up the recruitment department, confirmed the club are ready to move elsewhere in all areas, insisting there are suitable lists in place should they need to replace over the summer.

He told www.themillers.co.uk: “We do have plans in place should certain individuals move on and hopefully we have potential replacements that will serve us well.”

Scott, who previously worked in successful recruitment teams at Brentford and Watford, explained that the club will have to carefully balance their efforts to pursue new talent with retaining their key assets, in order to avoid a situation whereby they end up with a squad in which the numbers dictate that some players may be surplus to requirements.

He added: “What we don't want to do is to move on something quickly if the players we think might leave are still here

“We have to have a contingency if those players are to go but what we can't do is move too early and try and fill those positions if they don't end up moving on.

“It's a catchy situation to be in because you don't want to go too soon and end up stockpiling players. That said, we've got lots of contingency plans and a lot of the transfer deals tend to take place late on in the window. 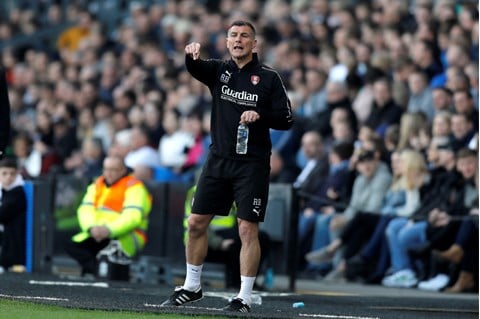 “The window for League One and League Two clubs is now open even longer into September, so there is plenty of time to get things done.

“I know the coaching staff want business concluded as quickly as possible because they want to go into pre-season knowing exactly what they've got, which I understand, but on certain deals you somtimes have to be patient.”

Scott, who served the Millers as a player between 1998 and 2005, has been impressed with the group of players currently in place, crediting Paul Warne, Richie Barker and the coaching staff for developing the club’s prize assets.

He continued: “We've got a number of valuable assets that the coaching staff have developed and a number of players that they brought in for minimal fees or for free.

“They've made these players into assets for the football club and we don't want to lose those for less than they are worth.

“That said, everyone has a price in this game, even if you're at Barcelona or Manchester United. Everybody has a value on their heads and it is no different for us.”