Rotherham United boss Paul Warne says he is working from a strong base as he waits on the outcomes of discussions with four members of his squad.

The Millers yesterday confirmed five players are set to leave the club at the end of their contract, whilst discussions over an extended stay have commenced with Joe Newell, Anthony Forde, Ryan Williams and Jon Taylor.

With loan players also returning to their parent clubs, Warne knows he’ll have to strengthen in several areas over the summer, but he admitted a strong core will remain.

With the club exercising an option in Joe Mattock’s contract for next season, Warne is happy with his defence, giving him a firm base to work from as he continues his rebuilding.

“I think I've got about 14 players left under contract at the moment and my back five are virtually sorted, so in that respect, it's not too bad,” he told www.themillers.co.uk.

“We've got a few holes to fill but we have got League One experience and they are just coming off the back end of a really exciting season in the Champ.

“The third tier will be really tough, that is for sure. There are some big clubs in there so we'll have to prepare well but there are a lot of players in my team that have been there and done that before, so there is no reason why that with a bit of Lady Luck, we can't do it again.”

With Wednesday's announcement, a number of players who played crucial roles in the promotion from League One departed the AESSEAL New York Stadium. 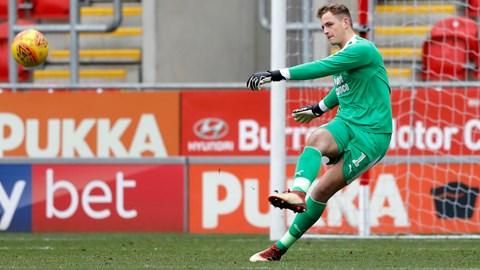 The likes of David Ball, Darren Potter, Richie Towell and Marek Rodak all played a part in the promotion season, whilst Zak Vyner played a major role in last season’s Championship campaign.

Warne says it is tough to see the players who have served him well depart, but the Millers boss will be staying in touch following their service to the club.

“They'll go and play somewhere else, but they will always be looked upon as my footballing children,” he added.

“I'll always keep in contact with all of the players and I still do with players that we had here five or six years ago.

“I wish them all the best, but obviously not if they end up playing against us!

“They've been brilliant servants for us over the past couple of years especially and they've given me everything, so it would be wrong of me not to miss them and I'm sure all the fans would join me in wishing them all the best.”