Rotherham United are delighted to confirm Embark Group will be the club’s new home shirt sponsor for the 2019/20 season.

The Embark logo will be emblazoned on the new home shirt from next season, with the brand new strip set to be revealed next week.

Embark have held a long-standing partnership with the club, which started as executive box holders at the time the AESSEAL New York Stadium was opened, before later agreeing deals which saw them become the club’s home and away shorts sponsor across the 2016, 2017 and 2018 seasons.

“We are thrilled to further enhance our partnership with a truly progressive company who continue to grow and make numerous acquisitions within the company group.

“The club have enjoyed a long and successful partnership with Embark Group, and both parties are really excited about the future potential of the relationship.

“We firmly believe this latest deal will be hugely beneficial for both parties, and we are all looking forward to working together again next season.”

The Embark Group are a leading UK provider of investment and pension related services to a range of household name financial services companies in the Retail Banking, Wealth Management, Workplace Savings and Robo-Advice Sectors. They are headquartered in London, with offices across the UK in places such as Edinburgh, Great Manchester, Leicester and Salisbury.

Phil Smith, CEO of the Embark Group commented: “We are delighted to have had the opportunity to step up to become the home shirt sponsor for the forthcoming 2019/2010 campaign, following several seasons of mutual collaboration with the Club. Rotherham United is a fabulous Community Club, built on teamwork, a strong work ethic, and a spirit of stakeholder inclusion. These are all elements common to our company ethos, brand, and our own culture as a business. We look forward to continuing our outstanding relationship with everyone at the AESSEAL New York Stadium throughout what promises to be an exciting season ahead.” 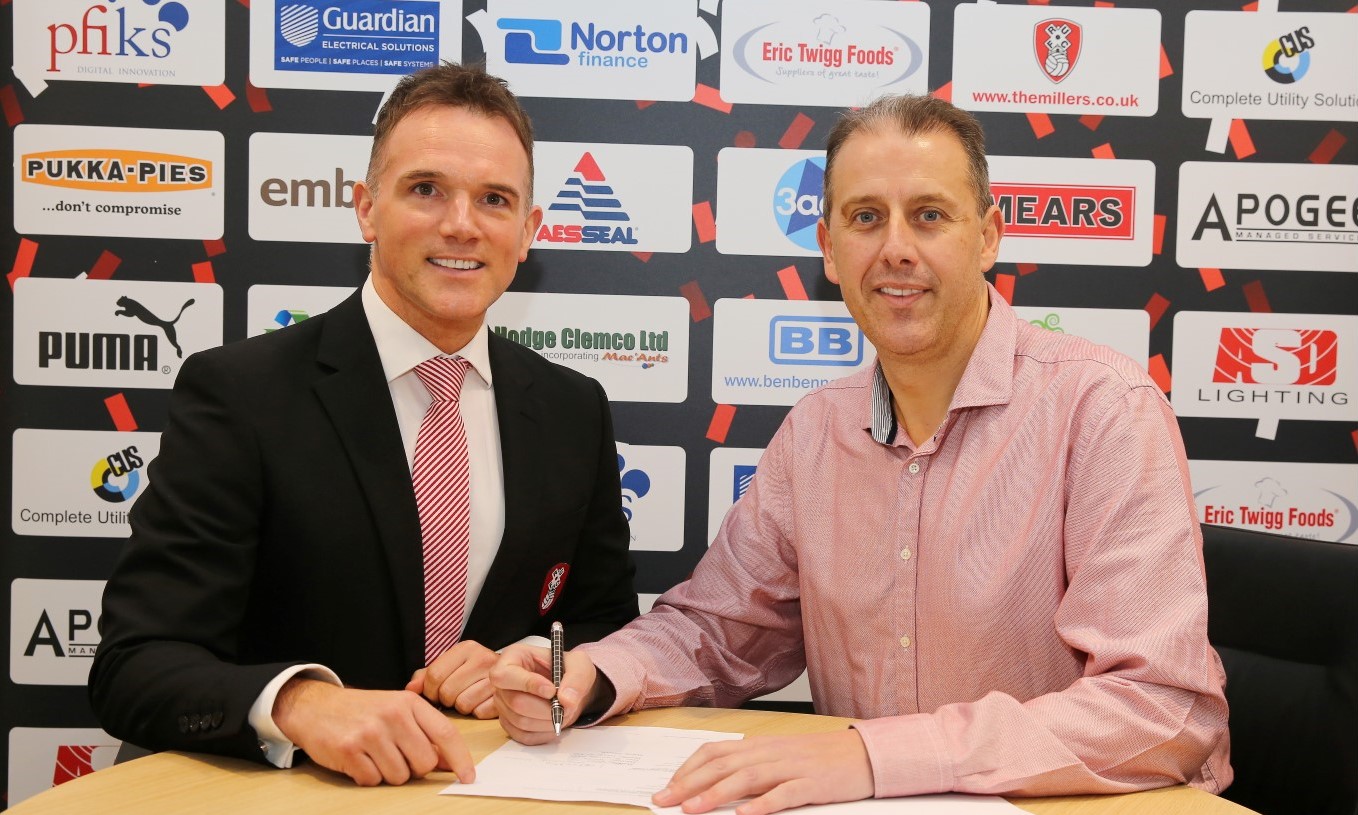 The design for the new 2019/20 Puma Teamwear home kit will be released next week.