Goalkeeper Laurence Bilboe has agreed a new one-year deal with the club.

A product of the Rotherham United Academy, the youngster signed his first professional contract in March 2016, and his latest deal will take him through to June 2020.

The Walsall-born stopper has featured on numerous occasions in the first-team matchday squad, but has yet to make his professional debut for the club.

On confirmation of his new deal, Bilboe told www.themillers.co.uk: “This will be my fourth year now as a professional. I really enjoy it here, the staff have always been really good to me and we have a great bunch of lads in the dressing room. It was an easy decision for me to sign a new deal here.

“I came through the youth system and progressed to being involved in the reserves, and then it has been a great experience being on the bench for first-team games. I've had some valuable experience going out on loan as well. Now I am looking to push on next year and see where it takes me.”

He added: “Being on the bench in The Championship was a good experience for me. It was also good to get to Stratford and Havant, there is nothing like playing, and getting some competitive game time was important. I was really grateful to play at National League level, no disrespect to the other clubs, but being at Havant was a real step up. I thoroughly enjoyed it, and I can't thank them enough for the opportunity.

“I'll come back in pre-season and try and hit the ground running. I'll be working hard over the summer and then we'll see where it takes me.” 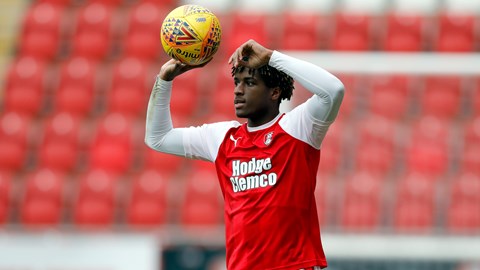 He continued: “Polly is great and it is safe to say there is never a dull day when he is around. I've thoroughly enjoyed working with him, and he's worked hard with me to improve my game. Working with Marek and Pricey has also been invaluable. I've taken plenty from them all.”

Earlier this week, the Millers also revealed that fellow academy graduate Akeem Hinds had signed a new one-year deal with the club.

Yesterday, it was revealed that Bilboe was one of five players the club were in discussions with, whilst the club confirmed a one-year extension had been triggered in Joe Mattock's contract.

The Millers confirmed five others are set to be released at the end of their contracts.