Rotherham United assistant manager Richie Barker says there are no further discussions planned with duo Jon Taylor and Ryan Williams at this stage, but confirmed the door remains open, for now, on an extended stay with the Millers.

Barker also revealed discussions have continued with Joe Newell and Anthony Forde, with the staff expecting an answer shortly on terms which have been offered by the club.

Following the end of the 2018-19 campaign, the Millers are looking to press ahead with their plans for next season, with Norwich City striker Carlton Morris already committed after signing a one-year loan deal. 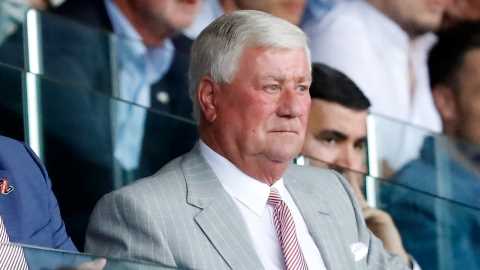 Whilst discussions with Williams and Taylor appear to have halted, Barker stressed it isn’t the end for the pair, but hinted time is quickly running out as targets continue to be explored elsewhere.

Barker told www.themillers.co.uk: “We have spoken with Ryan and Jon but it is at a stage now where there is nothing further planned in terms of discussions. That's not to say we have closed the door on them. We have made some good offers to both, which still stand, but at the moment it appears that they are exploring options elsewhere, which is their prerogative and we understand that.

“That said, they haven't signed for anyone yet, and in football you never say never. It may be that they have interest from the Championship, and if that is the case then it is hard to keep hold of them. We cannot wait forever, and we have explored other options, but like I said earlier the door remains open at this stage.”

Barker confirmed a decision is also due by fellow wingers Newell and Forde.

The Millers assistant revealed that both were made further offers last week, and with June quickly approaching, he is conscious of not letting the situation drag on for too long.

He added: “With Joe Newell and Anthony Forde, we have spoken to them again recently and further offers have been put to them. We are expecting an answer from them one way or another shortly.”