Rotherham United are once again delighted to support the Level Playing Field Weeks of Action at Saturday’s game with Norwich City.

The Millers have long since held a close relationship with Level Playing Field, who following their foundation in 2005, have helped highlight the positive initiatives undertaken by clubs, sporting venues and their governing bodies in partnership with disabled sports fans and disabled supporters associations (DSAs). 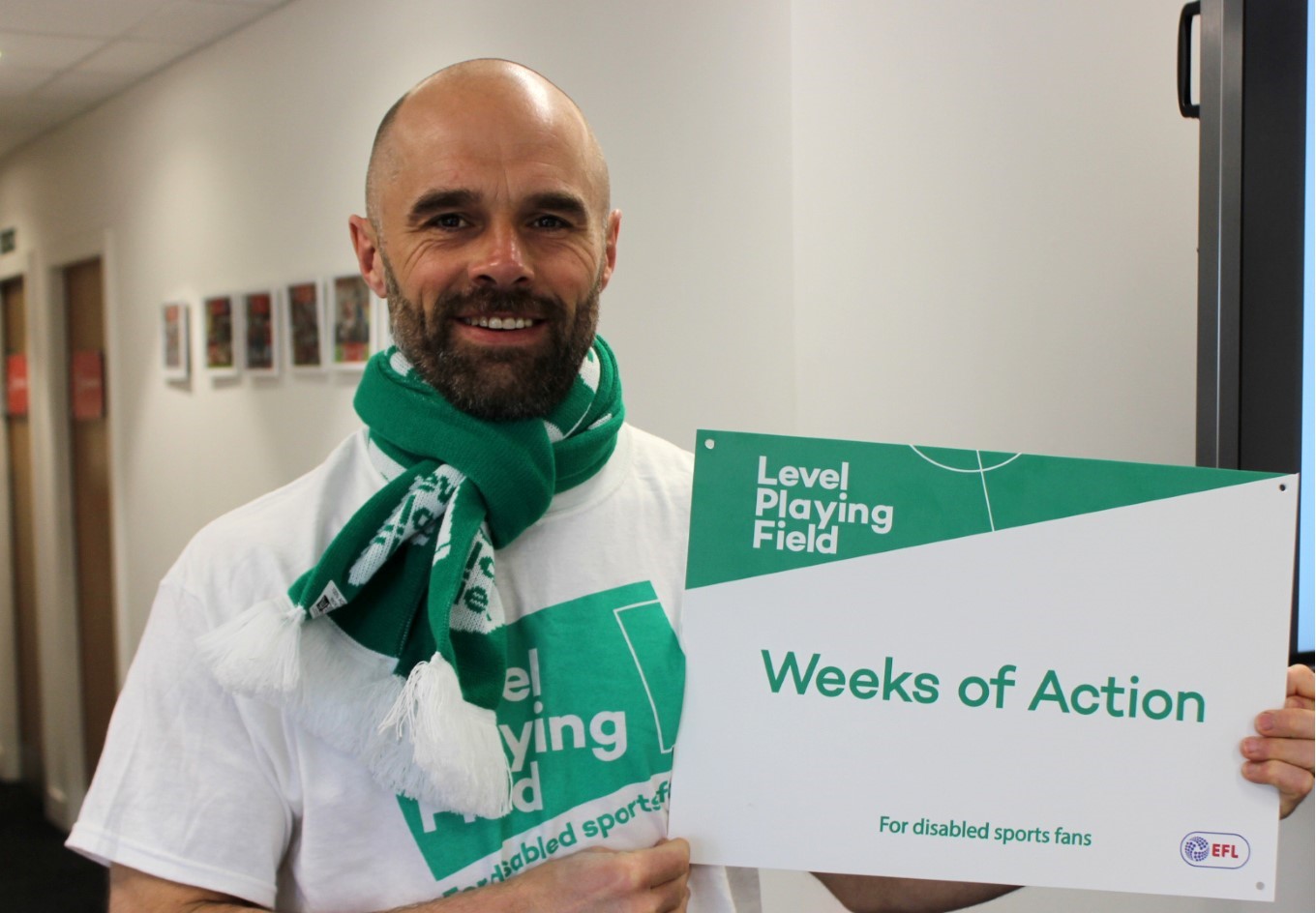 This year Level Playing Field opted to launch their 2019 Weeks of Action from the AESSEAL New York Stadium, whilst the players and staff have this week taken to social media to show their support for a very worthy cause.

LPF will also have a pre-match presence as flags will be waved by today’s flagbearers to welcome the teams out onto the pitch before they take pride of place at the front of the centre circle sponsors’ photograph.

In addition to the above, resident club mascot Miller Bear will wear a special t-shirt dedicated to the Level Playing Field campaign.

After the two parties announced earlier in February that they would be teaming up to help launch the Weeks of Action, each expressed their delight at the opportunity to work together for this year’s campaign.

“We are working with governing bodies in a range of sports in England and Wales to promote greater access and inclusion.  We are pleased to have teamed up with EFL Championship club, Rotherham United Football Club for the launch”.

As a part of this, Rotherham United and its Disabled Supporters Association have produced a video, highlighting the importance of good access.  This shows the positive impact that can be achieved, as well as what they do as a club to support greater access and inclusion.

“The Level Playing Field Weeks of Action are a significant way of raising awareness of what we are doing here at Rotherham United, as well as at other clubs around the country. We have supported the Level Playing Field Weeks of Action campaign over a number of years and, with their assistance, launched our own Disabled Supporters Association last year. This continues to go from strength to strength.”

“We are thrilled to have worked with Rotherham United and its DSA to create a film that showcases the importance of good access and inclusion.   We know that football is at the hub of the community and it is for precisely this that we chose Rotherham United to be the focus of our launch for the 2019 Level Playing Field Weeks of Action”.