Following Paul Warne’s appointment as boss, the Millers have made a name for themselves by taking on talented individuals, and improving them with carefully planned work behind the scenes.

The likes of Will Vaulks, Semi Ajayi, Marek Rodak, Ryan Williams, Kyle Vassell and Richie Towell have all put themselves on the international scene whilst under Warne’s tutelage, whilst Michael Smith was transformed from a fringe player at Bury to an automatic starter in The Championship. 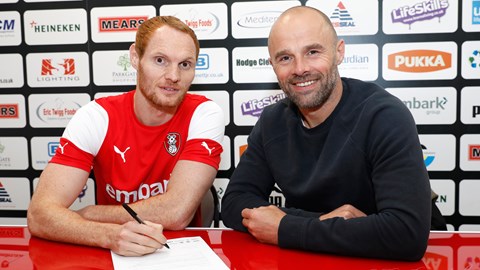 Barker believes the success with a host of players will not have gone unnoticed, and the growing reputation can only help as the current recruitment drive continues into June.

The assistant manager told www.themillers.co.uk: “What we have put together from a football point of view, it looks good. People will see players who have come here in the recent past and have gone on to become internationals.

“I think that is recognised by agents and players, who have seen players come here and improve. I think that is something money can't buy, and hopefully the reputation we created as a club over the last few years will help in persuading some of those we are interested in to join.”

Barker revealed last week that meetings with prospective signings have been planned this week, whilst bids have also been tabled to clubs for several targets as Warne looks to strengthen his ranks. 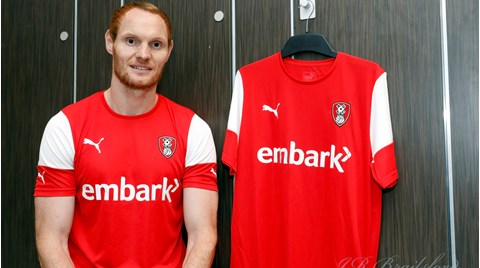 The 43-year-old was keen to stress that the early progress has been positive, with the staff happy with the options identified.

Barker says there is still work to do, but following the early arrival of Carlton Morris on loan from Norwich, and yesterday's signing of Wigan's Shaun MacDonald, the Millers are now looking to step up their recruitment drive throughout the month of June.

He added: “We are happy with the options that are being brought to the table, but you are never fully satisfied until they are through the door. We are also aware we are having something like 10 to 15 conversations with players, whereas realistically we are looking for around six of them to come off. Sometimes you get the ones you want, sometimes you don't - it is the nature of recruitment. In terms of who is available and who looks affordable, we are quite happy."