The academy graduate joins the League Two outfit for the 2019/20 season, with the Millers holding a recall clause in January.

Yates, who enjoyed a successful loan stint at fellow League Two side Carlisle United last season, made seven appearances in the Championship on his return to AESSEAL New York Stadium in January. 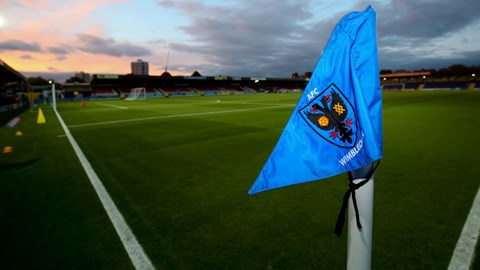 First team/development coach Matt Hamshaw told www.themillers.co.uk: “It is a great opportunity for Jerry. He enjoyed a spell at Carlisle last season, and having known Jerry for a long time, I know he found it hard to come back and be a bit part player again. It works for both parties. We want him now to build some experience, get some goals and then we'll see what the situation is in January.

“We have signed Carlton Morris and we have some good options already at the club. There may well be others coming in up top, so we'll have a strong strike force for next season. In that respect, I think it makes sense for Jerry to go out and get some experience and we wish him all the best.

“There were a few clubs who were keen on him. We left the decision to Jerry but we're happy he's chosen Swindon. The gaffer knows Richie Wellens really well, so we can be sure Jerry will be well looked after. It is a good move all round.”

The 22-year-old made his senior debut for the Millers in April 2015, and played a major role in the promotion from League One in 2017.