The graduates are also made up of coaching staff from Chelsea, Leicester, Everton, Brighton & Hove Albion, Derby County and Rangers.

The FA Level 5 (UEFA Pro) in Coaching Football course is The FA’s highest football coaching qualification and prepares coaches for the pressure and challenges of modern football management. Everyone on the course is trained to manage media relations, introduced to working with Technical Directors and guided on how to create high-performance club cultures and environments.

This preparation for life in management gives every graduate the on and off-the-pitch skills necessary to succeed and adapt to life at the very top of the professional game.

The female game was well represented in this year's graduates. Lydia Bedford, England Women’s U16’s coach graduated and will be putting her skills into action with the young Lionesses. Hannah Dingley, Burton Albion academy Head of Coaching was celebrating last night too, as she looks to take her learnings back to her young teams.

Everyone at Rotherham United would like to extend our congratulations to Matt on his achievement.

Les Reed, The FA Technical Director, said: “A huge congratulations to each and every one of our graduates.
This is just the beginning for this group. There will always be more to learn, different goals to reach and new things to discover - and The FA will always be here to help guide these coaches through football’s ever changing landscape.

Lucy Pearson, Head of FA Education, said: “The FA Level 5 (UEFA Pro) in Coaching Football course is the highest qualification that The FA provides. The success of our graduates in this course is a testament to who they are as coaches, and people.

During this course, we’ve focused on the challenges in modern football coaching and management - whether that’s dealing with the media, working with the board or managing the day-to-day pressure that surrounds working in football. Now it’s time for these graduates to put that learning into practice and make their mark on the game.

They’re at the end of an 18-month journey with The FA, but at the beginning of a much bigger journey in their career. We wish them all the luck in the world.

The FA Level 5 (UEFA Pro) in Coaching Football graduates are: 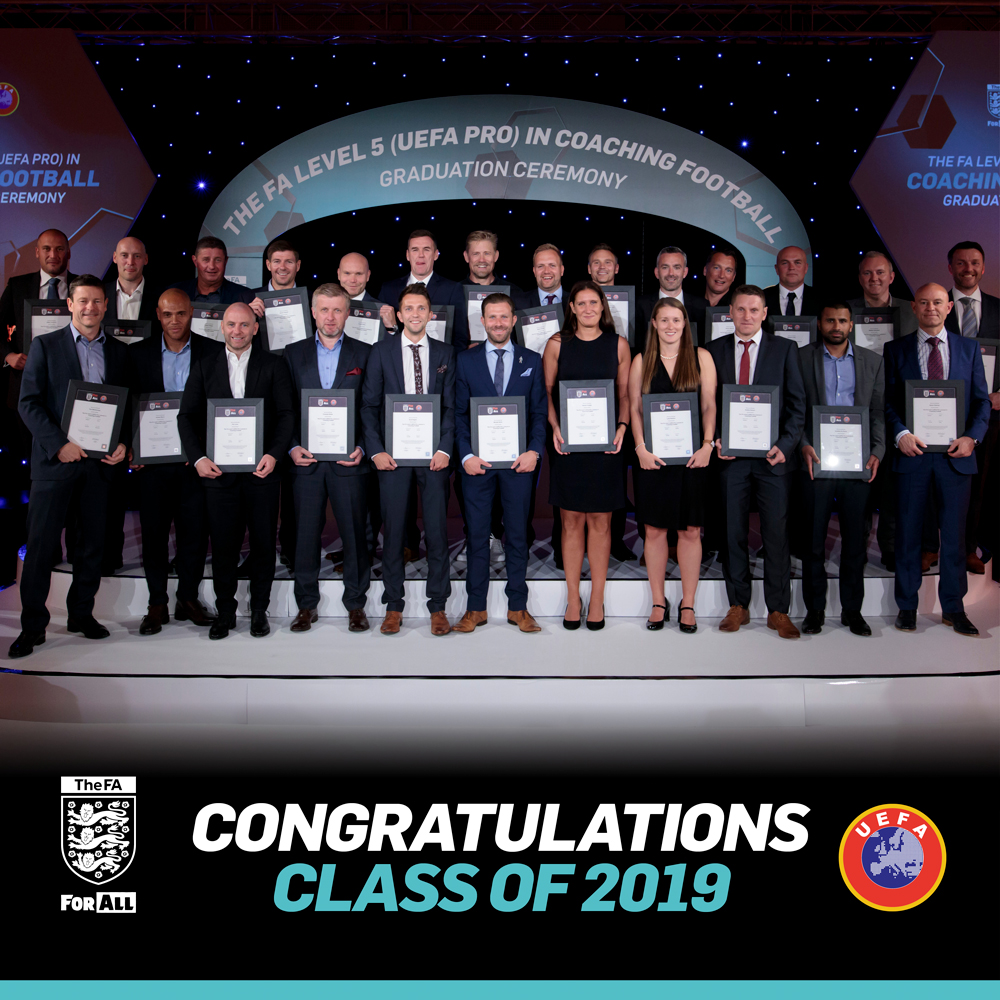