It promises to be a busy summer window of recruitment for Rotherham United, and there is one attribute which remains top of Paul Warne’s manifesto.

Warne has always planned his recruitment drive around adding players who will fit into his carefully constructed dressing room culture, and it remains a recruitment policy he simply will not sway from.

Rediscovering the ‘Rotherham DNA’ through his additions over the past two years has been one of Warne’s biggest achievements at the helm, with character and team spirit spoken off with great affection by those who wear the Rotherham red. 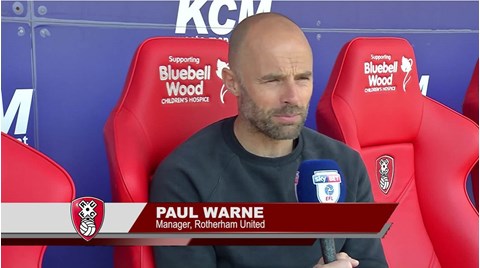 With Warne confirming he is sitting down with potential targets from today, the Norfolk native says it is through the upcoming crucial face-to-face chats where he works out whether his target will fit into his finely tuned dressing room environment.

Warne told iFollow Millers: “I think it just takes one player to crumble a dressing room. Like I said to Shaun MacDonald the other day, we'll be spending the next 10 months in each other's pockets, literally six days a week. It is a long time.

“I am not prepared to put a player on the pitch that I, or the lads, don't want to spend time with for those amount of days. That is just not a team ethic in my view. All the staff are the same, we are all very close. That's how I like it. I think you work just that little bit harder if you know the person beside you is going to do the same thing. Characters are fundamental to success. I would take a good character over a lesser player rather than the other way round.”

The homework on the background of a potential target is extensive. Warne sees a character profile just as important as the ability a player possesses on the field. 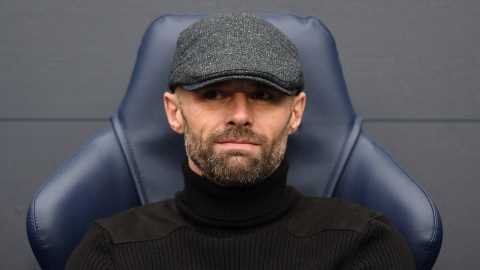 READ | We’ll try and notch up our preparations again, Warne

Alongside his recruitment team and staff, hours of extensive planned research is put into every individual, but nothing is rubber stamped until Warne can give his seal of approval following their sit down chat.

Warne confirmed with some potential targets finances have almost been taken care of, stressing in some cases it is now all about the impending chats as he looks to seal the deal on more signings before the end of the month.

He added: “There is a target who I have spoken to a few times on the phone, and I think that will just be about how we get on - and telling him what I expect from him and how we'll try and improve him. I make no bones about it, our reputation as a football club is pretty good.

“That's what the meetings are really about, and to look them in the eye and to see if they like me. I appreciate I am in professional mode here, I am a lot funnier in real life. Hopefully with one or two of them the deal is sort of done financially, it is just about pushing the deal over the line after deciding whether we fit for each other.”