Members of Rotherham United’s first team players and staff are set to take part in a corker of a fundraiser as they join our friends at Wickersley Cricket Club for a charity game in support of the Rotherham Hospice and Sunbeams.

The entire Rotherham United squad, including any new summer additions, will be in attendance tonight (Friday 5th July), ahead of the club’s first friendly of the 2019/20 campaign against Parkgate a day later, with a number of them donning the pads for the 20/20 cricket game. Howzat for a chance to meet the lads? 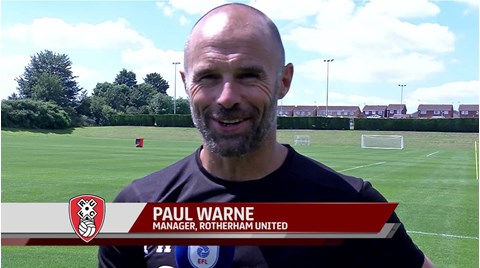 The Millers will be going all out to push the boundaries in their fundraising efforts for the Broom-based charity, for whom there will be a donations box on the gate, rather than an entrance fee for any supporters wishing to attend.

The cricket game will be played in a 20/20 format with stumps at 5:30pm, while a raffle including a host of signed Rotherham United merchandise and tickets is planned to help with the fundraising on the day.

Club Ambassador John Breckin, who has been a driving force behind the organising of the event and a regular supporter of the Rotherham Hospice, was delighted to see the game confirmed and is hoping fans will be bowled over by the opportunity to  meet the 2019/20 squad ahead of the new campaign.

“I am thrilled that we are now able to announce our charity cricket game for the Rotherham Hospice after a number of positive discussions with our friends at Wickersley CC,” he told www.themillers.co.uk. 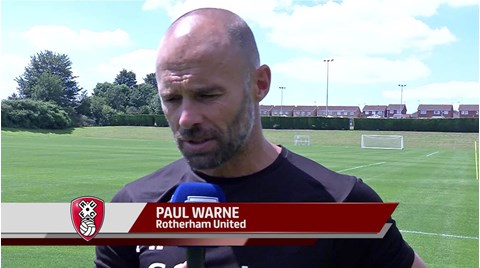 FREEVIEW | Warne on other potential signings

“As many of you will know, I have played in plenty of charity cricket games throughout my association with Rotherham United to great success and I am hopeful of another fantastic day, to raise money for a charity close to my heart, and the hearts of many people in the local area.

“A huge thanks must go to the gaffer, Paul Warne, who has not only said he will play in the game, but has gone above and beyond to adjust the pre-season training calendar to ensure that all of the players can be up there to join us.

“We have some talented cricketers within the ranks and I know that Richie Barker and Matt Hamshaw are keen to get involved, while a number of players will also take part. Those that don’t will be up there to support their teammates and indeed, the event, so make sure you bring your autograph books along.

“The fact that the manager has backed this event further reiterates his desire to unite the club’s players with the community and with a batch of fresh faces set to arrive this summer, it will be a fantastic opportunity to meet lads new and old before the football season gets back underway.

“An enormous thanks must go to Wickersley Cricket Club for all their efforts so far and I would ask that you donate kindly on the day to the hospice because they really do a fantastic job for our community.”