Rotherham United have completed the signing of midfielder Matt Crooks for an undisclosed fee from Northampton Town, subject to EFL and FA ratification.

The player passed a medical this morning and agreed a deal until June 2022 to become boss Paul Warne’s first signing during the January transfer window.

The 24-year-old started his career with Huddersfield Town, but has made his name at Northampton where he has been a mainstay over the past two seasons. 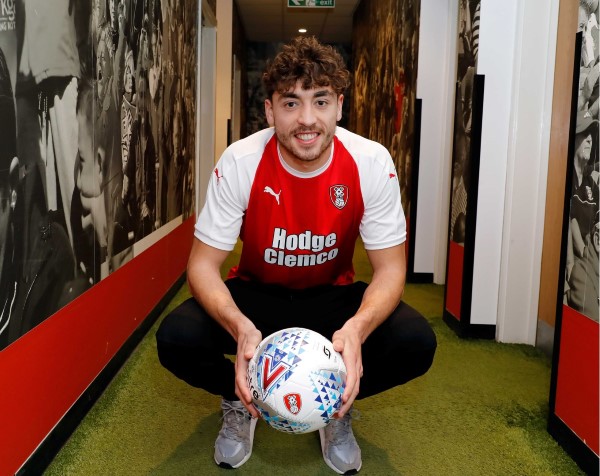 Last season he made 34 appearances, scoring four times and during the current campaign he has played 23 times in all competitions for Keith Curle’s side, netting six goals.

After starting his youth career with Manchester United, he made one senior appearance for Huddersfield before impressing Accrington Stanley during a loan switch.

He signed permanently for Stanley before catching the eye of Scottish giants Rangers who swooped in 2016, with Crooks signing a four-year deal.

His opportunities were limited in Scotland but a loan move to Scunthorpe kick-started his career which accelerated again after a permanent move to Northampton in 2017.