Rotherham United boss Paul Warne is facing a number of possible selection deliberations ahead of tomorrow’s Championship showdown with Brentford.

The Millers boss has confirmed he is without Joe Newell (groin), plus one more unnamed player, whilst Sean Raggett (tooth) is also a doubt.

It isn’t a totally gloomy outook though for Warne, as he is set to welcome back midfielder Richie Towell from a three-match ban, whilst new signing Matt Crooks is also available after completing a move from Northampton Town. 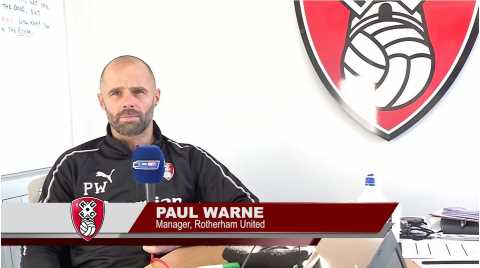 Warne will have to weigh up his options after also confirming Kyle Vassell won’t be ready for the visit of the Bees, who arrive on a six match unbeaten run in all competitions.

“We have a couple of issues,” Warne informed iFollow Millers.

“We have to see how Sean Raggett is. Kyle Vassell has trained this week but I don't think he's near enough for the squad.

“Joe Newell is still out, and I have another of my main players out for a few weeks but I don't really want to name him.

“We are a little low on numbers but in adversity comes strength. There is no big drama, everyone has injuries and suspensions to contend with and we are no different.” 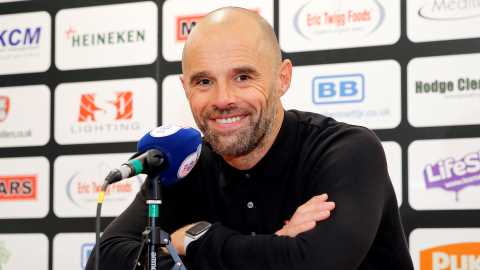 Defender Raggett put his head literally on the line during last weekend’s clash with Ipswich, after a challenge which left him without his front tooth.

After being forced off at Portman Road, Warne admits the Norwich loanee is a doubt, but also revealed he has been involved in training this week despite the nature of the injury.

“Sean's a bit of a warrior,” Warne reiterated.

“He's seen the dentist after going to the hospital after the game. He's trained with a plug in his mouth, but when he heads the ball he can feel pain. It is later in the week now (Thursday) so he might feel a little better. We'll make a judgement call on whether he plays later on.”

There is a full pre-match rundown with Paul Warne on iFollow Millers now.