HE may often be the Millers lone ranger in the business areas of the pitch, but tall frontman Michael Smith would not have it any other way.

The widely-travelled striker is, undoubtedly, the focal point of Rotherham’s attacking intentions, by being asked to shoulder the burden of holding up the play and bringing the midfield cavalry into the game at every opportunity.

With Millers boss Paul Warne forced into employing a five-man midfield to combat the Championship’s elite, Smith has become a firm favourite with the ‘Red and White Army’ by his willingness to lead the line and occupy the attentions of Championship defenders, despite often being pulled from pillar to post while regularly being outnumbered in the final third. 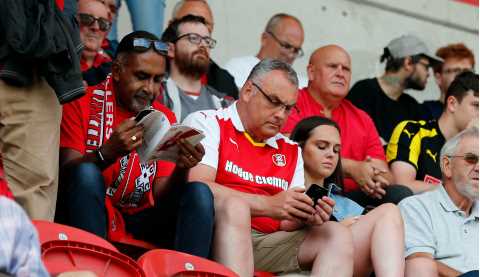 Smith admits unselfishly, that he is relishing the role and responsibility of being the spearhead of the Rotherham attack.

“I enjoy it. It’s always going to be a scrap and a fight for every ball but I’ve enjoyed it both in League One and the Championship – although it’s obviously a lot harder at this level,” Smith insisted.

“I’m getting the support from midfield in every game, so credit to the lads. We do go a bit direct, especially to me, from goal kicks, but the lads go for the second balls, which is tough, but we do not moan about it we just get it done.”

Smith may have plied the vast majority of his footballing career in the bottom two divisions but the Wallsend-born striker has made a seamless transition to the demands of England’s second tier – with Smith proving a handful for some classy Championship defensive operators, in the first half of the campaign.

The former Swindon Town and Portsmouth striker has also chipped in with some vital goals, during the current campaign – with his goals contributing significantly to the Millers current points haul. Decisive strikes in the home victories over Ipswich and Preston, aligned with goals on the road, during the draws with Blackburn, Preston and local rivals Sheffield Wednesday have helped Warne’s side keep their heads above the Championship relegation zone.

However, after some impressive performances on the road recently yielded no points, Smith was quick to bemoan the fact that his side are not sat more comfortably in the Championship standings, as the Millers hopes of climbing the table have been undermined by their inability to turn a number of draws into victories. 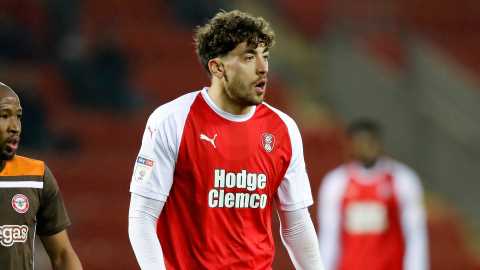 “We know we shouldn’t be anywhere near the bottom three,” Smith insisted.

“Results have not gone our way in previous games, but it’s up to us to put that right on the training pitch and put that into practice on a Saturday.

“We know amongst ourselves what we have got in the dressing room. We know results have not been good enough. We have drawn too many games when we should have turned those draws into victories. We have to keep working hard and I’m sure it will turn.

“It’s a massive month for us. We are coming up against a lot of teams in and around us, so hopefully we will start turning those draws into wins.”