Rotherham United striker Jerry Yates has vowed to do all he can to grasp his latest Championship opportunity after being recalled from his loan spell at Carlisle United.

The academy graduate impressed this season during his temporary stint with the League Two outfit, after helping spearhead their rise into Play-off reckoning.

Yates was forced to play a role for the team in his early outings at Brunton Park, often used as a wide player under then-boss John Sheridan. 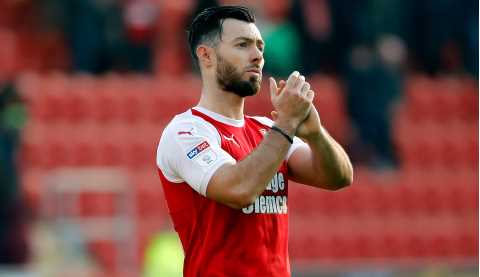 But a switch to a central striker just prior to the conclusion of his stay resulted in a glut of goals, and the youngster is keen now to continue his recent momentum with the Millers.

“It was good to get out and get the experience,” he told www.themillers.co.uk

“It was tough at first because I was playing out wide on the left, which is a position I have had to learn. It is different to playing through the middle, but it was a job I was happy to do for the team and to get some vital experience. Once I was switched down the middle I really enjoyed it, playing games and scoring goals, it was good for me. Now I’m back I am relishing the prospect of trying to break into the team, and looking forward to the challenge.”

In his last four outings for the Cumbrians, Yates plundered five goals to take his overall tally to seven. After a striker shortage at his parent club, Yates’ prolific stint did not go unnoticed by boss Paul Warne who promptly recalled the 22-year-old before thrusting him back into the Championship limelight, by bringing him off the bench against Ipswich Town last weekend. 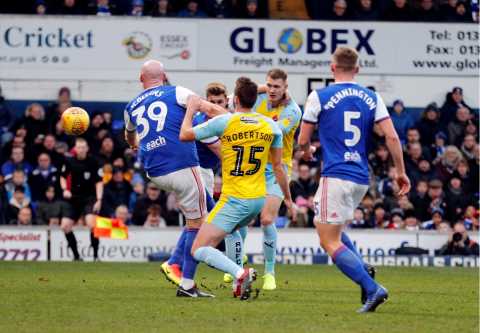 The cameo at Portman Road wasn’t his first taste of football in the second tier, after starring for the Millers in difficult circumstances during the 2016/17 relegation campaign. Despite the team struggles, Yates netted in the 2-1 victory over Norwich as part of 21 appearances, mainly from the bench, in what was a breakthrough year.

Last season it was largely agreed that Yates’ impact alongside David Ball started the surge which brought about promotion to The Championship, with Yates further enhancing his EFL reputation this season with some impressive displays at Carlisle.

Now back at the AESSEAL New York Stadium, Yates admits he’ll have to step up his game as he looks to adapt to the pace of Championship football again.

“Obviously I am now operating at a much higher level so I need to step my game up again, but I am looking forward to the challenge. It is good to hear that what I've done at Carlisle has been noticed, and it is nice to see the manager put his trust in me by bringing me on last weekend.

“It was frustrating not to get goals at first, but once the first one went in it came back naturally to me. It was a good spell for me, and now my aim is to try and bring that form to Rotherham.

“It was good to be playing consistently, and just through playing I felt a lot stronger and quicker. It was a good spell for me, and I have learned to read the game much better as well. It was just what I needed. Now I'm back, I want to keep progressing. I need to get my head down now and try and get in and help the team here. Whatever the gaffer needs me to do, I'll do it.”