HE may have got the weight of expectation of being Rotherham United’s major mid-season recruit, but athletic midfielder Matt Crooks has already seen enough from his new squad to suggest that they can drag themselves away from the Championship relegation mire.

Since making the switch from Northampton Town a month ago, Crooks has made an instant impact in Rotherham colours – with his willingness to burst from the midfield engine room, at every opportunity a particular feature of his play.

Despite being in the embryonic stages of his Millers career, Crooks stressed that he is determined to take his Championship chance with both hands. 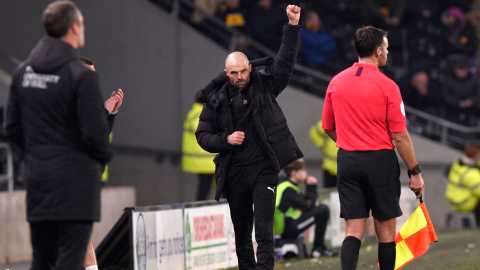 READ | Our character is ‘unbelievable’ - Warne

“It’s been a good month or so. I’ve enjoyed it.” Crooks enthused.

“The lads are great and the gaffer and the coaching staff have helped me. I already knew people here so it made it easy for me to settle in. They are a closely-knit group and there are no bad eggs in the side.”

Following his recent switch, Crooks had to bide his time for his first team opportunity but after a couple of impressive cameos from the bench, the former Rangers and Accrington Stanley player made his full Millers debut during the goalless draw with Millwall.

With The Den being no place for the faint-hearted, Crooks rose to the challenge with great aplomb and he was rewarded by keeping his place for the score draw with Wigan Athletic – where he was arguably, once again, one of the Millers standout performers.

With competition in the Millers’ engine room fierce, Crooks was amongst a strong looking bench for Saturday’s game against Sheffield Wednesday, but his contribution hasn’t been missed after another impressive cameo at Hull.

Speaking recently, Millers boss Paul Warne believed that Crooks had the capability to add dynamism to his midfield options and the 25-year-old, who jumped two divisions in the move to the AESSEAL New York Stadium, revealed that he has been asked to use his physical attributes, in the make-or-break areas of the pitch – with the Millers finding goals hard to come by for much of their Championship campaign. 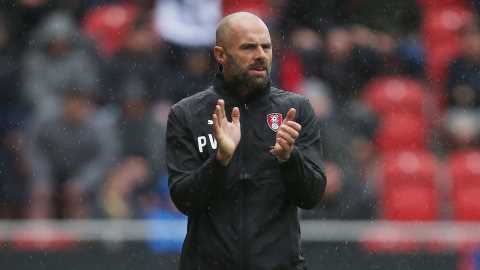 “I’ve been asked to get forward when I can especially with Semi (Ajayi) sitting,” Crooks added.

“I use my legs to get into the box and give a little more attacking intent for the team.

“The Championship is different. It’s quicker and the players are stronger and more technically gifted and in general are better players but I’ve enjoyed the challenge.

“I’ve still got a lot to learn and a lot to improve upon but everyone is helping me along and I hope I can show the supporters that I can add to the team.

“There is lots of spirit in the camp and we go into every game believing we can win or at least get a point.”