Rotherham United were delighted to team up with the Free Kicks Foundation as part of our Random Act of Kindness initiative for the game against Sheffield Wednesday.

Young supporter Harry was given the opportunity of a lifetime at the South Yorkshire derby against the Owls, as he led out the Millers as mascot onto the hallowed turf at AESSEAL New York Stadium.

Harry also had the opportunity to meet the Millers first team players before enjoying a kick about on the pitch as the stands filled up ahead of the game against Sheffield Wednesday.

Everyone at Rotherham United would like to thank the Free Kicks Foundation for facilitating the mascot package.

We hope you had a fantastic day Harry! 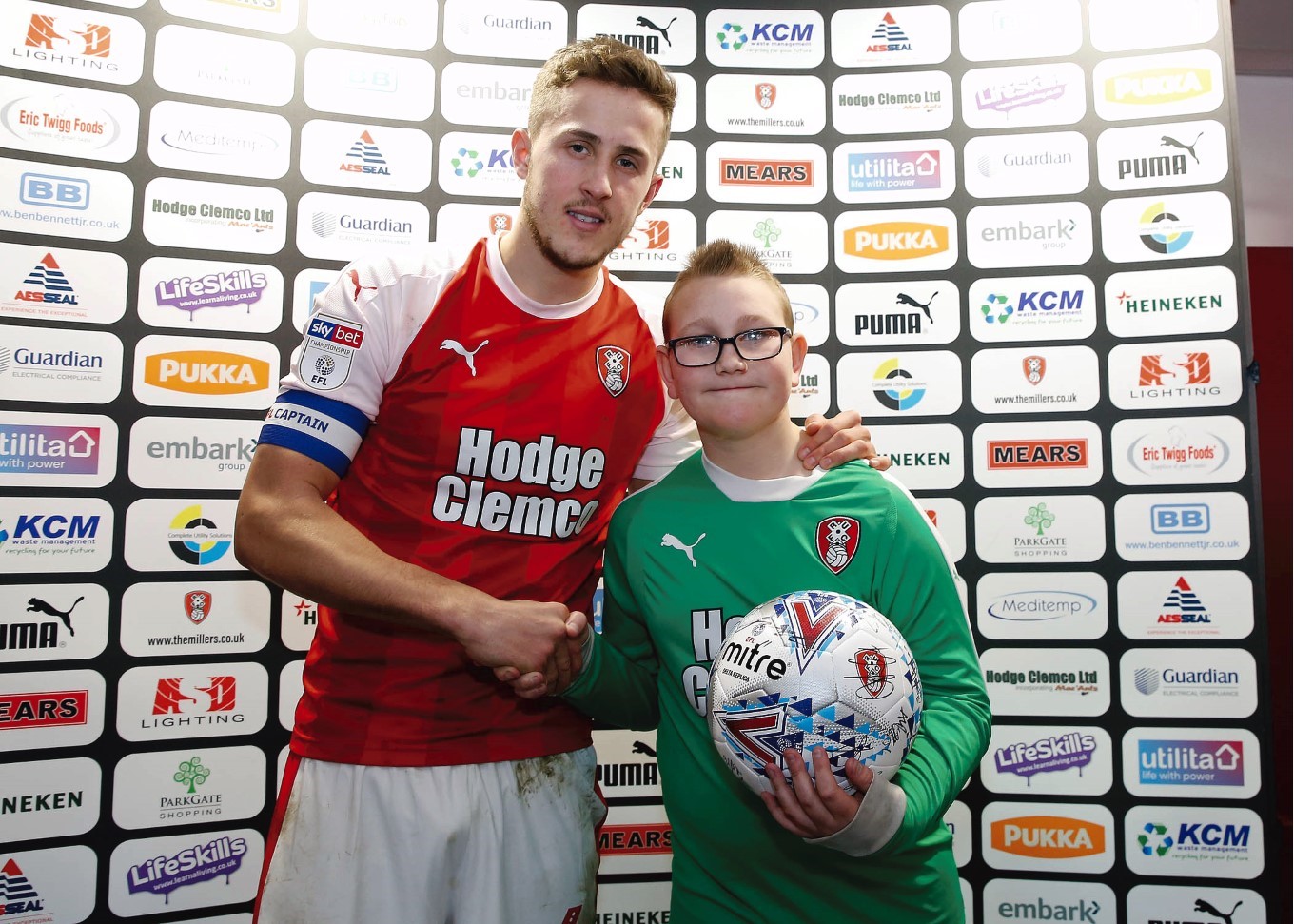