It is fair to say that the electric atmospheres of a South Yorkshire derby are enjoyed by all those who attend. The buzz around the AESSEAL New York Stadium prior to kick off is unrivalled by many other experiences in football, other than for those involved in our Random Act of Kindness against Sheffield Wednesday.

A group of lucky young supporters were randomly selected from the crowd, having taken their seats early for the clash with the Owls, to come pitchside into the inner sanctum of the Millers home dugout, where Paul Warne and his staff would be seated just minutes later.

As they soaked up the pre-match vibes with the warm-ups well-underway, they also had the opportunity to top up their autograph books with the signatures of their Millers favourites ahead of kick off, as well as getting a prime view of the lads being put through their paces.

The Millers will be running the Random Act of Kindness scheme throughout the season, so make sure that you get into the ground early to be in with a chance to being selected for the ‘random act’ taking place on the day! 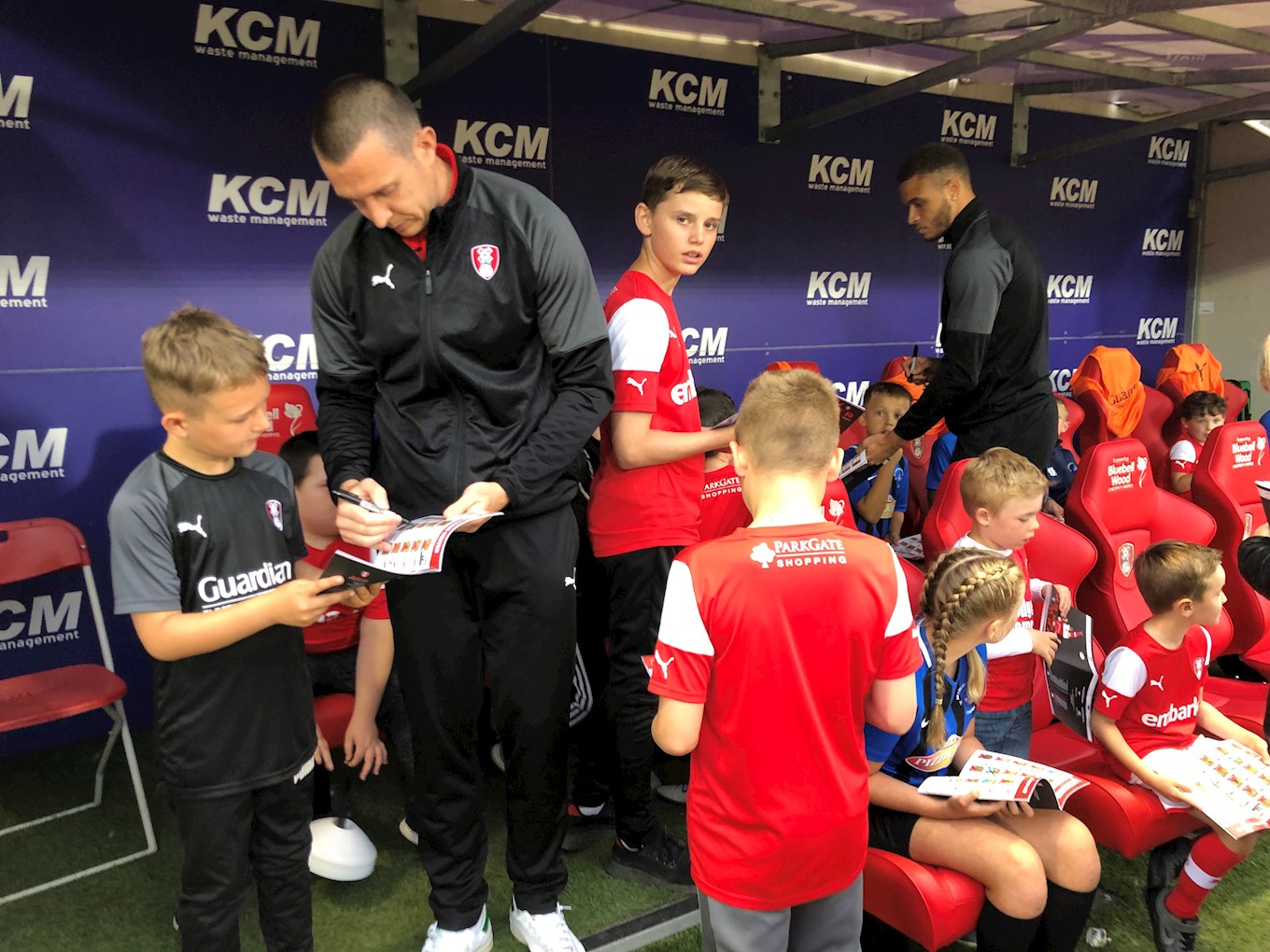