Paul Warne’s Rotherham United face a trip to AFC Wimbledon for their first game of the 2019/20 season in the Sky Bet Championship. Here, we take a look at who the Millers will be facing in our opposition analysis…

Walter Downes will be the man in the dugout for AFC Wimbledon on Saturday. The 58-year old was a midfielder in his playing career and became Wimbledon’s first ever full-time Football League apprentice. He started his career at Wimbledon and made over 200 appearances, before having further spells at Newport County, Sheffield United and Hayes.

However, after four broken leg injuries, Downes retired and took a coaching position at Crystal Palace, spending twelve years at the club. He has spent coaching spells at a whole host of clubs, both in England and India, including Reading, Southampton, Kerala Blasters and Jamshedpur. He joined AFC Wimbledon in December 2018 and helped the club avoid relegation on the final day of last season.

AFC Wimbledon finished 20th in League One as well as reaching the fifth round of the FA Cup. In their pre-season preparations, they have played nine fixtures including playing two current Premier League sides in Crystal Palace and AFC Bournemouth. In those friendlies, they have won two, drew one and lost six. They have scored fourteen goals throughout pre-season, but have conceded nineteen goals within those nine games.

This will be only seventh time these teams have faced each other since the reformation of AFC Wimbledon in 2002. Rotherham have won five of the six previous fixtures, with Wimbledon winning 3-1 in October 2017. The last time these teams faced, Rotherham won 2-0 in February 2018. Goals from Michael Smith and David Ball in each half sealed all three points for the Millers that day. 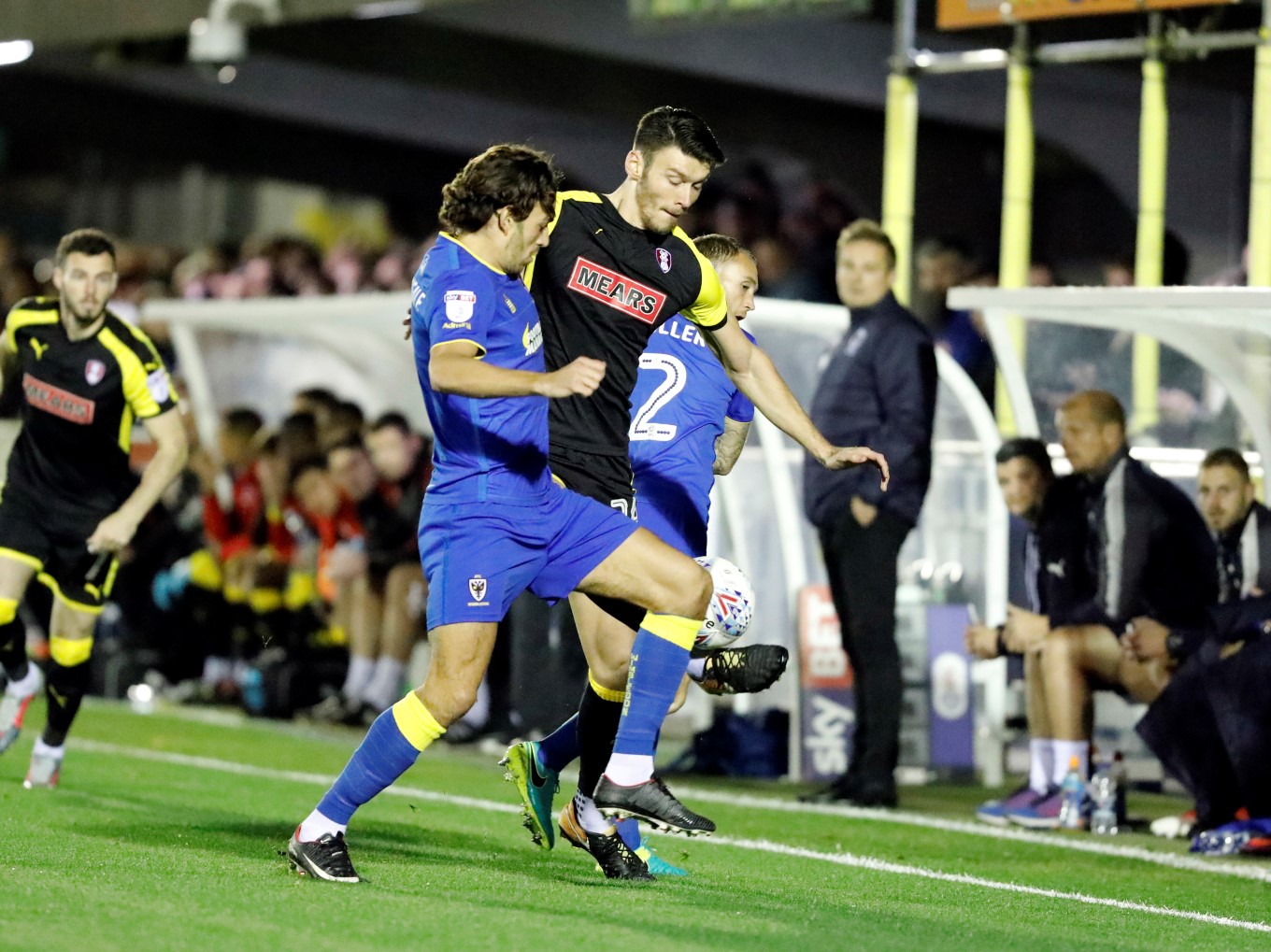 Our Ones to Watch start with goalkeeper Nathan Trott. The 20-year old joined on a season-long loan from West Ham United and his highly rated by the Hammers. The Bermuda-born keeper won the UEFA European U19 Championship with England in 2017 and will be competing against New Zealand international Nik Tzanev, with the 22-year old featuring predominantly in Wimbledon’s pre-season.

In defence, Will Nightingale has been confirmed as the new captain for the 2019/20. The 23-year old centre-half has made ninety-three appearances for his hometown club and was ever present in their Great Escape from relegation last season.

In midfield, new signing Callum Reilly could make his debut for his new club. The 25-year old joined on a free transfer from Gillingham and scored five goals in twenty-eight appearances for the League One club last season.

Up front, Joe Pigott is the clear danger man up top. The 6ft 2in striker scored eighteen goals in all competitions last season for Wimbledon and has represented a host of clubs on loan since breaking on the scene with Charlton Athletic including Luton Town and Newport County.

Can't make it to AFC Wimbledon?

iFollow Millers has the action covered from the Cherry Red Records Stadium, with live match commentary and all of the reaction from Paul Warne.