Season ticket sales for the 2019/20 campaign are already quickly approaching the 4,000 mark.

After going on sale just 12 days ago, there has been an impressive response from the Red and White army, with sales surpassing early expectations.

Current figures are considerably higher than at this stage last season, and there has been a noticeable spike in numbers after the performances against Nottingham Forest and Stoke City.

As Paul Warne’s team continue their fight to beat the drop, many supporters have taken up the opportunity to buy or renew in the first phase of sales to bag their season ticket for the cheapest possible price. 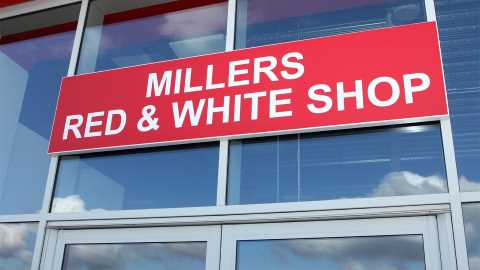 Season tickets for all supporters are available at the new and renewal prices until 5pm Tuesday 4th June.

After this time, season tickets will be available at the general prices detailed on the link below. To guarantee your season ticket for the cheapest price next season, you will need to sign up in this first sale period.

Current season ticket holders have until 5pm on Tuesday 4th June to renew their existing seat. From 9am on Wednesday 5th June all the seats that haven’t been renewed will be released for general sale.

Renewal prices for adults are starting at £355* with ‘new’ season ticket holders able to purchase a ticket from as little as £395**.

Supporters renewing their season ticket will pay from £15.43* per match over the course of the season with new season ticket holders watching the Millers from as little as £17.17** per match.

Under 8 season tickets in our Ben Bennett Family East Stand remain at £30 for the season when purchased in the seat next to their parent or guardian.

The Millers are also continuing with the hugely popular direct debit scheme which allows supporters to pay for their season ticket with eight or nine equal payments which are interest free.***

Supporters have until 5pm on Tuesday 23rd July 2019 to take advantage of this payment method.