Will Vaulks talks to www.themillers.co.uk...

His recent international call-up couldn’t have arrived at a better time for Will Vaulks, who is set to return to the Millers squad for the first time in almost a month.

The all-action midfielder has been serving a three-match suspension following a red card against Sheffield United back in early March.

Vaulks missed the victory at QPR and the home game against Norwich, and it looked as though he would be denied further competitive action by the international calendar, taking his absence to almost four weeks after sitting out his last game at Derby.

But Vaulks was given his first call-up to the Wales senior setup, playing 90 minutes against Trinidad and Tobago, and also enjoying a late cameo in the qualifier against Slovakia. 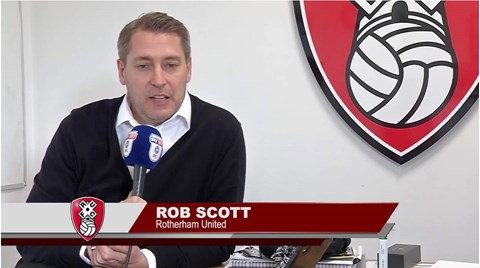 Vaulks admits the competitive action was vital in order for him to stay sharp, as he readies himself for possible inclusion against Forest this Saturday.

Will told www.themillers.co.uk: “I was thrilled to receive the call up, and to be honest it couldn’t have come at a better time for my club career as well. Being suspended, it was important to keep playing because that would have meant a long time without football for me.

“It was good to get some game time so early on. Obviously to play 90 minutes in the friendly was brilliant, to be honest I was just hopeful to be involved in some capacity. To start, play a full game and have a hand in the goal was a great experience. To come on late in the qualifier, the thing I was most pleased of about that was the manager trusts me to go on and do a job for him. It was a crazy week. It happened so quick, but I really enjoyed the experience.”

It has been a rapid rise for the popular 25-year-old, who was plying his trade for the likes of Workington in non-league, and Falkirk in the Scottish second tier for much of his early career.

Since joining the Millers in 2016, Vaulks suffered the pain of relegation in his first season, but was then one of the stand-out performers as Paul Warne’s side earned promotion back to The Championship at the first time of asking.

Vaulks has established himself as one of Warne's top performers this season, leading to his call up for Wales.

Considering his path to the international stage, the Wirral-born operator admits it was a little surreal lining up alongside the likes of Gareth Bale, whilst also listening to current Wales coach, and Manchester United legend, Ryan Giggs. 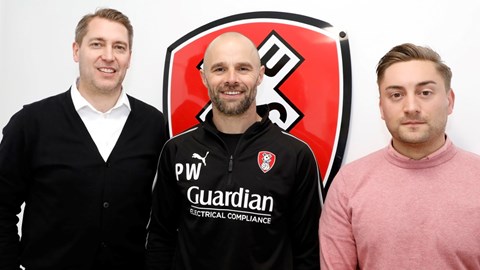 He added: "When you are listening to someone who has achieved so much in the game (Giggs), and he is the manager, it is a little crazy.

“I suppose at the end of the day, the relationship is virtually the same as it is with every other manager I have played for. You respect what they say to you, and listen to some of the other senior professionals in the setup who have played at the top level for a long time. It was great to learn, I was trying to be a bit of a sponge and take as much on board as I could.”

With Vaulks qualifying for Wales through his mother, the versatile performer says his caps will be sent home where they will be well received in the family homestead.

He continued: “I am going to give the caps to my Mum. She is the reason I am able to play for Wales, and she is very proud, like I am, of my Welsh heritage. I think it means a lot to her with her Mum and Dad unfortunately not being here anymore. It reminds her of them, so I'd like her to have it.”