Midfielder Matt Crooks as echoed the sentiments of many of his teammates, stressing the Millers will fight to the bitter end in order to preserve their Championship status ahead of tomorrow’s trip to West Bromwich Albion.

The Millers know their fate is out of their hands, but a positive result tomorrow, coupled with other scores going in their favour, could yet bring about a grandstand finish to the Championship campaign.

Crooks, a man in form in front of goal with three in as many matches, has come to the fore in recent weeks after showing signs of real potential following his January switch from Northampton Town.

Whilst understanding the difficulty of the task ahead, the 25-year-old is adamant that the belief amongst the players will remain, whilst there is still an opportunity to upset the odds by staying in the division. 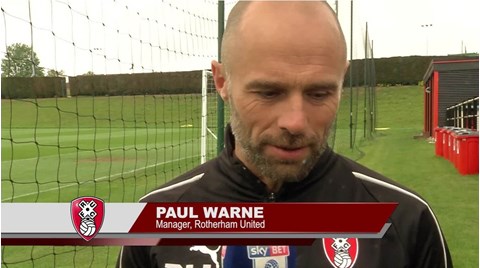 He told www.themillers.co.uk: “I understand that the table doesn't look great but there are still two games left, and who is to say that Millwall won't drop points. It is still possible and whilst it is still possible all the lads will keep believing.

“I am certainly not looking at the situation thinking it is over. The season is not done, and we owe it to ourselves and everyone associated with the club to keep going. That's exactly what we'll be doing. The main focus of everyone here is to keep going.

“The lads have come back in this week and we have prepared well for the game on Saturday, and we'll obviously be going into the game seeking a positive result. We have shown at various stages in games that we have more than enough to compete, it is just stringing it all together throughout the course of 90 minutes.”

The Millers have produced some notable performances in recent away outings against the likes of Stoke City and Swansea, but it has been their inability to convert their dominance into points which has seen Paul Warne’s side remain in the relegation places.

Warne’s side produced another gutsy display in the first-half against Birmingham City on Easter Monday, but were unable to see the job through in the second-half.

Crooks says a complete display is a must with no more margin for error, as the box-to-box operator looks to build on some positive team performances, by extending their good passages of play right until the final whistle.

Crooks said: "We need to ensure that if we are in a strong position, that we see it out over 90 minutes. We have put ourselves in some good positions over recent weeks, it is just frustrating that we couldn't take advantage of some of the situations we have worked hard to get ourselves into. We have two games now to show we are capable of going for the full 90 minutes.”

Since bagging his first Rotherham United goal in the comeback against Stoke City, Crooks has followed it up with a well-taken goal in the narrow defeat to Swansea, and also netted the opener in the home game against Birmingham.

Should he get the nod tomorrow, the West Yorkshireman aims to continue the streak, but emphasised it is about the team performance, first and foremost, as the Millers look to find a way past a very strong West Brom outfit.

Crooks added: "It is nice to score goals, although obviously the end result is more important. It is nice though to be playing and it is a bonus that I've got a few goals as well. Going back to my former clubs I do have a habit of going on little runs of scoring goals, so I'd like the run to continue and if possible make it five in five before the season ends.

“I've really enjoyed my time here so far. I feel like I have got better as a player, I'm fitter. I am starting to really adapt to the demands now. It is obviously going to take time, but I've played at a decent level before so I know my belief was that if I worked hard, listened to the staff, then I would give myself a good chance.

“West Brom are a good side, they have been up and around the top end all season. They are cemented in the play-offs, so we aren't sure if they'll make changes. We just have to focus on ourselves. When we get opportunities we need to take them, and we need to defend well. If we can do that, we'll give ourselves as chance.”