Rotherham United manager Paul Warne faces a decision over his full-back positions ahead of tonight's clash with Aston Villa.

The Millers manager was forced to withdraw Joe Mattock and Billy Jones in the victory over Nottingham Forest on Saturday, through illness and injury respectively.

In their absence, Clark Robertson and Michael Ihiekwe both deputised admirably, whilst Zak Vyner has also been pressing his case for a recall.

Warne confirmed that Mattock is fit, should he wish to include him, whilst a decision will be made late in the day on Jones. 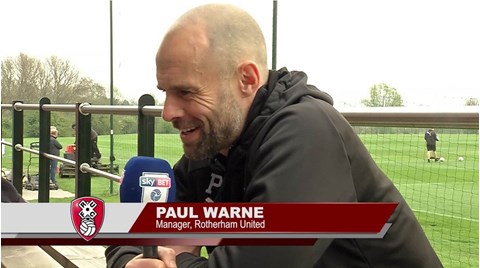 Warne told iFollow Millers: "I think Joe Mattock is good, we are not so sure about Billy as yet. Joe is fine, he has trained. I don't like to take any risks with anyone, so if they aren't 100% fit then they won't play. I don't see any other issues from Saturday, and no-one has any aches or pains greater than normal so we should have a fit group. We'll go into it with some confidence against a very good team, and we'll see how we get on."

With Will Vaulks back from suspension, and Kyle Vassell also back amongst the matchday squad, Warne's hand is getting stronger at a crucial time of the season.

Vaulks made a successful return to the engine room at the weekend after a three-match ban, whist Vassell was included on the bench for the first time since February.

Warne says that the ex-Blackpool striker is ready to play a part when required, but admitted he faces a fight for a place following the form of Michael Smith, who himself returned to the side from illness. 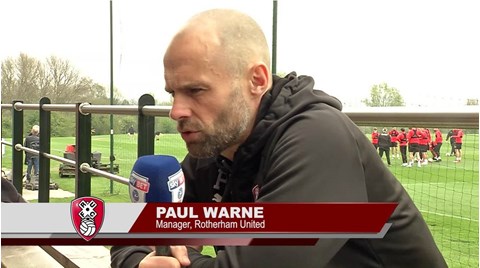 He added: "Kyle is ready to play, and like it is with all the subs, they come on if there is a lack of form or lack of performance of the person who plays in their position. As such, he is behind Smudge, and he is pretty formidable. On Saturday, he was very good, so there was no way I was taking him off the pitch. If the game needs us to go two up, then obviously Kyle is there for me."

The Millers host an in-form Villa side tonight who are currently enjoying a six-match winning run which has propelled Dean Smith's side into the Championship's top six.

Warne continued: “It should be a good game. We are a good home side, and we'll need to try and take the game to them. They are obviously very good. The players they'll have on show will be a tough ask for our lads, but then every game is. Forest wasn't an easy game either. We may need some lady luck, we'll obviously need to take our chances. As always I encourage the fans to really get behind the lads. It has a massive effect at home, hence why our results have been so good.”