Rotherham United boss Paul Warne admits his side are learning quickly ahead of the resumption of the Sky Bet Championship campaign this weekend.

After a difficult start away at Brentford, the Millers showed all their fighting qualities to record home victories over Ipswich and Millwall, but when looking good to add to their points tally last time out, they conceded a late goal against Wigan.

Whilst Warne still feels his side would have been good value for a point at the DW Stadium, he is taking the positives from the start to the campaign.

"I do think that we can compete with a lot of teams in this league and we are always carrying a goal threat," he told www.themillers.co.uk

"It still thought that we deserved to get something from the Wigan game, so that was a little disappointing but we did take a little fatigue into the match from the Everton game.

"That's no excuse but I think after the opening month the league is as hard as we expected. We expected the top teams to be really good, so I am not telling anything we didn't already know - they will be really tough games. We need to start picking up some points on the road, but I think the lads are now well aware of what the games entail and the standards that they need to reach." 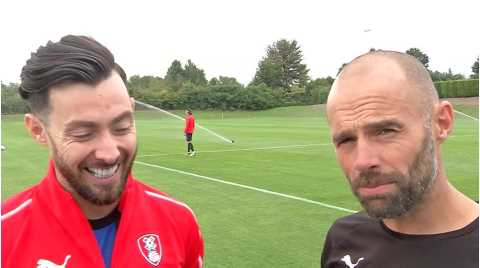 With the second tier looking as strong as it ever has, Warne is aware of some stern challenges ahead with the likes of Derby, Aston Villa, Nottingham Forest and Stoke to play before the end of September.

But Warne has seen a progression in his side, and believes the learning process from the opening month of the campaign will only stand them in good stead.

"Even though we have lost a few, we have always tried to learn from it," he continued.

"We have always taken the positives. We have watched all the games back intently. From the Wigan game we looked back and said we were probably three or four yards too deep in the first-half, and when we had a better line in the second-half we looked a much better prospect. We need to be braver with our defensive line, but generally we are pleased and we have used the break productively to get more information into the players."