We’re near the ten-game mark in the Sky Bet Championship season with a number of surprises so far. Sporting Life’s Tom Carnduff previews the upcoming action.

As has been the case for most of the early parts of the season, Leeds United continue to the lead the way at the top of the table.

Marcelo Bielsa’s side extended their lead to three points in midweek as they saw off Preston at Elland Road. 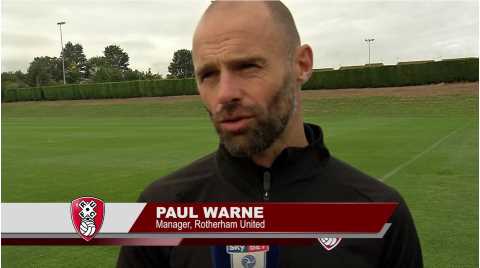 They’ll be looking for another victory on Saturday, although former boss Garry Monk will be aiming to secure Birmingham’s first win of the campaign.

Sitting one point below the Whites is Middlesbrough, who bounced back from defeat against Norwich as they beat Bolton in midweek.

That loss at Carrow Road was a first of the season for Tony Pulis’ men, and they’ll be looking for consecutive victories when they welcome Swansea.

Another side who have started the season in great form is Brentford. The Bees sit two points outside the automatic spots after being held by Ipswich on Tuesday.

They’re on the road again on Saturday, where they take on a Derby side who are looking to halt a run of two games without a win.

Frank Lampard’s Rams drew with Blackburn in midweek, and Tony Mowbray’s men face a tough task away at Stoke who are starting to get going after a slow start.

Sitting a place above Rovers is Sheffield Wednesday, who like Derby are without victory in two after losing to Nottingham Forest last time out.

They take on Aston Villa, where victory for the hosts could see them in the play-off positions by the end of play.

One side in the top-six is West Brom. The Baggies are the division’s top scorers so far with 20 in eight games, and they welcome Millwall who have just one win this season.

Neil Harris’ men were beaten by QPR in front of the Sky Sports cameras in midweek and Steve McClaren will be hoping the R’s upturn in form continues against Norwich.

They have won three of their last four, which started with a home win over Wigan.

The Latics have seen mixed results in recent weeks. They did beat Hull in midweek and, like Villa, victory could fire them into the top-six.

It won’t be an easy task though, Bristol City stand in their way who have four wins from their last five.

Given the form of these two, it should be an entertaining televised clash on Friday night.

Ipswich will be aiming for their first win of the season after a good point against high-flying Brentford.

They take on Bolton who are winless in four, picking up a single point from a possible 12.

Also looking to move out of the relegation zone is Preston. They have failed to win since opening day success over QPR, and a tricky looking trip to Sheffield United awaits them this weekend.

Occupying the final spot in the bottom three is Reading. Paul Clement’s Royals have five points so far but will be hopeful of moving that tally onto eight when they welcome Hull.

The Tigers have wins over Ipswich and Rotherham thus far, and they will be looking to draw upon the confidence gained from the win over the Championship’s bottom side last Saturday.

Aitor Karanka’s side have lost just once this season, although they sit in 11th with eight of those games ending in draws.

Forest are back in front of their own fans this time. They welcome Rotherham who have secured two wins in their last four outings. For more markets click here.

Sporting Life has a Sky Bet Championship podcast which is released every two weeks. In this week’s episode, Gareth Jones and Noel Whelan are joined by former Leeds and Preston manager Simon Grayson to talk all things regarding England’s second tier. You can listen to the podcast by heading here.