Manager Paul Warne is set to make it 100 competitive games at the helm at tomorrow night’s clash with table-toppers Middlesbrough.

The Millers chief initially took the managerial hot-seat as a caretaker with game one against Burton Albion back in 2016.

Fast forward to 2018 and Warne has revolutionised the Millers after sensationally guiding his side back to The Championship following Play-off final success against Shrewsbury Town last season. 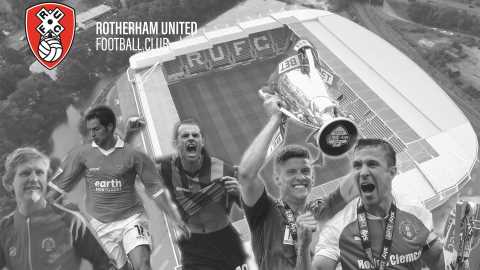 READ | Millers taking bookings for ‘Time of our Lives 3’

Warne now turns his attention to Middlesbrough as he aims to maintain what has been a solid start to life back in the second-tier following Saturday’s 1-1 draw against Bolton Wanderers.

“In the first few months of the job I had no intention of doing it,” Warne told the press after Saturday’s game.

“I was just helping the club out. I didn’t have the qualifications – I never really backed myself to do, it was the Chairman who convinced me that I had the characteristics to do it.

“I then surrounded myself with really good people and that takes the pressure off me. I’ve got to 100 games because we have recruited really good players who buy into what I want and give me everything they have got.

“I have surrounded myself with really good coaches, and a really good medical team and collectively we have got me to 100 games. 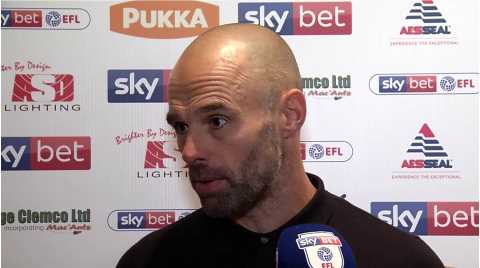 “My highlight is Scunny at home, second-leg. The season goes on forever, and I just kept thinking that the lads have done really well, and winning at home with your own fans here to get to Wembley is pretty magical. To be fair that eclipsed Wembley for me because I remember coming into the changing room and everyone was buzzing. Everyone around the place was buzzing, the town was buzzing.

“It is a pity we didn’t go into this game (Middlesbrough) with a win. I don’t think many will have us down for a win at Middlesbrough, but that sort of suits us, I don’t mind being the underdog - there’s no shame in that.

“We’ll reshuffle the pack, we can be competitive and hopefully the lads can get the points I believe their performances deserve away from home.”