Rotherham United's Richie Towell is determined to fulfill his international ambitions after making back-to-back provisional squads with the Republic of Ireland.

The Brighton loanee, alongside Ryan Manning, were both named by boss Martin O'Neill in the initial squad, before being released back to the Millers after the final group was confirmed last week.

For Towell, this is the second time he has been on the cusp of an appearance in a full senior squad, with the 27-year-old determined to keep working hard to ensure he goes one better next time around. 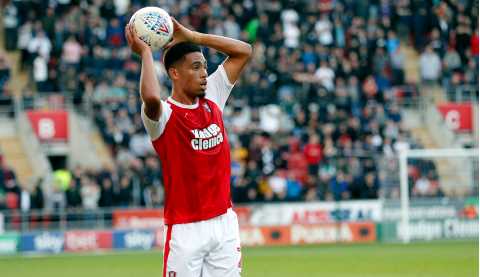 "It was a great honour to be named in the provisional squad," Richie told www.themillers.co.uk

"I feel like I am getting a little bit closer, that's two provisional squads I have been named in now. The next step for me is not just to get into the final squad - as a player you always want to represent your country, and that is my aim.

"Obviously before this season I hadn't been named in any senior squads, so to be named has been great but whilst I am proud there is still some work to do, I need to keep concentrating, working hard and hopefully my time will come. If I am playing well for Rotherham, then the two will link in with each other. I am keeping my feet on the ground, I know the standards and I am determined to keep meeting those standards for Rotherham."

Towell has become a firm favourite with the Millers faithful after playing a starring role for Paul Warne's side as they earned promotion back to The Championship at the first time of asking.

The likable midfielder looked set to end his association with the Millers after Play-off success at Wembley, as Warne was forced into an agonising wait to see if another loan stint was possible.

In scenes similar to his initial arrival, a deal was finally concluded close to deadline day, with Towell easing seamlessly back into life in South Yorkshire. 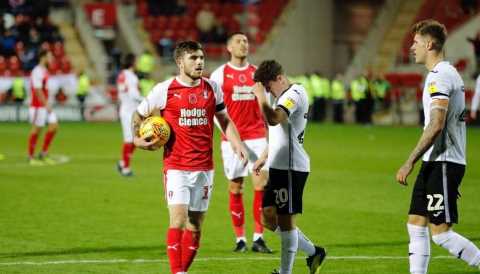 After cementing his place back within the heart of the Millers' engine room, Towell is keen to keep standards high, which in turn could help his next ambition of becoming a fully fledged international.

"It will be great if I can make the jump, not just for me but for all my family," Towell added.

"They, and my friends, were over the moon that I managed to get into the provisional squad. I've had a lot of messages of support which is great, and that will spur me on to keep going and make that break into the full squad. To represent my country would be a dream come true and a real honour. My focus now is with Rotherham, I want to keep playing to the best of my ability and we'll see where that takes me."